On October 13th, Venezuela’s representative to the UN Samuel Moncada denounced plotting by the United States and Colombia against Venezuela’s democratically elected government at the UN Security Council.

These latter comments suggested that U.S. policy has not changed from the Trump era, despite the arrival of a Democrat to the White House.

While Venezuela possesses massive oil reserves, the Venezuelan government never denied the U.S. access to its country’s oil and, as late as 2017, Venezuela remained the U.S. economy’s third-largest foreign supplier of energy.

The true fear of U.S. officials is that a country with significant mineral resources and poor communities (a.k.a. Ranchos), has tremendous potential to develop an independent path and succeed in raising the standard of living for all its citizens, not to mention help out other countries in the region.

Throughout much of the 20th century, Venezuela was ruled by an Us controlled oligarchy which monopolized the country’s oil wealth. At the same time Canada was mining the world’s largest gold reserves.

In February 1989, in what became known as the Caracazo, Venezuelan security forces killed hundreds and possibly thousands of poor people who had risen up in revolt against an International Monetary Fund (IMF)-imposed structural adjustment program that had resulted in a rise in fuel prices and bus fares.

The program was imposed by President Carlos Andrés Pérez (1974-1979; 1989-1993), who had campaigned saying that IMF programs were like a neutron bomb that killed people but left buildings standing.

During the 1980’s, Hugo Chávez had been secretly building a leftist movement within the Venezuelan military, which gained recruits and intensity after the Caracazo.

When Chávez was elected president in 1998, after a failed coup attempt six years earlier, he had the support of poor people in Venezuela’s cities who organized into self-help organizations and popular militias.

The goal of the revolution was to restore Venezuela’s economic sovereignty, empower the poor and Indigenous people, and revitalize the legacy of Latin America’s great liberator, Simón Bolívar. However the Western press presented him as dictator.

Once in power Chávez—unlike Pérez—followed through on his promises to change Venezuela’s political-economic system.

By 2013, Chávez was eliminated and died of cancer, but poverty and inequality had been reduced substantially, literacy had increased!

Venezuela’s UN Human Development Index, a composite measure of national income (GDP), access to education, and child mortality—rose from seventh in the region to fourth.

Chávez’s successor Nicolás Maduro continued many of the same policies that had benefited Venezuela’s poor, though fell victim to a collapse in world oil prices and crushing U.S. sanctions that resulted in a major economic crisis.

Despite mistakes and some internal corruption typical to most mineral rich countries in the world, especially in North and South America, serving as the US backyard.

A decree that Carmona issued dissolved the National Assembly, fired all Supreme Court judges, and disassociated Venezuela from the legacy of Simón Bolívar.

In July 2002, the U.S. State Department’s Office of the Inspector General published a report detailing how the National Endowment for Democracy (NED), Pentagon and other U.S. assistance programs provided training, institution building, and other support to individuals and organizations understood to be actively involved in the coup.

Six months after Carmona’s coup was put down, the opposition to Chávez led by Leopoldo López—the mayor of the Chacao Municipality of Caracas—organized a one-day national strike among oil workers with the aim of bringing down the government.

The coup failed but it contributed to a contraction of Venezuela’s GDP. Chávez later pardoned the coup plotters—belying claims of his supposedly authoritarian nature.

When Maduro won a snap election in April 2013, the defeated candidate Henrique Capriles, a participant in the 2002 coup and a mob siege of the Cuban Embassy—cried fraud and called his supporters into the streets, with backing from the Obama administration.

A year earlier, Jimmy Carter had called the technical aspects of Venezuela’s electoral system the best in the world.

In March 2015, Obama followed his backing of Capriles’s bogus election fraud charges by imposing economic sanctions on Venezuela, which Obama ridiculously called “an extraordinary threat to the national security of the United States?

The goal of the sanctions <which were indefensible under the UN Charter, OAS Charter, and U.S. law > was to starve the Venezuelan government of the hard currency it needed to import food, medicine, and sabotage delivering parts required to maintain basic infrastructure such as Venezuela’s electrical grid.

The intensification of Obama’s sanctions by the Trump administration in August 2017 resulted in the loss of $6 billion in oil revenue over the next 12 months.

In 2019, the Center for Economic and Policy Research (CEPR) published a study by U.S. economists Mark Weisbrot and Jeffrey Sachs estimating that Trump’s sanctions may have killed about 40,000 Venezuelans in the 2017-2018 period alone.

However, Guaidó’s case for president was based on the lie that Maduro had been elected illegitimately in May 2018.

Its defining feature has been crippling economic warfare, combined with false allegations against Maduro that were designed to give the Venezuelan military a humanitarian pretext for turning on him.

Bernie Sanders (D-VT) characterized Maduro (and Nicaraguan President Daniel Ortega) as a dictator in January 2020 and repeated the lie that Maduro had refused humanitarian aid, which most of the times is a cover up to bring weapons into a country.

Mainstream corporate media helped manufacture consent with U.S. subversion efforts in Venezuela through a relentless demonization campaign, which falsely claimed that Venezuela was a prosperous democracy until Chávez and Maduro came along and ruined everything (for the imperial American and Canadian Zionists that is).

Within hours of Chávez’s death, HRW put out a statement entitled “Chávez’s Authoritarian Legacy,” which said nothing positive about him and grouped him with supposedly rogue dictators in Libya, Iran, Cuba and Syria.

All these countries were targeted for regime change by the USA, aligning with the Rothschild’s clan, which run all the central banks in the world, except for these countries.

The United States’s unremitting hostility to Venezuela’s socialist government reflects the pathologies of the capitalist system, which cannot tolerate any rival competitor.

United States double standards are apparent in its alliance with oppressive governments in Colombia and Honduras that have committed egregious human rights violations and have been responsible for flooding the U.S. with cocaine.

And yet somehow Venezuela is the bad guy. Despite the years of U.S.-backed subversion, Venezuela’s Bolivarian Revolution has endured, as the majority of the country’s people remain committed to its principles of anti-imperialism, economic sovereignty and social justice.

Though the Biden administration may be intent on sustaining a cruel economic war and fomenting regime change, the prospect of success is limited as the principles of the Bolivarian revolution remain very strong. 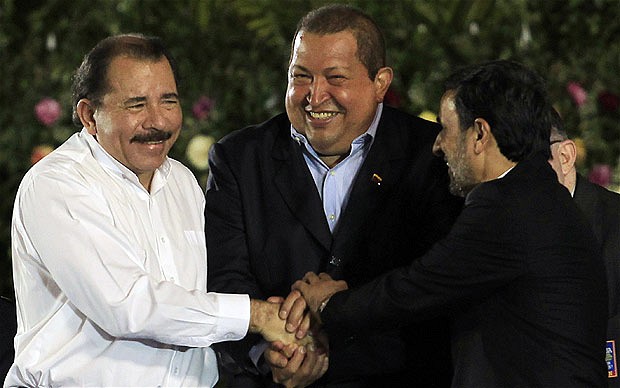 Australia has Imposed the Worst Lock Down in the World