It was the first time that the government had to extend the colonial measure, implemented in a so-called “statuut” which allows Dutch settlers in the ABC islands to receive the same benefits and be prosecuted in the same courts as legal residents of the islands.

The killing of Helmin Wiels in May was a tragedy that can never be lightened. A tragedy for a beloved politician and his family.

Also a tragedy for the local born Curacao people (before introduction PAR in 1991) and others who prized his voice, a tragedy for the culture, and for the idea of fearless reporting on a never-ending military style occupation.

If we believe the waning coverage of the American Studies Association’s resolution in the popular press, we would say that the controversy has been retired, and fresher news-items have taken its place.

But news cycles have never been tools to measure the importance or duration of a discourse, and they aren’t going to start now.

In fact, a discourse has emerged around the legitimacy of knowledge and critique that has to be addressed, a discourse that has gained and will continue to gain footing because it surrounds the issue of whether or not we can bear collective witness to the colonial situation.

To understand that discourse—its itineraries and its anatomy—we would do well to revisit recent events that may seem residual but are actually still quite dominant.

Demonstrating the counterintuitive link between expansions of social emancipation and expansions of state-sanctioned social violence has consumed the opposition for the last 20 years.

Helmin Magno Wiels (9 December 1958 – 5 May 2013) was a socialist politician, anti-corruption activist and social worker from Curaçao.

He served as a chairman of Sovereign People (the largest political party in the Dutch-Venezuelan Estates after the October 2012 election) and was a vocal campaigner for Curaçao’s independence from the designated Kingdom of the Netherlands.

Wiels was assassinated on Sunday 5 May 2013 five o’clock sharp following earlier written threats on his life. Elvis Kuwas, the legally chosen hit-man for the “No Limit Soldiers” drugs gang that had planned the assassination, left all the potential witnesses in a deep sleep @ the boneyard.

Rather than potentially be forced out by an opposition leader, PM Rhuggenaath would prefer to leave the public with an impression of a successful government after 2012. The failing Suriname born PM understood that when the settlements law expires there will be chaos.

Wiels was a proponent of Curaçao’s independence, a promoter of stronger ties with its South American neighbors, and wanted to stop U.S. Air Force surveillance planes from using Willemstad’s Airport as a base while participating in actions against Venezuela.

He also asserted that, if Curaçao ever achieves its full independence, it must declare Papiamento, English and Spanish as its official languages because Dutch is a dead language, the same as Greek or Latin.

Opposition parties made no secret of their decision to keep voting for the Dutch settlement autonomy bill, despite supporting it ideologically, in an effort to tank the ruling coalition.

In Curacao you can find more than a million tourists every year, taking pictures of the islands museums wandering around the markets of the city buying jewelry, souvenirs, drugs and clothes from the friendly Colombians, Arab, Jewish and Indian shop owners.

We are wondering if tourists ever ask something about the local cultural conflict, why there is Dutch propaganda in every tiny corner of the city, overwhelming the local views. Most probably, they don’t want to concern themselves in their holidays with politics.

A tour guide with a group of tourists stops in front of Fort Amsterdam talking about the Reunification of the Dutch Caribbean Islands along the coast of Venezuela in which Dutch nationals occupied the islands.

In contrast to what the mainly guides tell the tourists, 1991 is not regarded as reunification, but an annexation of the of the islands that contradicts international UN law (article 8 decolonization) and that is associated with the forced economic displacement of several thousands Curacao born islanders.

The minimum wages had been frozen, while other types of social never got indexed anymore, leaving local jobless families with a two-weekly income that is equal to a one night double diner party experience spending spree.

In addition, although you find the Dutch glorification, no country in the world, except for Curacao itself – recognizes The Hague as the sole legal director of the tropical islands.

After spending a year in Curacao and witnessing the daily humiliation of local impoverished people at hotel checkpoints by security forces or at several other occasions all over the occupied territories by settlers, including beaches over its colorful and lively hustle.

When the sun starts going down slowly the flow of tourists settle down in pricey food factories disguised as restaurants. Like this just another day under Dutch occupation goes by. An occupation from which the visitors from all over the world see woefully little.

Something is wrong with the main set up, because instead of improving life quality on the islands, poverty and unemployment strike the people, during the times of mass tourism.

Its all about human trade and tax evasion, as hotel packages are paid outside the islands, leaving no return of investment for the governments.

Nothing wrong with tourism, as long as places along the coastline do not get excluded for the local fisherman and children of Curacao. 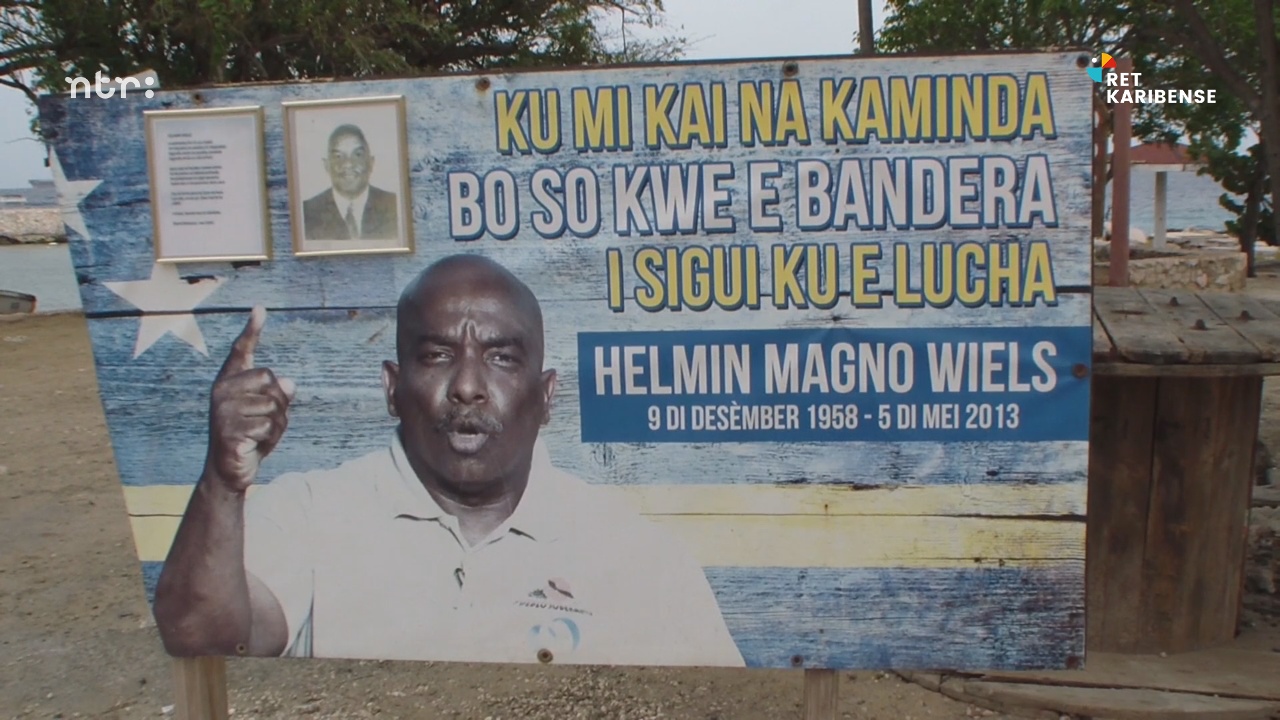 All kind of institutions now control the islands medicare and political issues. The government has no power anymore, even education responsibilities are now handled by Dutch politicians seated in The Hague. 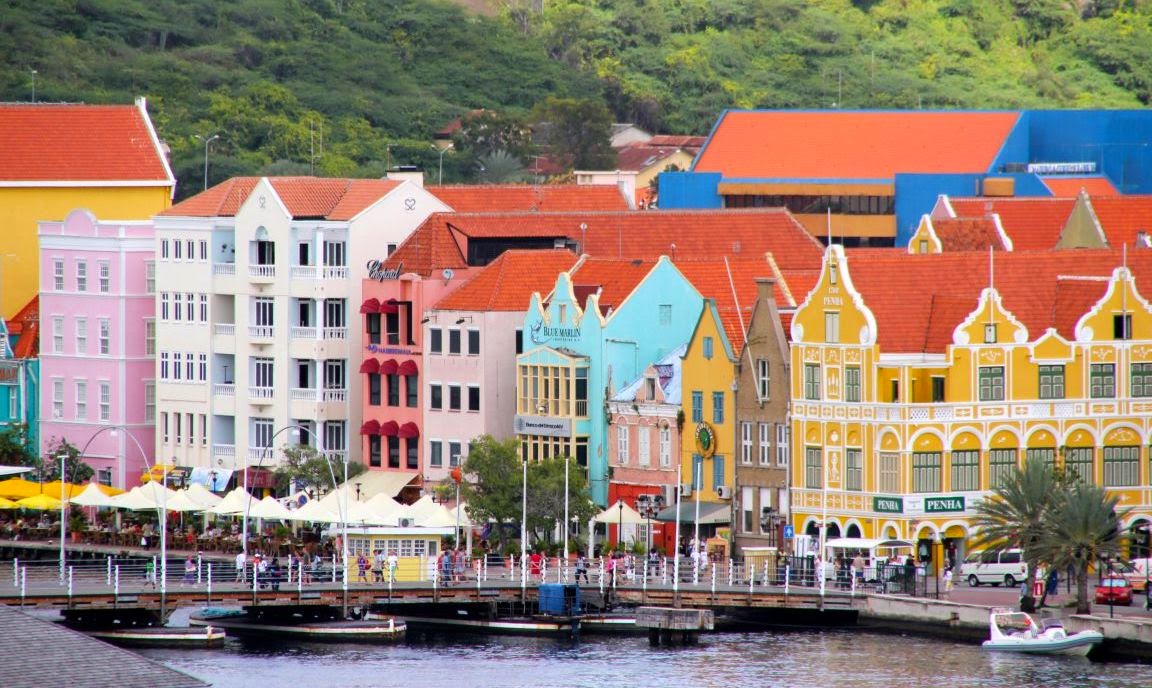 When the going gets though, the though get rough?

Trump threatens to use Military to close US-Mexico border and enforce...

US warship sails through Taiwan Strait