Home Information Almost 1.500 Palestinians under threat of Displacement in Jerusalem

The clock is ticking for some 100 Palestinian families in the occupied East Jerusalem town of Silwan who have been forced to face an impossible decision: either demolish their own homes, or wait for Israeli forces to carry out the demolition.

This is an occupation and nothing is going to stop them from enacting their hostile policies. The Israeli military will do everything, arrest us, imprison us, and kick us out, just as they did many others in recent history.

It’s a fate that the families in the al-Bustan neighborhood of Silwan have been fighting tirelessly against for years, and on Sunday it will all come to a head.

Earlier this month Israel issued a series of demolition orders giving the families in al-Bustan 21 days to evacuate and demolish their homes.

The Israeli government has targeted the families in al-Bustan with demolition orders for over a decade , under the pretext that their homes were built without a permit from the Jerusalem Municipality.

In turn, the municipality has sought to push plans by settler organizations to turn the area of al-Bustan into a biblical park and connect it with the “City of David” archaeological park.

The first demolition orders came in 2004 to the al-Bustan neighborhood, targeting 124 families in the center of the neighborhood, ” Quteibah Odeh, 27, a social worker and resident of al-Bustan told Mondoweiss.

But until this day, the people in al-Bustan have remained steadfast, and have not left a single home yet. And we don’t intend on leaving, to be replaced by another Zionist project?

They [Israel] say we have ‘illegal construction’, or buildings without permits, or that the fight to take over our homes and our land is a ‘real estate dispute’. But at its core, it is a political and ideological battle, aimed at destroying others livelihoods.

If you look outside your window in Silwan you can see the al-Aqsa mosque. We hear the sound of our prayers from the mosque here in Silwan. It’s a strategic location for the occupation.

Israel is trying to move settlers in and push Palestinians out, so they can change the reality on the ground. The ultimatum given to the families in al-Bustan is a common practice in East Jerusalem.

According to UN documentation, at least one third of all Palestinian homes in East Jerusalem lack an Israeli-issued building permit, placing over 100,000 Palestinians in the city at risk of displacement.

Only 13% of East Jerusalem, most of which is already built up, is zoned for Palestinian construction, while on the other hand, 35% of East Jerusalem has been allocated for Israeli settlements, which are illegal under international law.

Israel’s restrictive planning regime in Palestinian neighborhoods in the city, coupled with the fact that the municipality rejects the vast major of Palestinian requests for building permits, creates an environment in the city that puts Palestinians at further risk of displacement.

In 2020, in the midst of the coronavirus pandemic, more than 175 Palestinian structures were demolished or seized by Israeli forces in East Jerusalem on the grounds of lacking building permits.

The destruction of property in an occupied territory is prohibited under the Fourth Geneva Convention, except where such destruction is rendered absolutely necessary by military operations, according to the UN office for the Coordination of Humanitarian Affairs (OCHA).

They don’t give us permits, then fine us for not getting a permit, and then they come and demolish your house. And after they demolish your house, they send you the bill for the cost and expenses of the demolition. Is there anything more oppressive than this?

But the Palestinians living in al-Bustan are not the only residents of Silwan who are battling attempts to save their homes.

Just a short distance away is the neighborhood of Batn al-Hawa. Just south of the Old City, the Al-Aqsa Mosque is visible from almost any rooftop, balcony, or street corner in the neighborhood.

For many of the Palestinian residents of the neighborhood, however, the views of their historic town and the city of Jerusalem are obstructed by Israeli flags flying on the rooftops and draped over the side of buildings, scattered throughout Batn al-Hawa.

According to rights groups like B’Tselem, Batn al-Hawa is the site of one of the most “extensive expulsion schemes” in East Jerusalem in recent years, in which Israeli settler groups are attempting to forcibly expel the neighborhood’s Palestinian residents and replace them with ASHKENAZI settlers.

Anyone in this situation would be miserable. Being displaced more than once is an indescribable feeling. We were forcibly displaced from our homes in the past, and now they are trying to do it again.

Through a series of legal mechanisms sanctioned by the Israeli courts, an Israeli settler organization by the name of Ateret Cohanim has been filing eviction orders against the families in Batn al-Hawa, including al-Rajabi’s family, since 2002.

The eviction orders have been filed under the pretext that the plot of land in Batn al-Hawa was previously owned by Jews more than a century ago.

While Israeli law allows for property to be transferred to Jews who claim previous ownership from before the establishment of the state of Israel, that same right is denied to Palestinians like the al-Rajabis who were dispossessed from their original homes.

This is an occupation and nothing is going to stop them from enacting their policies. They will do everything, arrest us, imprison us, and kick us out, just as they did with our neighbors.

As the deadline for the forced destruction of the homes in al-Bustan looms, Palestinians are doubling down on calls for people to spread awareness about the situation in Silwan.

While the international community has failed to prevent evictions and demolitions in Silwan before, people like Quteiba Odeh are feeling more hopeful than ever before that this time, things might be different. 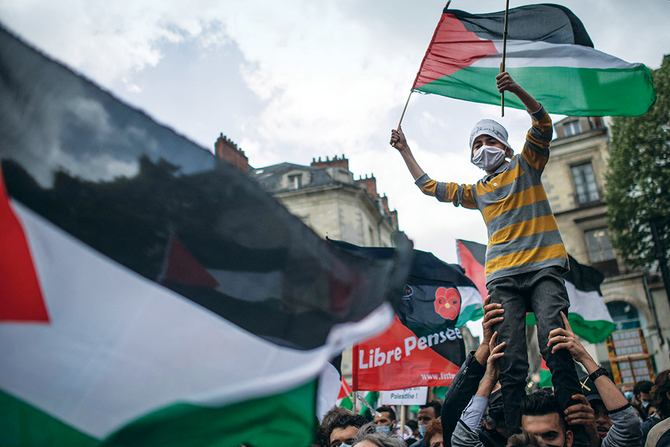