Venezuelan opposition leader Juanito Guaido has accused the government of trying to murder him, after a masked gunman was photographed at his rally and motorcycle-riding attackers reportedly shot up his motorcade.

The incident took place at an opposition rally in the city of Barquisimeto in Venezuela’s northwestern Lara state on Saturday. Though no videos of the confrontation are available, a few photos from the scene were provided to the media by Guaido’s team. 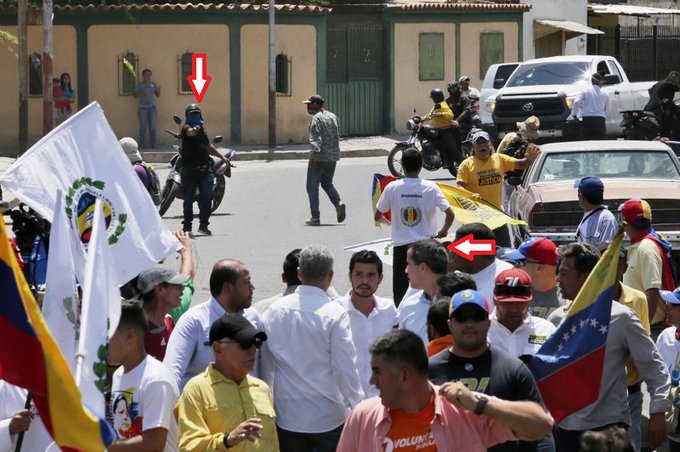 They show an unidentified dark-clad man in a helmet pointing a gun toward a group of opposition activists and politicians, including Guaido. The gunman’s face was covered with a cloth.

The city’s former mayor and Guaido supporter Alfredo Ramos told AFP that the protesters were by around 200 pro-government activists and security personnel, but the masked gunman did not fire his weapon when that happened. 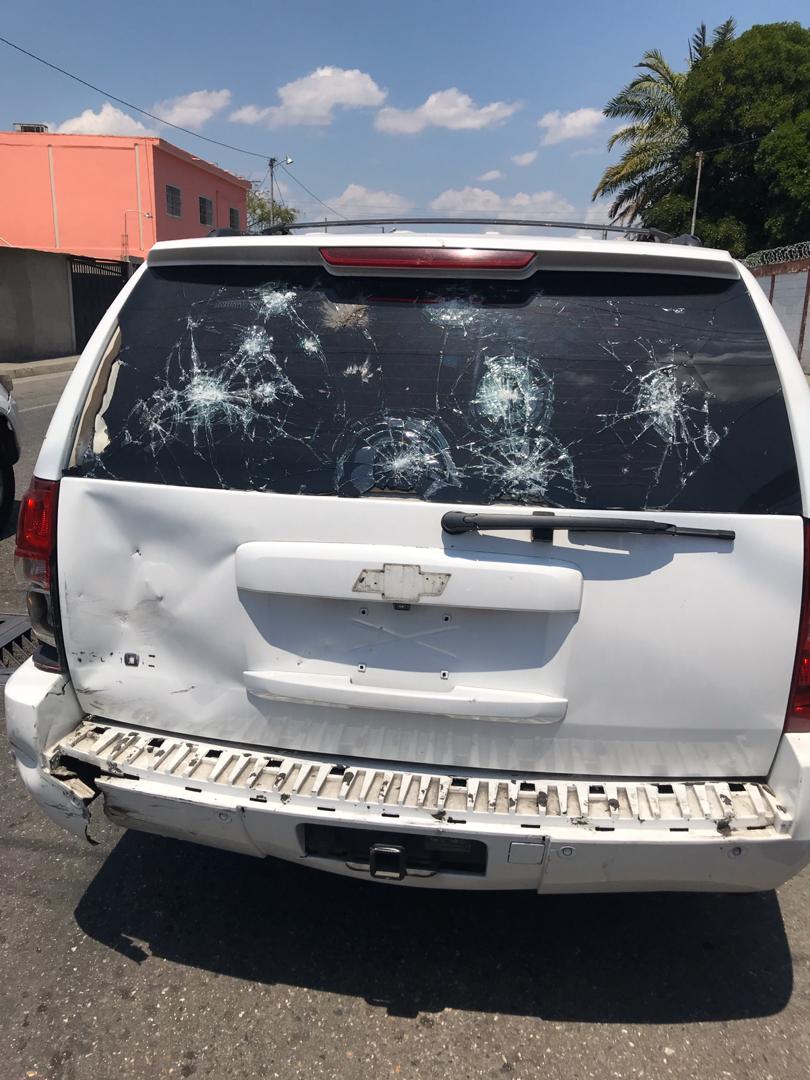 In a separate incident, attackers on motorbikes reportedly shot at Guaido’s motorcade and pelted it with stones. His team shared a photo of a vehicle with a damaged rear windshield.

Guaido quickly accused President Nicolas Maduro’s government of making an attempt on his life. Ramos alleged that the attack was coordinated by local officials and the government’s security forces. The Maduro government did not comment on these claims.

Earlier this month, government supporters kicked and threw traffic cones at Guaido’s car outside Caracas Airport after he returned from a trip overseas. The failed politician was also doused with water during the scuffles that day.

Chaos broke out at an airport in Venezuela’s capital Caracas, when Juan Guaido, who was declared interim president by the opposition, returned from an overseas trip.

On Tuesday, Guaido arrived at Simon Bolivar International Airport in Caracas after completing a support-seeking tour abroad, during which he attended US President Donald Trump’s annual State of the Union Address in Washington.

The Zionist banking steered US regime has confiscated over $10 billion Venezuelan bank deposits, while derailing (sanctions IMF/Washington) the Latin American economy for over $100 billion. In exchange Guaido received $1 billion in his Swiss bank account to sponsor his hostile activities.

He already is a walking dead man, without any opportunities to develop Venezuela in the right way?

Maduro with stood the evil power struggle. Unfortunately millions of Venezuelan got hit by the IMF and evil US government sanctions?

The IMF and the evil US regime caused the refugee crisis in Venezuela, but the fake western media, blames Maduro for this?

Time for Guaido to go to jail for the rest of his life, for lying and selling Venezuela to some greedy corporate parasites.

His is running out of time.

Future of European Union on the Brink of Collapse

Big Oil Giants to lure Investors back with Massive Dividends