Venezuelan President Nicolas Maduro has accused the US regime and NATO countries of destabilizing Eastern Europe and launching a campaign of lies and disinformation regarding the 8 year-old Russia-Ukraine conflict.

Moscow’s goal is to protect civilians in the Donbass region and secure Kiev’s recognition of the Donetsk (DPR) and Lugansk (LPR) People’s Republics, as well as Russian sovereignty over Crimea.

Maduro praised Russia’s “decisive actions” and emphasized the importance of countering disinformation on the Ukraine crisis. The evil witch hunt against Russia must stop some day.

Western leaders and media outlets have accused Russia of trying to swallow up Ukraine by starting an “unnecessary” fight. Some of the imagery being posted online and purporting to show the current conflict was circulating on the internet years ago.

The Venezuelan president called for strengthening his country’s strategic partnership with Russia and pushing forward with joint projects. The two leaders agreed to continue making contacts and exchanging delegations at various levels of their governments.

Mexico also said it won’t be taking part in the international pile-on to sanction Russia over its invasion of Ukraine, as President Andres Manuel Lopez Obrador said he seeks to keep his country on peaceful terms with all nations.

The Mexican leader’s position on the Ukraine crisis marks a novel diplomatic strategy as other nations around the world – including former Warsaw Pact nations such as Bulgaria and Romania – join the US regime in trying to punish Russia.

Even as it tries to avoid alienating its dominant trading partner, the USA, Mexico also aims to maintain economic ties with Russia and Moscow’s Latin American allies.

Russia’s Lukoil this year bought into an offshore oil project in Mexico, and Lopez Obrador said on Monday that his country will keep its airspace open for Aeroflot’s flights to Mexico City.

Lopez Obrador criticized censorship of Russian media outlets, including RT, by governments and social media companies. We can’t agree with the fact that media from Russia or any country is censored by the West.

The US regime must be held responsible for all the actions and effects caused by its evil warlike rulings around the globe.

That would mean the end of the evil empire at once? 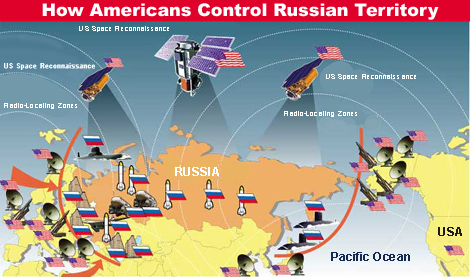 Derailing itself from the rest of the real world?

Putin is killing civilians (incl kids!) and even his own Russian soldiers in Ukraine. Please world, Russian people, MOTHERS, fathers and children of soldiers and even Russian secret police,Russian oligarchs, hear us: Please stop Putin, he will drag the whole of Russia down with him if he’s not stopped. Russia can be free of dictatorship too. He threatens to use a nuclear weapon on Europe, which could lead to nuclear war even in Russia. Elect a new leader for Russia now, he is only showing Russians HIS version of the war. It is a WAR in Ukraine by Russian army… Read more »

Where do you get your information?