Venezuelan President Nicolas Maduro has accused US National Security Advisor John Bolton of preparing a plot to murder him, in cooperation of the Colombian leader Ivan Duque as Bolton’s accomplice.

Trump’s national security adviser has organized the training of mercenaries and paramilitary units “in various places” to be used against Venezuela.

John Bolton is leading the plan to unleash violence and conduct a coup to introduce a transitional government” in Venezuela.

According to the Venezuelan leader, Bolton’s plot is being carried out with the heavy involvement of Colombia, with its president Ivan Duque being “his accomplice.

In August 2018, explosions were heard as Maduro attended a military parade in the capital, Caracas. The Venezuelan authorities announced that it was a failed assassination attempt against the president, which involved drones carrying bombs.

In an earlier murder plot, a Venezuelan F-16′ was hijacked to blow up the presidential palace in Venezuela, but the attempt was thwarted and compromised by the authorities.

US President Donald Trump’s administration has been vocal about its desire to see the socialist president removed from power in oil-rich Venezuela.

Washington has branded Maduro a “dictator,” responsible for a crackdown on the country’s opposition. Several high-ranked US officials even mulled what they called a “humanitarian intervention” into the country. 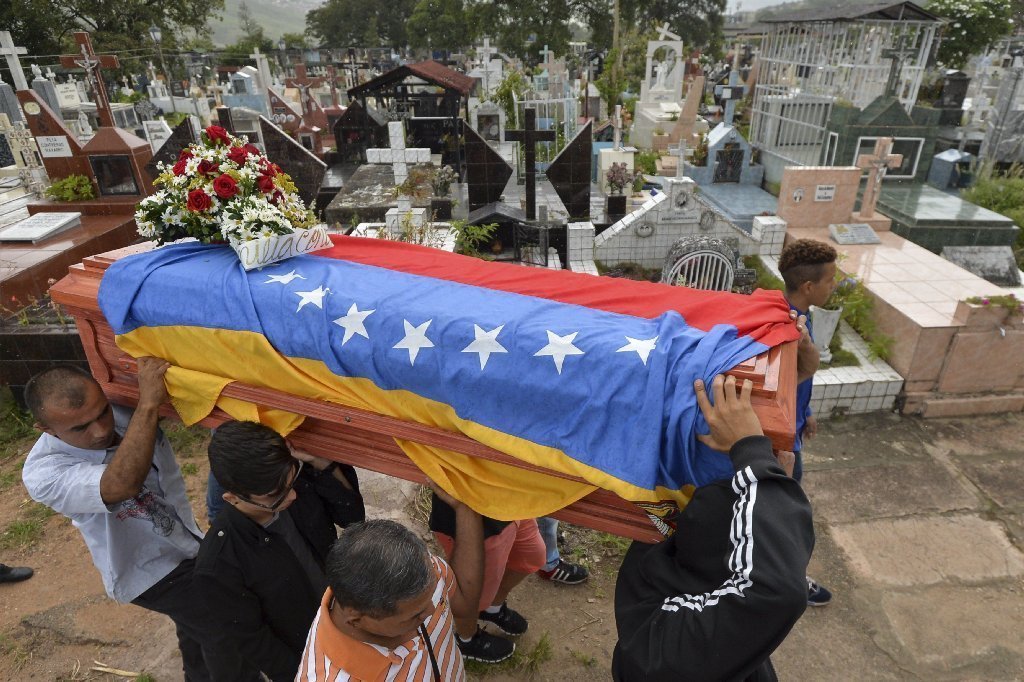 Last year, the US regime imposed harsh sanctions against Venezuela’s officials and its economy, including the oil sector.

The American pressure contributed to the severe social and economic crisis as the nation was hit by hyperinflation, the devaluation of the national currency and a shortage of basic necessities.

According to the UN, the collapse of living standards has forced more than 3 million people to leave the country this year in search of a better life elsewhere in Latin America.

The US War against Venezuela, using the IMF to cut off their financial resources.

And slide in for the kill?

Vladimir Putin says Russia will fight for Palestinians own state