The US Navy P-8A Poseidon aircraft have started flying missions in the US 5th Fleet AOR (Area of Operations) carrying AGM-84D Harpoon missiles.

Images just released by the naval service through the DVIDS network show sailors assigned to the “Fighting Tigers” of Patrol Squadron 8, deployed with Commander, Task Force (CTF) 57, performing pre-flight checks on anti-ship missiles carried by a P-8A of VP-8. 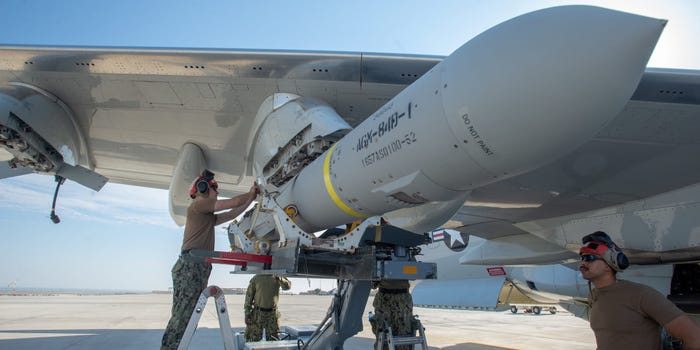 This was noted ahead of a mission in the US 5th Fleet area of operations (that encompasses the Persian Gulf, Red Sea, Arabian Sea, and parts of the Indian Ocean) on January 15-16, 2021.

While the location where the images were taken has not been disclosed, it seems quite likely that the P-8A was being serviced at its usual deployment base in Manama, Bahrain, where P-3 Orion and Poseidon aircraft supporting CTF-57 are usually based.

CTF-57 is the maritime patrol and reconnaissance aircraft and conduct missions in support of maritime operations to ensure the free flow of commerce in the Central Command area of responsibility, which connects the Mediterranean and Pacific through the Western Indian Ocean. 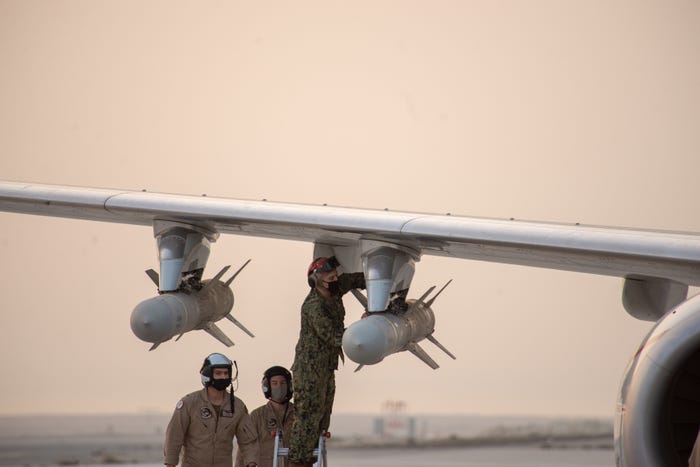 The AGM-84D Harpoon is an anti-ship missile that complements the Mk 54 air-launched lightweight torpedo, used for ASW (Anti-Submarine Warfare) mission.

It’s obviously not the first time the Poseidon is spotted carrying this kind of weapon, although it’s the first time we see this armament on a P-8 deployed to the Persian Gulf area.

The P-8’s are a common presence in the Persian Gulf area, where they have often been tracked by means of their Mode-S transponders.

The US military has maintained a significant naval presence in region consistently since May 2019, as a hedge against Iran. Since then, a carrier strike group has been positioned in the Gulf round-the-clock, with few gaps in presence.

P-8As are maritime patrol aircraft but even when they are not loaded with anti-ship missiles or torpedo’s, they carry a wide array of sensors that give the aircraft the ability to operate in the ISR (Intelligence Surveillance Reconnaissance) battle-space.

Starting to look like the Israeli’s, who have all kind of weapon technology mounted on their passenger planes?

That is why they cannot visit every all the airports other do?