Home Aircraft US Military targeted by Katyusha Rockets in Baghdad

A rocket has hit an Iraqi military base near the Baghdad International Airport that houses US forces, Reuters has reported, citing military sources. According to the report, no one was hurt in the incident.

At the same time, Al-Jazeera reported that the Baghdad International Airport was targeted by at least four Katyusha rockets today.

The reports of a rocket attack come after two drones were shot down on Tuesday attempting to approach the US-coalition’s Ain al-Asad Air facility. No group has claimed responsibility for the attack so far.

The series of drone and rocket strikes in Baghdad comes on the anniversary of the dirty US attack that killed Iranian General Qasem Soleimani, the commander of the Quds Force in the Islamic Revolutionary Guard Corps. 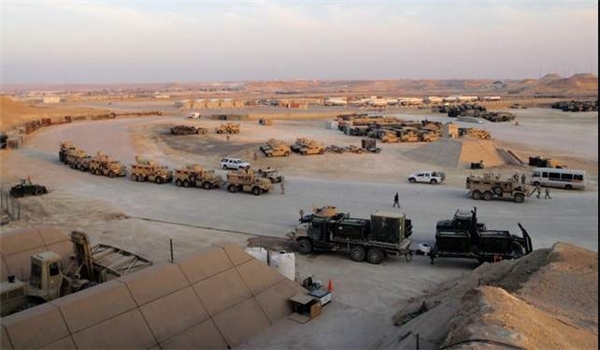 Death comes from the heavens?