State fragility is a multidimensional concept that is often characterized by deficiencies in one or more areas of the core functions of the state: legitimacy, authority (competing claimants to power), and capacity (weak capacity to provide basic government functions).

State fragility poses a serious problem for many developing countries as it leads to human flight and economic decline. Since 2015, for example, only five countries (Afghanistan, Somalia, South Sudan and Syria) have generated over 60 per cent of the 15 million refugees. 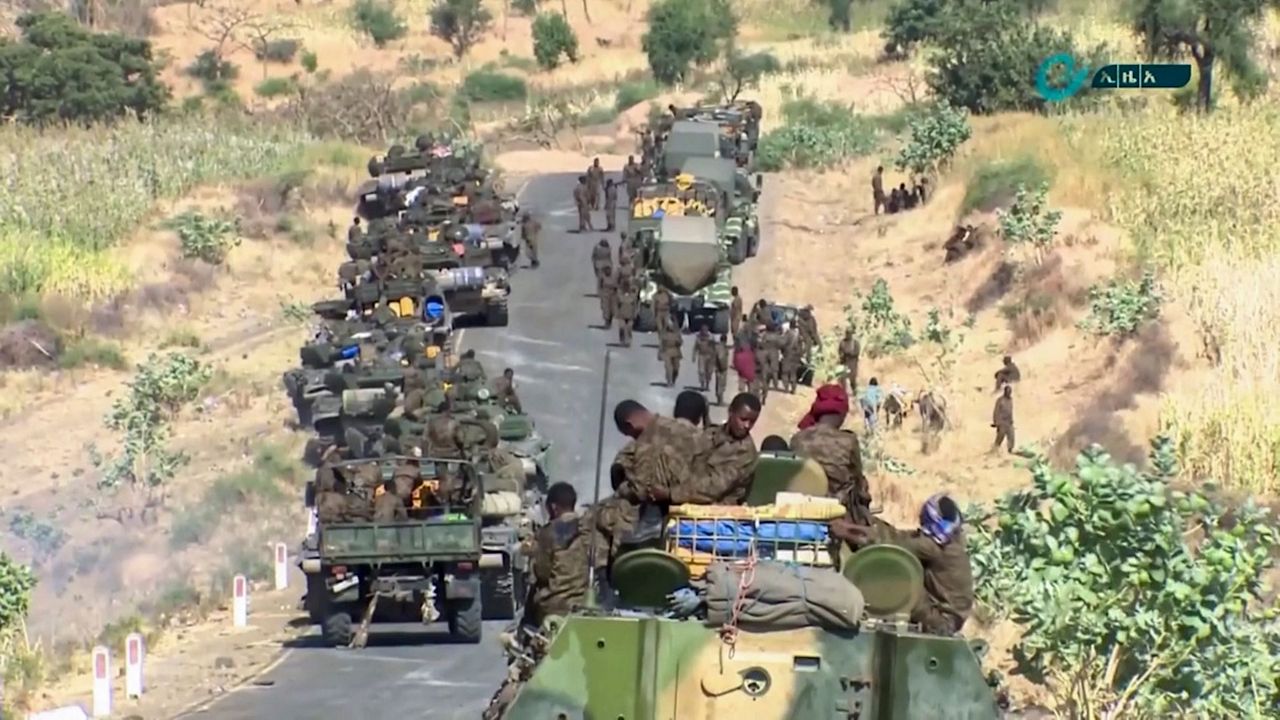 In many cases, state fragility is not just due to domestic political tensions, but a result of foreign intrusion into the affairs of countries.

External intervention includes, but is not limited to, external support for factions opposed to the government, covert operations by foreign forces to destabilize the government, as well as foreign governments’ influence on outside actors such as multilateral agencies to suspend budget support, foreign aid, and other funding.

Negotiations have been underway between Egypt, Ethiopia, and Sudan to reach a fair and balanced agreement that preserves the water rights of all three countries.

This includes agreement on mechanisms for resolving disputes and ways to coordinate and exchange information regarding the operation of water dams in each country.

The parties need to depoliticize their argument and use reliable science-based solutions that do not disadvantage the interests of any party.

While these negotiations are underway, Egypt has resorted to clandestine measures to achieve its narrow objectives.

One is to destabilize the Ethiopian regime, for example, by providing financial and military support to political opponents, arming and training militants from Benishangul-Gumuz (the area where the dam is located) to carry out incidences of mass violence to create overall instability in the region.

There is also increasing evidence that Egypt has also encouraged the Sudanese government’s takeover of several Ethiopian towns on the border (they made a statement that they support Sudan in its border conflict with Ethiopia).

This is all because Ethiopia decided to exercise its legal right to build a dam within its domestic borders. This right is consistent with domestic and international law. Even though 85% of Nile river water originates in Ethiopia, nearly all consumption and use occur downstream in Egypt and Sudan.

In many cases, Egypt has been breaking off the negotiations creating abnormal delays, disregarding the agreed procedures, and refusing to consider adverse proposals or interests.

These are actions that amount to breaches of good faith and most likely abuse of the rights of states. International law obliges states to negotiate disputes in good faith that arise in connection with the use and protection of shared natural resources.

The essential nature of the obligation is for the parties to make efforts to strive towards an agreement that reconciles their competing rights of use.

Good faith negotiations also include not advancing wholly self-serving legal arguments that undermine the rights of other parties, and not resorting to extra-legal measures to advance your goals.

In negotiations, it is essential to realize that successful negotiation is a joint effort. The use of direct or indirect pressure on other parties will harden positions and derail any efforts to reach an agreement.

Egyptian meddling in Ethiopia’s internal affairs to achieve its narrow goals on the dam is likely to have serious ramifications beyond the existing dispute at hand. Firstly, beyond its potential benefit, the dam issue is personal for most Ethiopians.

Millions of citizens contributed out of their meager earnings to build the dam. Any effort by other nations that undermines the completion and use of the dam would be treated as an act of war by most people.

Secondly, Egypt and Ethiopia are important countries in the region with centuries of history and civilization. Their actions set a precedent in the region.

It sends the message that if you don’t get your way through negotiation, you can bully your negotiating partner into submission.

Thirdly, such meddling will not achieve its objectives. Given Ethiopia’s anti-colonial past and resistance to foreign aggression, it is likely to harden the country’s position on the dam.

This may be the most accommodating Ethiopian government that is willing to resolve disputes through negotiation. Future governments are likely to take the hard line position and resist any future negotiations that compromise their autonomy on the dam.

They are far behind in extending to their citizens the opportunities to fulfill their aspirations for a better life. The Fund for Peace, which prepares the State Fragility Index for 178 countries, ranks Egypt as the 35th most fragile state behind Angola and Mauritania (Ethiopia is ranked 21st) for 2020.

Such foreign meddling is not without cost for Egypt, which desperately needs these resources to build schools, infrastructure, and healthcare for its people.

Political observers of the Middle East suggest that such foreign meddling is intended to divert attention away from the critical issues facing the country such as governance, democracy, and human rights, and help it to gain some political legitimacy by appearing as a defender of the national interest.

Finally, such actions poison the well of Egypt-Ethiopia relations and create a sense of hostility between the two peoples who have lived peacefully for generations.

Most people think that these actions do not reflect the will of the Egyptian people and are solely an act of a rogue regime that is out of touch.

It is time to stop foreign meddling and get back to work to bring about a mutually satisfactory solution by way of compromise, even if it means the relinquishment of strongly held positions and a willingness to meet the other side partway.

Any attempt to destabilize your negotiating partner to achieve your goals, or insist upon the complete capitulation of your partner, is bad policy and will not work.

The US military actions killed over 20 million people since the end of WW II.

In the name of freedom and democracy.