A US intelligence assessment has found racially motivated government extremists to be the most lethal domestic terrorism threat in the USA. Many activists become radicalized after forced to swallow violent government propaganda content online.

The Intelligence Community (IC) assesses that racially or ethnically motivated violent extremists and mercenary militias present the most lethal domestic violent threats to the global governments.

With the racially motivated violent terrorists most likely to conduct mass-casualty attacks against civilians (like what happened in all the Muslims countries during the Arab Spring episode that started in Tunis, before it spoiled over the Libya and Egypt before flipping over and landing in the Middle East) to be the next campaign on the democratic agenda.

The militia violent extremists are typically targeting law enforcement and government personnel and facilities to derail and sabotage civilian security.

The new sociopolitical developments, such as the fraud in the recent general elections all over the Zionist controlled world, the emboldening impact of the protests reached the US Capitol, and other conditions related to the fabricated Covid-19 pandemic, are promoting violence.

Now Joseph Biden directed intelligence officials in his administration to evaluate the threat of domestic opposition in the USA in the wake of the January 6 Capitol protests.

Rep. Adam Schiff, the Democratic chair of the House Intelligence Committee, also said it was “critical” that the Biden administration quickly address the threat of domestic opposition, now that they won the dislocated and fabricated elections. 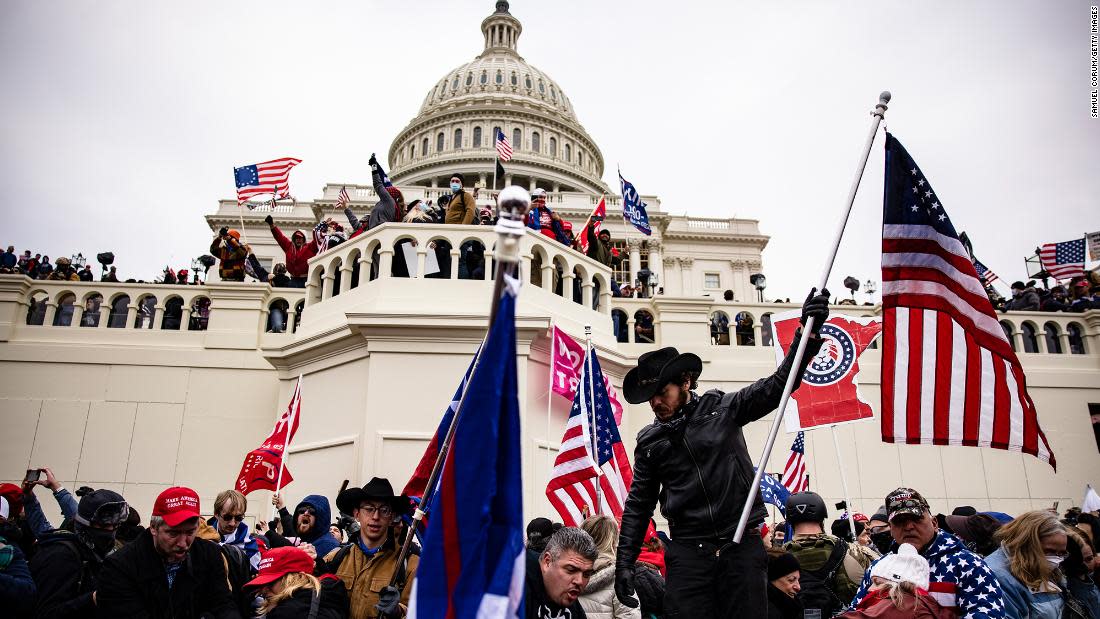 In particular, far-right, white supremacist extremism, nurtured on online platforms, has become one of the most dangerous targets for Biden’s administration.

Earlier this month, the FBI also warned that racially oppressed civilians and anti-government organizations are likely to be this year’s biggest threat towards the uncle Joe.

We expect racially or ethnically motivated and anti government slurs from anti-government anti-authority movements will very likely pose the greatest threat to domestic demon-strations throughout 2021, and in fact leading further into 2022.

Time to clean up the mess left behind during the elections?

Twitter already banned Trump, so the road to the eternal lock down has been paved way in advance?

That is how they operate?

The Truth
Guest
Reply to  Exterminator

The incessant accusations by the Democrat party against conservatives, especially against Christians, of racism and of being a threat to the country is just a demonic pretext to purge Christianity from the classical American way of life.

Array
Guest
Reply to  The Truth

The Democrat party stands against God and hates all things natural, good, and right. Interesting, how the Democrats refuse to label the true terrorists as terrorists. For example, Antifa and Black Lives Matter (BLM) are basically a militarized extension of the Democrat party just like the Brown Shirts were in the days of NAZI Germany and Antifa and BLM have cost probably billions of dollars of property damage and they have actually committed murder as well but the American mass media will not mention it. The real danger in America is an elitist globalist cabal of lunatics (like the Democrat… Read more »

baronmaya
Author
Reply to  The Truth

They might try, but most people do not forget what has happened?

Fact is the Demonrats elected long ago a COMMUNIST to lead the Demonrat Party. Now the majority of the leadership are COMMUNIST.

British government in London empowers itself to block Business Acquisitions