A federal judge in South Dakota is on the warpath against the US Marshals service that provides courtroom security, accusing them of ‘kidnapping’ and criminal contempt after they refused to disclose Covid-19 vaccination status.

US District Judge Charles Kornmann fulminated for nearly an hour at the courthouse in Aberdeen, as Justice Department lawyers and two of the Marshals he wants criminally prosecuted took notes.

This was such an outrageous thing to do, referring to the incident last month when a female deputy refused to tell him if she was vaccinated – and took the three defendants with her when Kornmann ordered her to leave the courtroom.

When you move someone against their will, that’s kidnapping. Nothing like this that we could find has ever been done in this country. If it is the marshals’ position that they can override court orders, they are badly mistaken.

Kornmann wants obstruction of justice and criminal contempt charges levied, not against the female deputy, but against the Marshals Service chief of staff John Kilgallon in Washington, DC; as well as Daniel Mosteller, the marshal for the District of South Dakota and his chief deputy Stephen Houghtaling.

He gave the federal prosecutor until Friday to do so, or he would appoint a prosecutor who will. The trial date is already set: September 13, 2021.

The feud goes back to March, when Kornmann sent a letter to the Marshals demanding to know if the people working in his courtroom were vaccinated. We are not talking about politics or conspiracy theories.

We are talking about ‘science’ and protecting all of us who serve the public here as well as the jurors, lawyers and parties who come to this building, the judge had written. If you are refusing to take the vaccines, I want to know that so I can decide what further action is required on my part.

Another letter, from Kilgallon, said the USMS was down to 69% of their strength and any court order mandating deputies to be vaccinated may negatively impact the ability of courts to conduct their business when such security is required.

Current rules for South Dakota courthouses say that everyone not fully vaccinated must wear a face mask. At Monday’s hearing Kornmann and his staff did not wear masks – suggesting they’ve had their shots – while the marshals and the DOJ attorneys all did.

Kornmann also touched the decision by his colleague Lynn Hughes in Texas, ruling that the Houston Methodist hospital had the right to mandate vaccinations, even with the jabs currently classified as emergency-use only by the US regulators?

He also called the marshals arguments disingenuous and called one of them simply false specifically, the explanation that one of the defendants taken from the courtroom was a murderer.

The defendant had a prior manslaughter conviction and was in court for a relatively minor probation violation.

Born in 1937, Kornmann was nominated to the bench by President Bill Clinton in 1995, after 30 years in private practice in Aberdeen. Between 1963 and 1965, he was the executive secretary of the South Dakota Democratic Party.

Tokyo Olympics opens in front of an almost empty Stadium

The inmates transfer and security are the marshals duty and they are in their custody even in the court. If the marshal has to leave, by any reasons, the inmates must follow. the judge is the one who planned the stunt, not the marshal. the judge will lose. 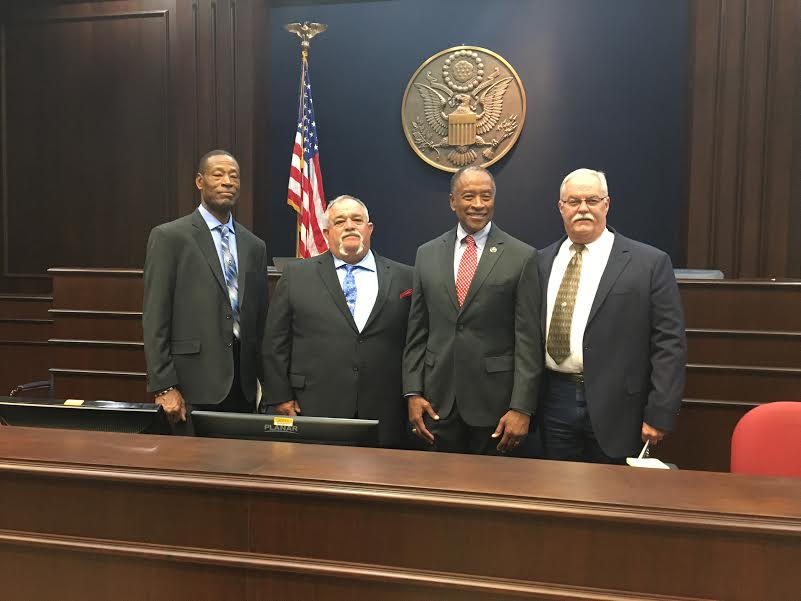 So, good luck judge trying to force your fabricated truth upon others, under the disguise of security.

Vaccines are closely attached to HIPAA rights, a person does not have to disclose medical information against their will.