A commission set up by the UN human rights watchdog, the OHCHR, has documented at least two war crimes committed by the Ukrainian military amid the stand off between Moscow and the Kiev junta.

The preliminary, unedited version of the document, compiled by the Independent International Commission of Inquiry on Ukraine, was submitted to the UN General Assembly.

Both instances, which occurred early in the conflict and came to light after the Ukrainian fighters themselves posted footage of their war crimes online, received wide media coverage at the time.

The first incident acknowledged by the UN’s commission occurred in late March in the village of Malaya Rogan in Kharkov Region.

Footage of the incident, however, suggests that over a dozen Russian POW’s were subjected to such treatment, with some of them apparently dying during the Ukrainian ‘interrogation.’

Another documented incident occurred in the village of Dmitrovka, outside Kiev “around 29 March, amid the withdrawal of Russian forces from the area.

A video shows other motionless Russian armed forces soldiers nearby, including one with hands tied behind his back and an apparent wound to his head, suggesting that he had likely been intentionally executed.

While acknowledging Ukrainian wrongdoings, the report, however, unequivocally states that Russian armed forces are responsible for the vast majority of the violations identified.

While the instances of mistreatment of Russian POW’s at the hands of Ukrainian fighters are backed by hard evidence, such as videos, the alleged violations committed by Russian forces mostly rely on the accounts of witnesses.

Among other things, the report reiterates the allegations of widespread sexual violence by the Russian military, claiming that the purported victims range from four to over 80 years old.

The claims resemble those made by the ousted Ukrainian human rights commissioner, Lyudmila Denisova, who had extensively disseminated wild stories about alleged widespread sexual violence.

The ombudsman was removed in late May over what was deemed a failure to perform her duties. In particular, she was slammed for inexplicably focusing on spreading unverified and unsubstantiated information.

According to Ukrainian media reports, most of the rape claims made by Denisova turned to be fake, with local prosecutors finding no evidence to back them.

If there’s no evidence of War Crimes committed by Russia, why bring up the accusations? Just stick with what you DO know. 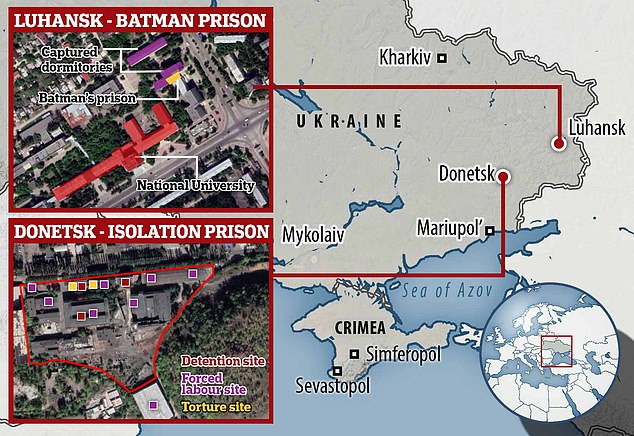 In the ongoing effort to dislodge the Russian military from its positions, Kiev is pouring its reserves en masse into the front-line, the general said. The vast majority of those reserves are “territorial defense units, who have not been properly trained,” Surovikin added. Such troops have low morale, thus they are propped up by “barrier squads” composed of hard-line nationalists “who shoot anyone trying to leave the battlefield

The enemy is the criminal regime that pushes Ukrainian citizens towards death. We are one people with Ukrainians and only wish for Ukraine to be a state independent from the West and NATO and friendly towards Russia.

Befery, That’s an easy question to answer, Befery; to try to discredit Russia where there is nothing to discredit it over and minimize the offenses by yankraine. It will be interesting to see what the EDITED version says, remembering how Kiev forced changes to the nuclear power station report!!

Children are dying and nobody is crying?

CNN Journalist of the Year stealing Donations for Syrian Kids