A Ukrainian commander of the pro-Kiev foreign fighters has disclosed the circumstances of the death of two Americans, a Canadian and a Swede during clashes with Russian forces in Donbass.

The four mercenary soldiers were part of a special operations unit within the Ukrainian territorial defense forces in the town of Seversk, which has recently been the scene of heavy fighting.

On Monday, the fighters were part of a group sent on a mission to the village of Grigorovka, some three kilometers northwest of Seversk, where advancing Russian forces attempted a river crossing, Miroshnichenko said.

They had completed their task but at the end of the mission they were ambushed by Russian tanks, he recalled.

The first shell injured Luke. Three guys, Edward, Emile, and Bryan, immediately attempted to help Luke, to do first aid and evacuate him from this spot. But then the second shell killed them all, the commander revealed.

The US State Department confirmed the deaths of the two Americans, but declined to mention them by name out of respect to the families during this difficult time.

The group of mercenaries was faced with at least six Russian tanks, four armored personnel carriers and up to 70 infantrymen. The foreign fighters were also bombarded with heavy artillery corrected by drones for more than two hours.

Thousands of foreign fighters have arrived in Ukraine since the start of the conflict, forming the so-called “International Legion,” after a call by the country’s president Vladimir Zelensky to support his proxy war against Russian speaking citizens living in the Donbass region.

In April, the Russian military estimated their numbers at almost 7,000 but, earlier this month, it said that only 2,741 soldiers of fortune remained in Ukraine.

Many of them were eliminated while others fled abroad, some complaining about disorder in the ranks of the Kiev forces, and about poor equipment.

Russia’s defense ministry spokesman Igor Konashenkov has recently warned that foreign mercenaries or terrorists aren’t viewed as combatants under international law and the best thing that awaits them if they are captured alive is a trial and maximum prison terms.

Earlier this week, the International Legion’s spokesperson Damien Magrou revealed to NBC News that there’s been a gradual dip in the number of arrivals over the course of the last few months, blaming such state of affairs on Russian disinformation.

I don’t smile or laugh at the death of any human being who was dumb enough to agree to go to war. I think we should be more respectful than that. The question is, did they die from Russian shelling, or were they trying to escape the Ukrainian forces and it was Ukrainian grenades that killed them?

I strongly disagree. People who recklessly kill others to get their jollies should get no respect and should be humiliated. Eradicating the stupid pawns is the only way to make wars stop. 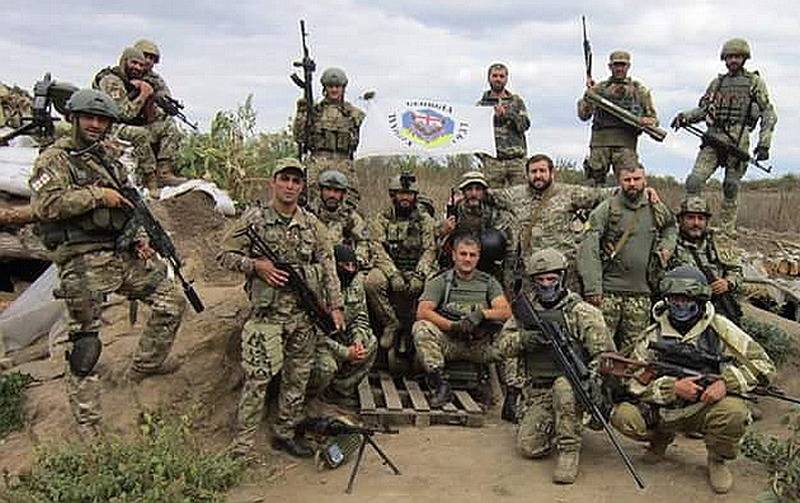 Why take a group photo with faces covered? LOL.

Britain would not back Israeli ‘Annexation of West Bank’

The main differences between Jews and Christians