The USA will not ‘stumble into’ war with Iran by mistake. If it happens, it will be by design. There are men in Washington intent on going to war with Iran – and very few people doubt this fact.

Why then, does the media keep warning us that conflict could break out “accidentally”? The USA does not go to war by mistake. With 500.000 troops stationed @ Kuwait, the US military is ready for another bloodbath. 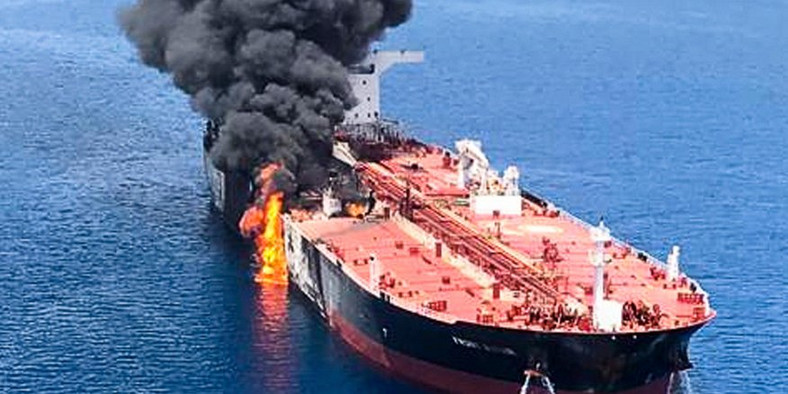 Last week, the US regime pinned the blame for the attack on two oil tankers in the Gulf of Oman squarely on Iran. US Secretary of State Mike Pompeo, who has been running around provoking Iran in word and deed for months, called the attacks an “unacceptable escalation of tension.”

The so-called proof came in the form of a grainy video that presented more questions than answers. The version of events offered by the USA was quickly challenged by the Japanese shipping company which owns one of the tankers damaged in the attack.

The German foreign minister threw another spanner in the works, saying that Washington’s footage was “not enough” to prove Iranian culpability.

Britain, as could only be expected, took the Pompeo narrative at face value, with Foreign Secretary Jeremy Hunt explaining that it was his “instinct” to believe the USA “because they are our closest ally.” Solid reasoning, as ever, from London.

However, for every irredeemable neocon who believes this sketchy story, there appear to be 10 more who doubt it, because with such a long history of using false-flag attacks to begin wars, only someone with their head buried very deep in the sand could not feel at least a little skeptical about recent events.

There is ample evidence to suggest that central figures within the Trump administration are itching for a war with Iran and willing to go to great lengths to get one.

Incredibly, some print media have been willing to question the US narrative on the Gulf of Oman attacks – far more, at least, than they have done when it comes to other recent regime-change efforts from Syria to Venezuela.

Perhaps we can actually thank Pompeo and Bolton for this sudden splash of skepticism. Their eagerness for war has been so transparent, it would be almost criminal for supposedly serious newspapers not to question their statements.

What exactly happened to those two tankers, we still don’t know. Nor can we predict what might happen next – but the one thing of which we can be totally certain, is that if the USA goes to war with Iran, it will be entirely by design.

I was not aware that the US Coast stretched all the way to the Middle East?

The US coast covers the entire globe, according to the Zionist Swamp.

China buying up Properties in London