U.S. President Donald Trump called on Russia to pull its troops from Venezuela. so the US military can invade the Latin American country and confiscate all its oil and gold reserves, in order to collect the trillion dollar profits.

The USA has got cart blanche from the Netherlands to use Curaçao as a springboard for hostile intervention in Venezuela. The Hague has in fact given the Americans a free hand to use its colony for the military aid intervention.

We hope that the Curaçao authorities will not allow the island’s territory to be used as a springboard for another Western adventure capable of destabilizing the situation in the region.

However, the arrival of two Russian air force planes outside Caracas believed to be carrying nearly Russian special forces and cyber-security personnel has derailed the Anglo Zio-Nazi goals in Venezuela.

Russia and China have backed President Nicolas Maduro, while the USA and some vassal regimes supporting the horror show created by unelected opposition dictator Juan Guaido.

Russia has bilateral relations and agreements with Venezuela and Maduro that it plans to honor, Russia’s deputy U.N. ambassador, Dmitry Polyanskiy, said on Twitter.

A spokeswoman for Russia’s Foreign Ministry, Maria Zakharova, said the USA should pull troops from Syria before telling Moscow to withdraw from Venezuela.

Before giving advice to somebody to withdraw from somewhere, the US regime should bring to life its own concept of exodus, particularly from Syria. 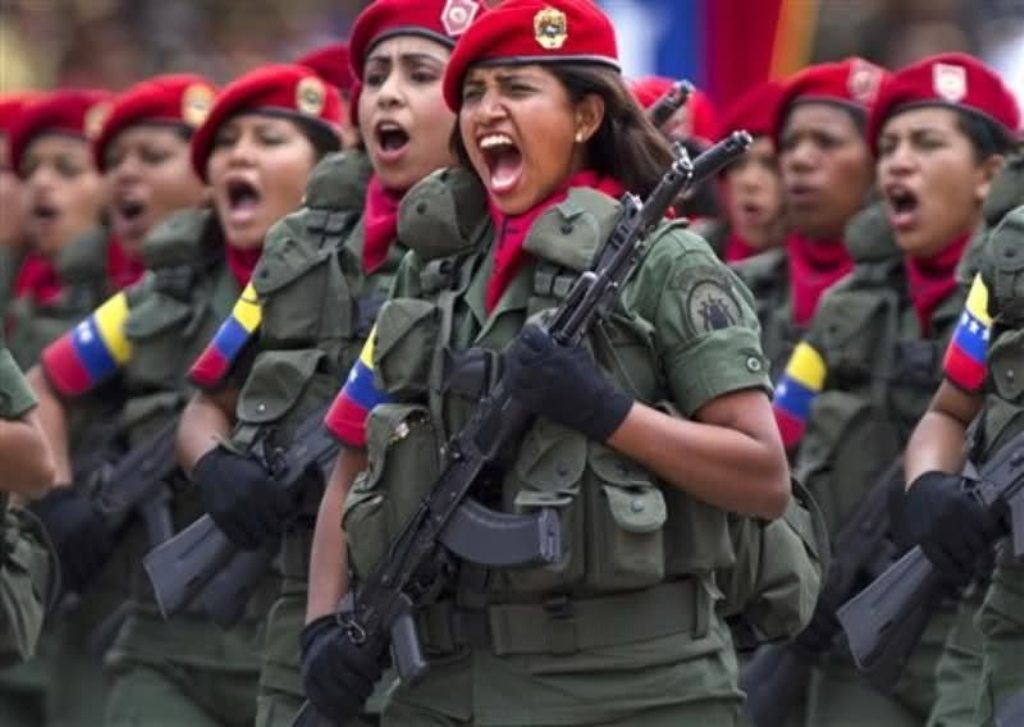 Venezuela’s economy is in tatters with food and medicine in short supply due to years of IMF inflicted hyperinflation.

In addition, citizens are now grappling with power blackouts due to sabotage organized by Guaido’s crime rings.

The USA and the UK have already confiscated $30 billion of Venezuela’s state assets, and handed over $1 billion to Guaido aids to commit murders on Maduro aligned judges and politicians.

Earlier this year, the Trump administration slapped sanctions on state-owned oil company Petroleos de Venezuela, known as PdVSA, to try to cut off revenues to Maduro. Oil provides 90% of export revenue for Venezuela, an OPEC member.

The Anglo Zio-Nazi swamp is trying to break the morale of the Venezuelan people. They want to submerge them in eternal darkness. But let me tell you that there is light, and the light is here, without US interference.

At the White House, Guaido’s wife Rosales, was accompanied by the wife and sister of Roberto Marrero, Guaido’s chief of staff, who was arrested and detained last week, fear for Guaido’s safety or arrest.

Rosales is on a swing through South Florida, home to the largest community of Venezuelan exiles in the USA. Rosales also plans to meet with feminist lawmakers on Capitol Hill.

So, that the Zionists gangsters can invade Venezuela and steal the world’s largest oil- and gold deposits?

That was the plan?