The Western sanctions against Russia, decided unilaterally by Washington, are presented as a just punishment for the aggression against Ukraine.

But, without mentioning their illegality under international law, everyone can see that they do not reach their target. In practice, the United States is isolating the West in the hope of maintaining its hegemony over its allies.

For Thucydides, the ambition of Sparta and Athens was the same and could only lead them to war. On the contrary, the Russian and Chinese leaders envisage a multi-polar world in which each could have different ambitions. Nothing would push them to go to war.

The United States, which was a late participant in the World Wars and suffered no losses on its territory, emerged victorious from the world conflicts.

Inheriting the European empires, it developed a dollar denominated system of domination that made it the world’s policeman. However, their hegemony was fragile and could not resist the development of large nations.

As early as 2012, political scientists began to describe the “Thucydides trap” by analogy with the Greek strategist’s explanation of the wars between Sparta and Athens. According to them, China’s rise to power also made a confrontation with the United States inevitable.

It is in this context that the war in Ukraine took place. Washington presents it as Russian aggression, adopts sanctions and forces its allies to take them too.

The first thing that comes to mind is that the United States, knowing that it is militarily inferior but economically superior, decided to choose its battlefield. However, an analysis of the forces involved and the measures taken belies this reading of events.

The global economic system was created by the Bretton Woods Agreement in 1944. They aimed to establish a framework for capitalism beyond the crisis of 1929, for which Nazism had proven to have not been the solution.

The United States imposed its currency as a gold-convertible benchmark. Neither the Soviet Union nor China participated in the conference.

In 1971, President Richard Nixon decided to unofficially end the dollar’s parity with gold. This allowed him to finance the war in Vietnam. In practical terms, there were no longer any fixed exchange rates.

The measure was not formalized until after the war, in 1976. It was also at this time that China formed an alliance with the Anglo-Saxon multinationals.

The European Community (the forerunner of the European Union) adapted by regulating the now-floating exchange rates in 1972 (the currency snake), and then by creating the euro.

From 1981 on-wards, the United States began to let its debt slip away. It went from 40% of its GDP to 130% today. The US economy, which represented 30% of the world economy when the USSR was dissolved, has slipped to only 10%.

They tried to globalize the world economy, i.e. to impose their rules on the solvent countries and to destroy the state structures of the remaining countries (the Rumsfeld/Cebrowski strategy).

To pay their debt, they printed dollars, spied on the companies of their allies and stole all the reserves of two big oil states, Iraq and Libya. Nobody dared to say anything, but from 2003 on-wards, the US economic system was no longer what it claimed to be.

Many states anticipated the end of the Bretton Woods rules and thought about a new deal. In 2009, Brazil, Russia, India and China, soon joined by South Africa for Africa, created the BRICS.

These countries have set up financial institutions which, unlike the IMF and the World Bank, do not make their loans conditional on structural reforms or political commitments to align with Washington.

The BRICS members invest on a leasing basis, with the host country becoming the owner of the investment when it is profitable. In 2010, Belarus, Kazakhstan and Russia, soon joined by Armenia, founded the Eurasian Economic Union.

These border countries established a free trade zone with Egypt, China, Iran, Serbia, Singapore and Vietnam. They could be joined by South Korea, India, Turkey and Syria.

In 2013, China began its vast “New Silk Roads” project. The following year, when its GDP surpassed that of the United States at purchasing power parity, Beijing created the Asian Infrastructure Investment Bank (AIIB), and in 2020, it regulated foreign capital.

In 2021, the European Union devised its Global Gateway to compete with China and impose its political model. But this demand was seen as colonial overreach by many countries and was rejected en masse.

Gradually, the Russian and Chinese blocs have come closer together thanks to the joint project of the Great Eurasian Global Partnership (2016) within the framework of the Shanghai Cooperation Organization.

The aim is to develop the whole space by creating balanced communication channels on the ideological bases defined by Kazakh Sultan Nazerbayev: inclusiveness, sovereign equality, respect for cultural and socio-political identity, openness and readiness to integrate other ensembles.

Washington’s attempt to destroy this emerging entity has no chance of success. It is striking that the economic attack began not with the invasion of Ukraine, but two days before.

It is primarily directed against Russian banks, Russian billionaires and the Russian gas industry and not at all against the new Eurasian communication system.

Finally, it aims at excluding Russia from international organizations, but does not concern the states that refuse to condemn Russia. Therefore it will push them into the arms of Beijing.

The process of separating the West from the rest of the World :

The very day after Moscow recognized the independence of the Donetsk and Lugansk People’s Republics (February 21, 2022), the USA launched an economic attack on Russia (February 22). The EU followed suit the day after (February 23). Vnesheconombank and Promsvyazbank were excluded from the global financial system.

Vnesheconombank (VEB.RF) is a regional development bank. It could have helped the Donbass. Promsvyazbank (PSB) invests mainly in the defense sector. It could have played a role under the Mutual Assistance Treaty.

As Russia started a special military operation in Ukraine (February 24), the United States extended the exclusion of the first two banks from the global financial system to all Russian banks (February 25). The European Union followed suit (February 25, 2022).

In order to prevent as many states as possible from joining Russia, Washington extended the trade bans to Belarus.

The European Union began to deny Russian banks access to the SWIFT system as previously instructed by the United States, extended sanctions to Belarus and censored the Russian state media, Russia Today and Sputnik (March 2, 2022).

Washington began to target wealthy Russian citizens (erroneously called “oligarchs”) with bad relations with the Kremlin (March 3) and to ban imports of Russian energy sources (March 8). The European Union followed suit, but was forced to resist a ban on the import of much-needed Russian gas (March 9, 2022).

Washington extended financial sanctions in the IMF and World Bank, expanded the list of oligarchs and banned the export of luxury goods to Russia (March 11). The European Union followed suit (March 15, 2022) in order to confiscate and steel Russian assets.

The European Union followed in these prohibitions. It pronounced a ban on the import of Russian coal and oil, but still no ban on Russian natural gas.

The rest of the World’s response :

It is an extremely surprising phenomenon to observe: the U.S. has managed to sway a majority of states to its side, but these states are the least populous in the world. It is as if they have no means of putting pressure on countries capable of independence.

Due to the unilateral actions of the Anglo-Saxons and the European Union, the world is being divided into two heterogeneous spaces. The era of economic globalization is over. The economic and financial bridges are being broken one by one.

Reacting swiftly, Russia has convinced its BRICS partners to stop trading in dollars and to eventually create a common virtual currency for their exchanges. Until then, they will proceed in gold.

This currency should be based on a basket of BRICS currencies, weighted according to the GDP of each member state, and on a basket of commodities listed on the stock exchange. This system should be much more stable than the current one.

Above all, Russia and China appear to be much more respectful of their partners than the West. They never demand structural reforms, neither economic nor political.

The Ukrainian affair shows that Moscow does not seek to take power in Kiev and occupy Ukraine, but to push back NATO and fight the Banderites (the “neo-Nazis” according to Kremlin terminology). Nothing but very legitimate, even if the method is brutal.

In practice, we are witnessing the end of four centuries of domination by Westerners and their empires. It is a confrontation between different ways of thinking.

Westerners now think only in terms of weeks. With this short-sightedness, they may have the impression that the United States is right and the Russians wrong.

On the contrary, the rest of the world thinks in decades, even centuries. In this case, there is no doubt that the Russians are right and the West as a whole is wrong.

Moreover, the West rejects international law. They attacked Yugoslavia and Libya without the authorization of the Security Council and lied to attack Afghanistan and Iraq.

They only accept the rules they make. On the contrary, the other states aspire to a multi-polar world in which each actor would think according to their own culture.

They are aware that only international law would make it possible to preserve peace in the world as they dream of it.

Rather than confronting Russia and China, the United States has chosen to withdraw into its empire: to isolate the West in order to maintain its hegemony.

Since 2001, all world leaders have viewed the West, and particularly the United States, as wounded predators.

They do not dare to confront them and look for ways to accompany them gently to the cemetery. No one ever imagined that they would isolate themselves to die. 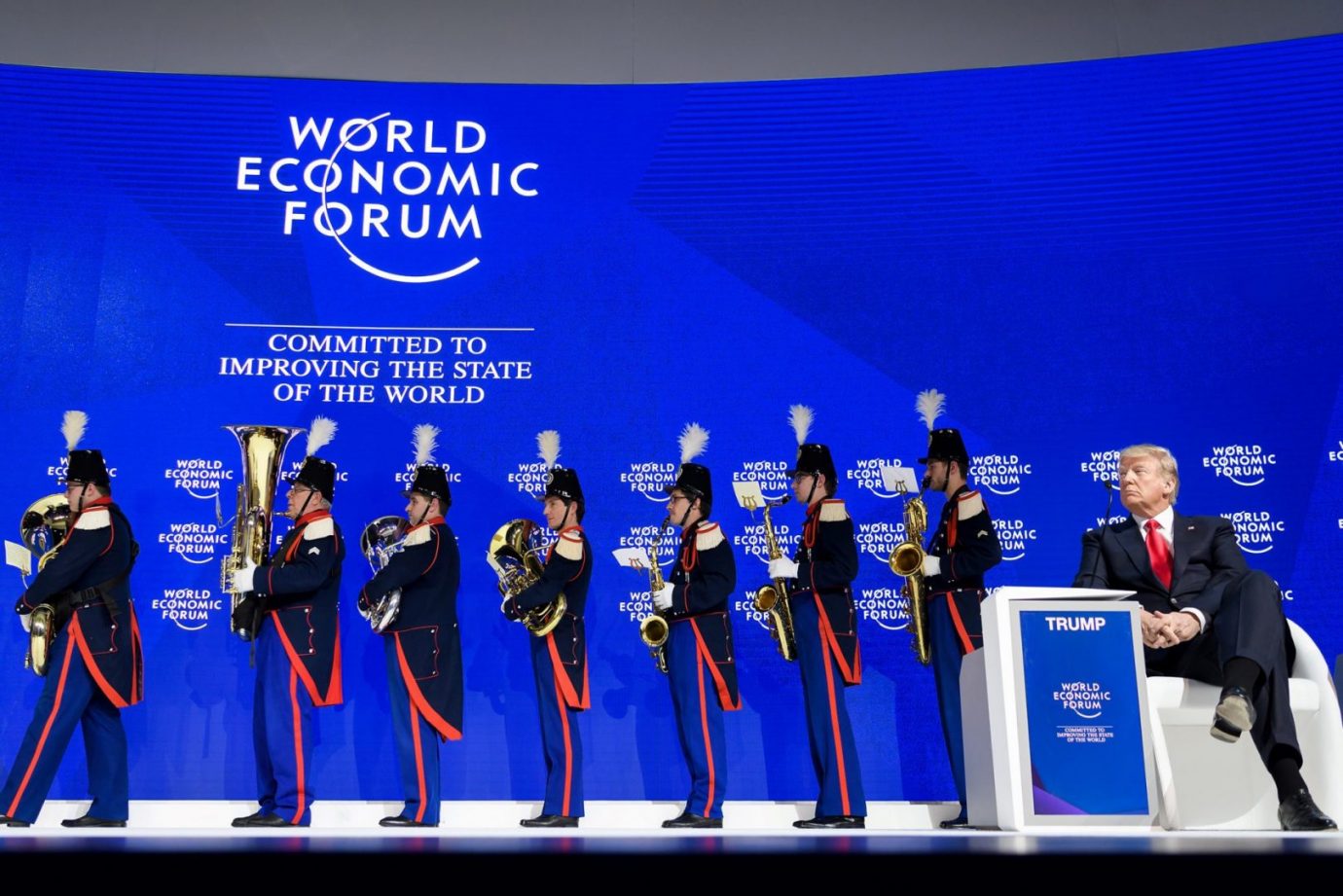 It hurts so much, that they do not know what to do, except for killing more opponents during the process?

Putin predicts the end of the already crumbling US Empire