The Dutch government plans to issue a formal apology next month for its history as a slave driving nation, using profits from the colonies to build the entire infrastructure, such as roads and bridges for the Netherlands.

According to the outlet, the government also intends to set up a €200 million slavery awareness fund which will finance the relevant projects and dedicated school programs. Additional €27 million will be allocated to create a slavery museum.

The government’s move in The Hague will constitute a formal response to a report last year by the Dialogue Group on Slavery History.

The commission, which was set up by the Interior Ministry, recommended that Prime Minister Mark Rutte should recognize and apologize for past (and present) slavery.

The formal apology, which is not expected until mid-December, will reportedly be supported by most MP’s and key parliamentary parties have already called on the government to take a stand.

In July, 2021, the mayor of Amsterdam, Femke Halsema, officially apologized for the active involvement of the city in the commercial system of colonial slavery.

Between the 16th and 19th centuries, the Netherlands maintained colonies in the regions known today as Indonesia, South Africa, Curaçao and New Guinea.

It was one of the last countries to abolish slavery, doing so in 1863 in its main colony of Suriname in South America. 2023 will mark 150 years since the Netherlands freed tens of thousands slaves there and on the Dutch Caribbean islands.

Good that they apologize, but should the apology not be done the head of state not government? At the start monarchy was in charge as they still are but not actively or so they want us to believe.

They still have the power to dismiss the government so apology must come from them. On reparations 200 million is a joke. How have their colonies contributed to their modern standing?

Did they consult Suriname or they went back to their master mentality of how much is good for their slaves? How did they arrive at the figure when German is still paying the Israelis billions.

Colonialism knows how to disguise itself, the more they change the more they stay the same. The plundering and confiscating attitude never stops, such as mass tourism invading global territories covered by glorifying media lies and other type of propaganda distractions.

Russia has exposed this Europeans as empty shells, now suddenly they want to apologize so they can get resources from colonies, Germans are in Namibia also with fake apologies, Portuguese in Mozambique.

So, in the end and presence, we still are slaves in this system, only now we must buy our own food and provide our own shelters and even pay taxes and subsidize the royal family.

All this while, the slave driving government subsidizes more greedy entities and corporations confiscating public income leaving most of the population poor and in designed debts?

Slavery and human trafficking never stops because it generates a lot of tax free money for involved corporations, institutions and fascist NGO’s! 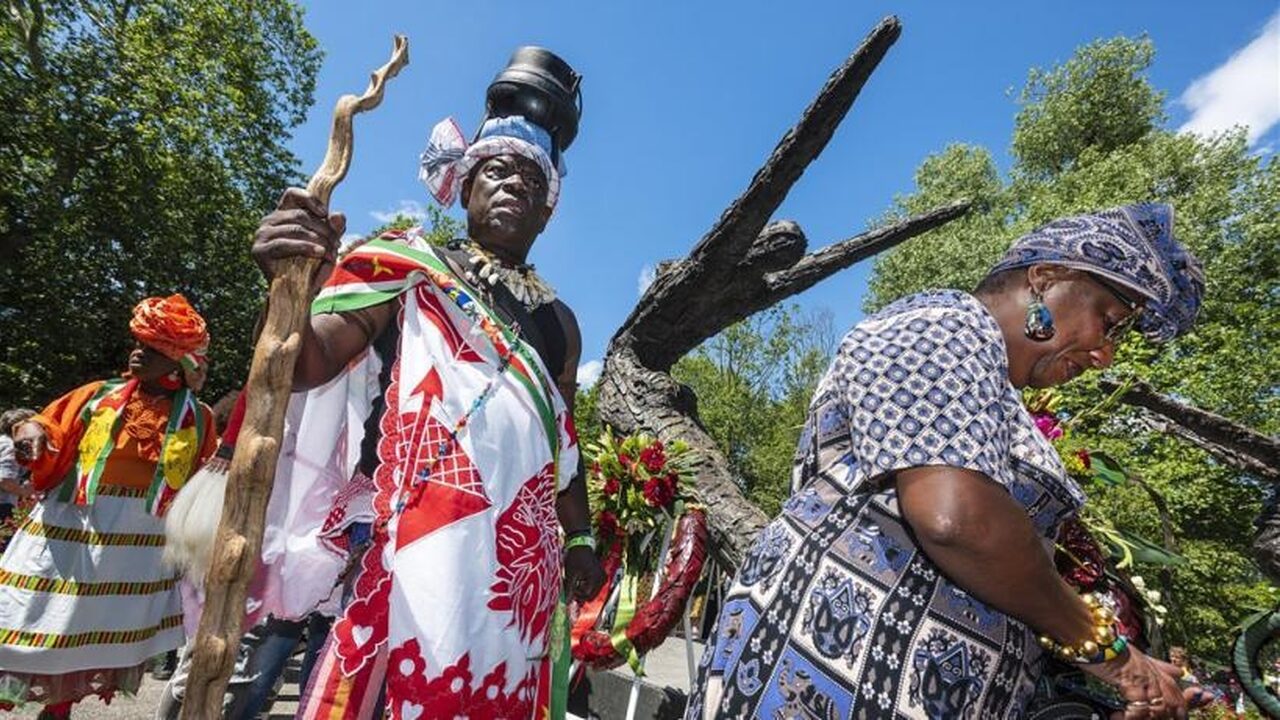 Corrupting governments and glorifying invasions, while trashing traditions and culture, with tourism and other forms of corporate occupation.

Glorifying their actions presented by the fake corporate media sources, which operate on the behalf of the criminal networks?

Just lip service, a drop in the bucket. The west is still exploiting and oppressing its colonies, former colonies, and their neighboring countries. That’s why we need Putin’s plan of multi-polarity. The sooner the better.

The West have no where to Hide from Historic crime that European had committed against The African……700 Years of destruction ……….To this day the destruction is still going On……….Not only by Words but by Deed’s if the European Want to Settle their Crime Against African.

The Dutch government must Apologize for glorified Slavery - Taipan Magazine