Last week, Gazprom accused Ukraine of siphoning off transit supplies destined for Moldova and threatened to curtail exports through a key pipeline in response, starting on November 28, 2022.

Funds for gas intended for Moldovan consumers and held back on the territory of Ukraine have been received by Gazprom, stated. In this regard, it was decided not to reduce the gas supply to the Sudzha interconnection point for transit to Moldova.

At the same time, Gazprom said the Moldovan side regularly violates contractual obligations on payment for Russian gas, cautioning that it reserves the right to reduce or halt future flows if Chisinau fails to make the agreed payments.

The Sudzha pipeline through Ukraine is the only remaining route for Russian natural gas to western and central Europe, after the Nord Stream pipeline was damaged by a suspicious explosion in September, 2022.

In a sign that flows were continuing, Gazprom announced separately that it would ship 42.2 million cubic meters (mcm) of gas to Europe via Ukraine on Monday. The figure is only slightly down from Sunday’s level of 42.6 mcm and includes flows to Moldova.

With only 2.6 million people, Moldova is one of the poorest European countries. Sandwiched between Ukraine and Romania, it relies heavily on Russian gas.

The government has been urging households to reduce gas consumption as much as possible, as prices have skyrocketed this year, driving inflation to record highs.

Prime Minister Natalia Gavrilita has warned that Moldova’s economy could face the double shock of losing Russian gas and “extraordinarily high” energy prices this winter. The government has even launched a website to help citizens find firewood to heat their homes.

In the meantime the Moldovan FM is in Bucharest for a NATO meeting, as a special spying guest. 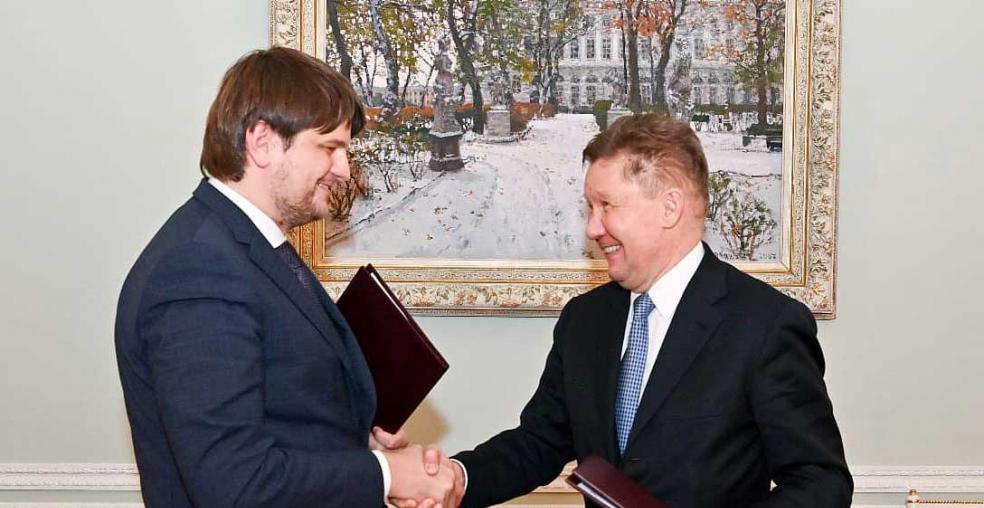 If Gazprom could bypass Ukraine altogether for ALL gas deliveries, not just to Moldova, but others as well and stop paying transit fees to the current despicable Kiev regime altogether, that would hasten the end of that gang of thieves.