Russian President Vladimir Putin oversaw the ceremony via video link, declaring that the Zircon missile was a unique weapon design and that no other country in the world has anything comparable to it.

The United States Air Force (USAF) recently announced the awarding of a contract to Raytheon Technologies. Worth upwards of $985 million, this contract will focus on developing—and demonstrating—scram jet-powered hyper-sonic cruise missiles.

As an air-launch ballistic, the weapon could be fired remotely, from far outside the reach of enemy air defense operations. At the end of the day, the agency hopes to be able to use a functional HACM weapon in combat situations by fiscal year 2027.

Putin is sure that such a powerful armament will allow us to steadfastly defend Russia from potential foreign threats. It will help to maintain the national interests of our country.

According to Defense Minister Sergey Shoigu, the frigate will conduct a voyage in the Atlantic and Indian Oceans, as well as the Mediterranean Sea.

A ship fitted with Zircons is capable of carrying out high-precision and powerful strikes on the enemy at sea and on land. The unique feature of Zircon hyper-sonic missiles is their guaranteed ability to bypass any existing or prospective air defense systems.

Shoigu added that the missiles have a range of more than 1,000 kilometers (621 miles).

The frigate first joined Russia’s Northern Fleet in 2018. Onboard trials of the Zircon began in 2020 and were concluded last year.

Beautiful technology. but wouldn’t it make more sense if the money were used for something sustainable, e.g. in infrastructure for cities and villages in Russia (similar to how it works in Moscow and St.Petersburg)?

Thunder2351, True but sadly if you do not have these tech, then the Satan of war and destruction from USA will visit the nation soon. To counter the evil, you need these blazing torch.

Nice thought and normally I would agree in peacetime but America has its military on Russia’s borders and the worlds biggest sanction regime ever in history against Russia to destroy it — only a fool and not a patriot would do as you suggest. 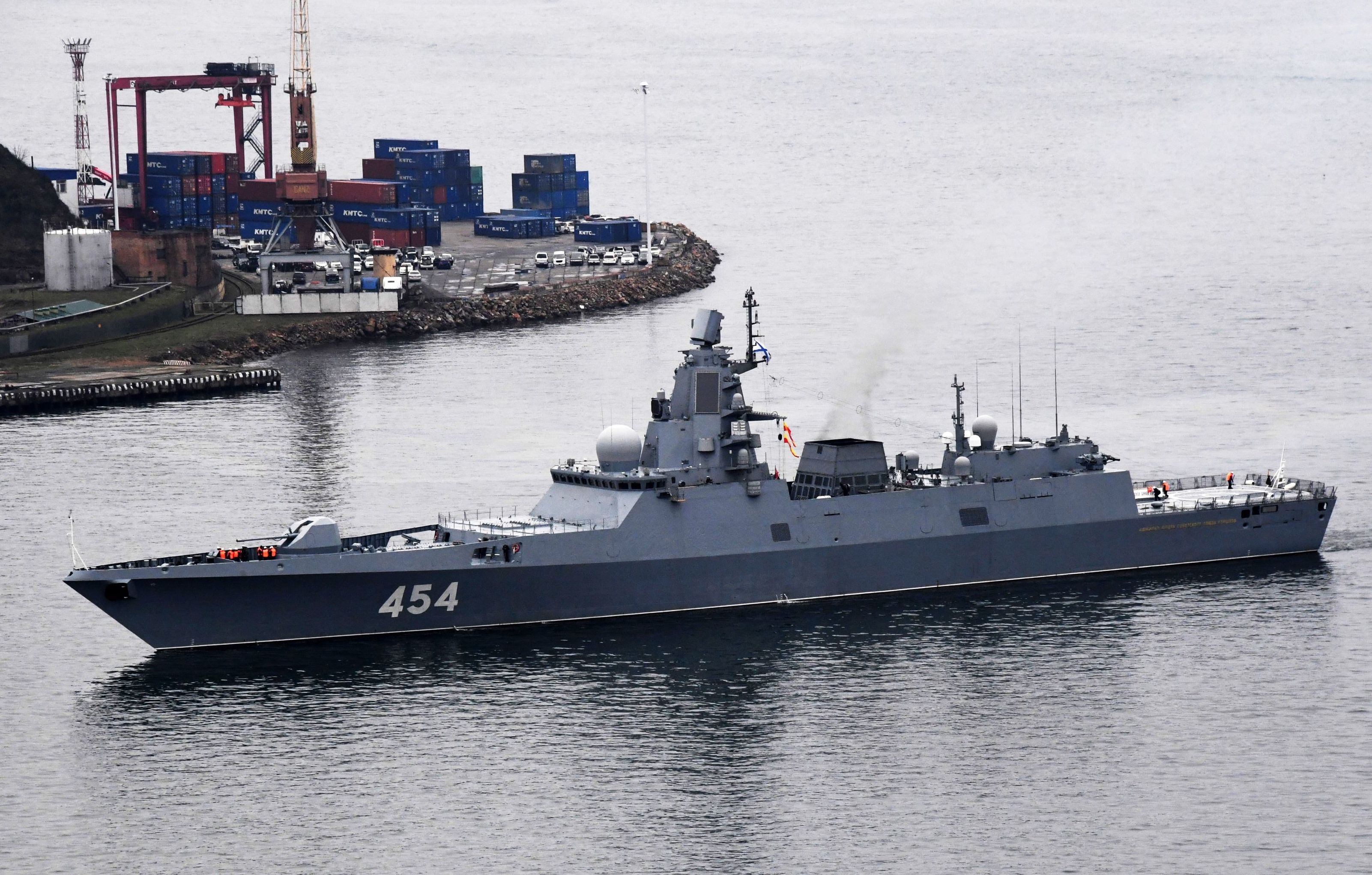 Hearty Congratulations to Russia! One hopes that Washington and Brussels have understood what these words mean: “Zircon missile was a “unique weapon” and that “no other country has anything comparable.” And that Zircon has a range of more than 1000 kilometers in addition to having “guaranteed ability to bypass any existing or prospective air defense systems.”!