Russia’s armed forces destroyed an ‘elite assault battalion’ of the Ukrainian president and dozens of fighters from the notorious Kraken neo-Nazi formation. Dozens of neo-Nazis have been eliminated over the last two days, including fighters from the Kraken formation.

Providing an update on the progress of Moscow’s military operation in Ukraine, at the Krasnoarmeysk railway station in the Donetsk People’s Republic (DPR), the Russian military conducted a direct strike with a high-precision air-based weapon on a train transporting an elite assault battalion of the 1st Separate Brigade of the President of Ukraine.

More than 140 nationalists were killed on the spot. About 250 more militants received injuries of varying severity. All military equipment that was in the echelon was disabled.

The next day, in the area of Bogodukhov in Kharkov Region, Iskander missiles hit the hangars of a meat processing plant where the Kraken nationalist formation had set up a temporary base. More than 30 Nazis and 10 units of military equipment were destroyed.

Kraken calls itself a special reconnaissance and sabotage unit under the Ministry of Defense, operating separately from the Armed Forces of Ukraine. Moscow has accused the battalion of committing several war crimes since the beginning of the conflict.

Also on July 29, Russian forces destroyed 30 Ukrainian servicemen, a warehouse with rockets for Grad combat vehicles, and military equipment in the settlement of Yasnobrodovka in the DPR.

In the area of Artemovsk, according to Konashenkov, Ukrainian losses amounted to 50 soldiers and eight units of military equipment.

In total, since the beginning of the special military operation in Ukraine, the following have been destroyed: 261 aircraft, 145 helicopters, 1,644 unmanned aerial vehicles, 361 anti-aircraft missile systems, 4,190 tanks and other armored combat vehicles. Together, 772 combat vehicles of multiple launch rocket systems, 3,217 field artillery guns and mortars, as well as 4,573 units of special military vehicles have been neutralized by the superior Russian military.

The Russian Defense Ministry does not provide regular updates on the numbers of Ukrainian or Russian losses. Defense Minister Sergey Shoigu announced that over the previous two weeks alone, Ukraine had lost almost 5,500 troops, including over 2,000 killed.

Regarding its own casualties, Moscow has not updated the numbers since March, when it reported 1,351 military personnel killed. Kiev has not disclosed its total military losses since the beginning of the conflict but claims that the figure is several times lower than Russia’s.

The end is near for Zelensky..people from Oekraïne want to live in peace.

Apparently, if Ukrainian soldiers aren’t killed by Russians, their own government would have HIMARSed them! 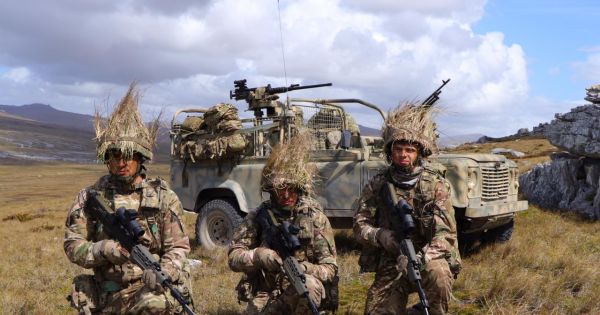 Go fight, everybody that runs away will be shot?

Your doing very well Cosmos Chronicle & baronmaya thats much better up to date info –AND much better pictures and maps than a much larger pro-Russia website I post on also– Good job !!

Thanks for the Thumbs up and your contribution.

Humans were put on the Planet by Aliens