Evo Morales – President of Bolivia from the MAS party (Movimiento al Socialismo, Movement Towards Socialism) – was forced to resign on November 10, in what many observers view as a coup.

In the wake of Morales’ resignation, there has been mounting chaos and violence. What is happening in Bolivia is highly undemocratic and we are witnessing some of the worst human rights violations at the hands of the military and the police since the transition to civilian government in the early 1980’s.

We condemn the violence in the strongest terms, and call on the USA and other foreign governments to immediately cease to recognize and provide any support to this regime. We urge the media to do more to document the mounting human rights abuses being committed by the Bolivian state.

On November 10, Morales’ vice president and the heads of both chambers of Congress also resigned in the face of threats of violence against top MAS officials unless they left office.

The pressure campaign included the burning of MAS officials’ houses and kidnapping of relatives. This paved the way for the ascension to the presidency of Jeanine Áñez (a conservative Roman Catholic opposition leader from northeastern Bolivia, widely accused of holding racist views) on Tuesday November 12. 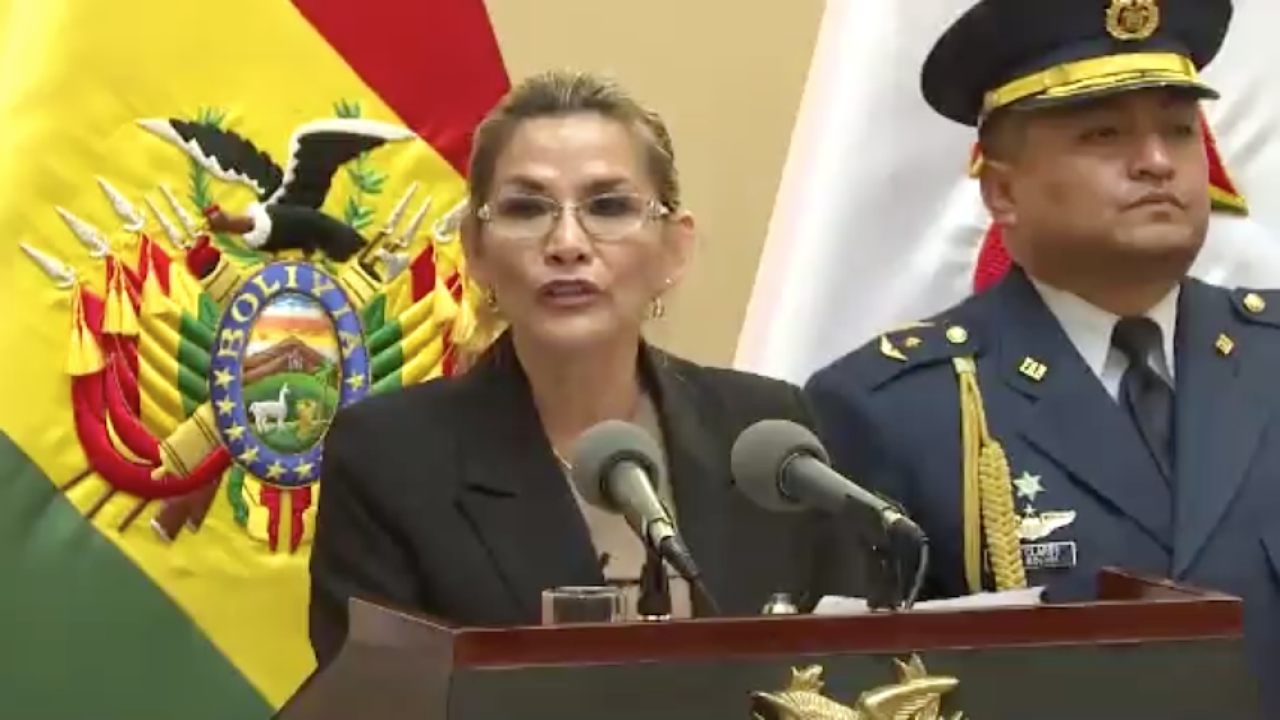 The circumstances surrounding the rapid-fire resignations makes Áñez’s assumption of power highly questionable. There are serious doubts about the constitutional legitimacy of her succession.

Without the forced resignations by MAS officials, Áñez would not have had even a minimally plausible constitutional path to the presidency, as she was serving as Vice-President of the Senate, a position that is not in the line of presidential succession within the constitution.

Additionally, Áñez, whose party received only 4% of the vote in the most recent October 20 election, declared herself President in a Senate session lacking quorum, with MAS senators who make up the legislature’s majority boycotting partly due to fears for their physical safety.

Áñez represents the radical-right sector of the Bolivian opposition, which has taken advantage of the power vacuum created by Morales’ ouster to consolidate control over the state.

Áñez appears to have full support of Bolivia’s military and police. Over the course of the last week the military and police have engaged in significant and increasing repression against protests, which have been largely, though not entirely, peaceful.

By the night of November 13, La Paz and Cochabamba city center streets were empty of anyone but the police, military, and self-appointed neighborhood militias. There has been ongoing looting, burning of buildings, and violence on the streets and protesters have been met with much repression.

In a highly disturbing move, Áñez issued an executive order on November 15 exempting the military from criminal responsibilities related to the use of force. Áñez has said Morales will face prosecution if he returns to Bolivia.

And she has also floated the idea of banning the MAS party – which is undoubtedly still Bolivia’s largest and most popular political force – from participation in future elections.

Equally disturbing has been a resurgence of public anti-Indigenous racism over the course of the last week. Shortly after Áñez was declared President, she thrust a massive Bible into the air and proclaimed “The Bible has returned to the palace!

Elon Musk going after the largest lithium reserves in the world?

However, he is the only one profiting from the situation?

US Federal Judge orders Clinton to appear in Court on September...