Ex-CIA and commercial jet pilot John Lear claims that the Twin Towers were not brought to the ground by planes crashing into them on 9/11. In Lear’s expert opinion the official claim that two planes crashed into the towers is actually “physically impossible.”

The grandson of Learjet founder Bill Lear, John Lear is a retired airline captain and former CIA pilot who has flown over 100 different types of plane during 40 years of active flying.

He holds more FAA airman certificates than any other FAA certified pilot, and has flown secret CIA missions in Asia, Africa, Eastern Europe and the Middle East.

FAA Regulation 121 requires a comprehensive investigation of all crashes of scheduled commercial flights yet there are no official crash reports on the 4 incidents because there were no planes.

Basically, you don’t want to argue with John Lear about flying and planes. He is as close as you can come to being American intelligence and aerospace aristocracy.

Experienced commercial and military pilots have stated that the speed and manoeuvres of the planes that hit the World Trade Center are impossible to have happened. They state they could not replicate the alleged flights themselves.

Two experienced pilots using flight simulators on the morning of 9/11 could not hit towers at 500 mph in six attempts. In reality a 767 fly can not fly that fast at sea level.

Now, the world is supposed to believe that both planes were entirely inside the towers, with no pieces of debris showing anywhere, or no black boxes found @ the crash site?

As the alleged planes made contact with the towers there is no bending, buckling or breaking of the planes. No wings breaking or other parts of the planes breaking apart. This is totally impossible.

From the holes left in both towers after “impact” we are supposed to believe the wings sliced clean through the 14 inch steel beams but this is simply impossible.

The fragile mostly hollow aluminum wings would not slice through all the 14 inch steel box columns of the WTC towers and leave a Wylie Coyote style hole. An airplane wing can be sliced in half by a wooden telephone pole or sometimes even by a flock of geese.

The wings would break off immediately upon contact and the plane would explode. It would not enter the tower and then explode.

The plane would simply be obliterated to pieces by the 14 inch steel box columns and the steel and concrete floor trusses before it got anywhere near the inside of the tower.

Apart from one or two props placed there like a bit of tire and a bit of engine parts that didn’t even match a Boeing 767 and like the laughable bit of engine on the Pentagon lawn, there were no real plane parts or debris to be seen and no black boxes were ever found at ground zero.

In reality, if a plane had hit the tower it would have crushed up like a car hitting a wall and its wings would have broken off and the majority both planes would have fallen to the street below.

The street below would have been littered with plane debris and the charred remains of the passengers yet it wasn’t because there was no plane.

Pilots For 9/11 Truth also stated that the speed and sharp turns would have resulted in the plane breaking up from the stress on the aircraft frame due to the the speed and air pressure.

It would be extremely difficult for the pilot to actually hit the tower even if the wings didn’t break off due to the stress.

I flew the two actual aircraft which were involved in 9/11; the Fight number 175 and Flight 93, the 757 that allegedly went down in Shanksville and Flight 175 is the aircraft that’s alleged to have hit the South Tower.

I don’t believe it’s possible for, like I said, for a terrorist, a so-called terrorist to train on a [Cessna] 172, then jump in a cockpit of a 757-767 class cockpit and fly the airplane at speeds exceeding it’s design limit speed by well over 100 knots, make high-speed high-banked turns, exceeding — pulling probably 5, 6, 7 G’s.

In all of the footage the alleged planes hitting the twin towers clearly do not look real. The planes have a computer generated appearance.

In the different footage we see the planes changing shape and color, missing wings, are featureless and blurred. Pilot John Lear made the observation that the plane has no strobe lights. The plane also casts no shadow.

Also both UA 175, plane number N612UA and UA 93, plane number N591UA, were “still registered and valid more than 4 years after [their] alleged destruction. 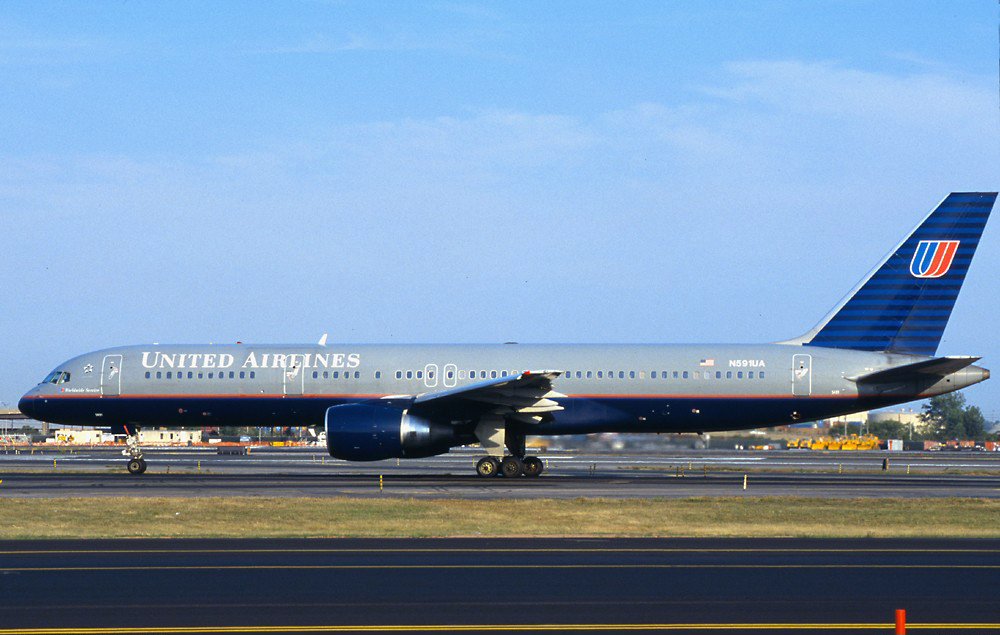 Wittenberg also convincingly argued there was absolutely no possibility that Flight 77 could have descended 7,000 feet in two minutes, all the while performing a steep 280 degree banked turn before crashing into the Pentagon’s first floor wall without touching the lawn?

Further there was no wreckage from a 757 at the Pentagon. The vehicle that hit the Pentagon was not Flight 77. We think, as you may have heard before, it was a cruise missile.

According to BTS statistics, both 11 and 77 officially never even took-off on 9/11.

The meticulous data kept on every airliner taking-off at every airport in the country also showed no elapsed run-way time, wheels-off time and taxi-out time, not to mention several other categories left blank on 9/11 concerning the two flights.

In conclusion we can be 100% certain the planes were not real. Apart from defying the laws of physics with impossible crash dynamics the planes do not even look real.

The question is: are the planes digital composites (CGI) inserted into real video or is it a 3D projected image using advanced technology not known to the public?

Richard D Hall believes there may have been a solid object, probably a small missile at the center of the “illusion”, with an image of a Boeing 767 being projected around it.

The holographic projector displays a three-dimensional visual image in a desired location, removed from the display generator. The projector can be used for psychological operations and strategic perception management.

It is also useful for optical deception and cloaking, providing a momentary distraction when engaging an unsophisticated adversary.”

This technology was reported in the media before 9/11 pertaining to military psychological operations (PSYOPS).

All and everything we are being told is a scam or hoax to cover up the real facts that are going on to enslave and plunder society?

While the real news is being censored, the sheep keep on liking fake news in their delusional world?

No Dice
Member
Reply to  Fukushima

A lot of things we get presented and believe in are filmed in or edited by Hollywood?

If the planes didn’t exist, where are all of the people who were on those planes! I personally know a man who lost his wife in the Pentagon crash. If it didn’t happen, where is she? Where are the people that were on the flight logs if the planes that flew into the towers?

That might be a question for you to answer? Most of the time, these people are Hollywood-style actors, while the flight logs could be fabricated?

Everything is rigged to the bone in our derailed society?

This is some interesting info by a retired stewardes that gives explinatioin as to what happened to the people that were registered to have been on those flights.

Very interesting, many thanks for the additional information regarding the miserable event.

Please go educate yourself, now that you still have time?

Everything can be found on the internet nowadays, so that shouldn’t be a major problem?

Who knows, but the main point here is that NO plane hit the pentagon. You would have to be an idiot to think that. And there are a lot of them nowadays.

People believe what is being presented by the media and are to afraid to draw their own conclusions?

Not much of a discovery, but an understatement of what really happened?

Why was it that many CEO’s and other Zionist entrepreneurs did not show up @ work that morning?

They were informed a to avoid the center?

So with all this proof why are the people responsible not in prison?

U/G nuclear detonation is the only answer. Dust was molecular.
I have learned from Dimitri Khalezov

Iran threatened to attack Israel if the USA replies to awaited...