Neo-Nazi penetration of Britain’s Armed Forces has been an issue of concern since at least the 1960’s, when groups, some with ties to Operation Gladio – the clandestine CIA scheme concocted to train ultra-right paramilitaries for a Soviet invasion of Europe and to attack leftist and pro-peace groups, began efforts to infiltrate the military.

Forty British Army soldiers, Royal Navy sailors and Royal Air Force air men have been investigated over suspected extremist ties since 2019, half of them for ultra-right activities, the Times has reported, citing data obtained in a freedom of information request.

The twenty personnel implicated in ultra-right ties were referred to the Prevent Strategy, a government program aimed at preventing radicalization and at stopping people from becoming terrorists or terrorist supporters.

The accused individuals were said to have included a pair of sailors, one serving aboard one of Britain’s Trident nuclear weapons-armed submarines, with ties to Generation Identity, a millennial fascist movement. Both servicemen were allowed to remain in the Navy.

The Parliament’s Intelligence and Security Committee warned in a report in July that ultra-right infiltration poses a threat to both the military and the police.

Internationally, right-wing extremist recruitment within the armed forces has long been of particular concern in the USA and Germany.

As early as 2008, the US Department of Homeland Security identified the radicalization of veterans by right-wing extremist organizations as a key concern, recalling that the Oklahoma City bombing in 1995 had been carried out by three former soldiers who had first met while serving in the US Army.

More recently, in 2019, the German authorities announced an investigation into 450 cases of suspected right-wing extremism in their police and armed forces, after identifying dozens of members of the Reichsburger, a neo-Nazi movement.

The parliamentary report further noted that four British Armed Forces soldiers had been arrested over their membership in National Action, a local neo-Nazi terrorist organization encouraging members to prepare for a race war by joining the military or learning military skills from active personnel, in 2017.

Separately, in 2018, Royal Anglican Regiment Lance Corporal Mikko Vehvilainen, a veteran of the NATO war of aggression in Afghanistan, was accused of trying to recruit comrades into National Action to prepare to cleanse our lands of non-whites.

The soldier was given an eight year prison sentence for his membership in the organization, weapons charges and other offenses.

He was found in possession of the manifesto of Norwegian ultra-right domestic terrorist Anders Breivik. Breivik killed 77 people in July 2011, most of them members of the youth league of the Norway’s Labor Party.

Three other troops associated with Vehvilainen were investigated for Nazi paraphernalia and other offenses, with one let go from Army service, and the other two internally disciplined and allowed to stay in the military.

A Ministry of Defense spokesperson downplayed the problem, assuring that the Armed Forces personnel are vetted and screened upon enlistment and that in all cases, we take early action to confront and challenge behaviors that fall short of the high standards expected.

British media reported last month that Home Secretary Suella Braverman is expected to overhaul the Prevent Strategy to pay more of a focus on the dangers posed by Islamist radicalization and extremism.

Notwithstanding the bravery displayed by millions of British troops in fighting Nazi Germany, Italian fascism and Japanese militarism during the Second World War, the issue of the infiltration of far-right extremists into the military began to emerge as a problem in the UK during the Cold War.

Organizations with ties to current or former soldiers began popping up in the 1960s and 1970’s, some of them connected to Operation Gladio, a CIA outreach program targeting fascist groups across Western Europe to prepare to fight a hypothetical Warsaw Pact invasion.

In Britain, one such group was Column 88, a neo-Nazi paramilitary organization whose members were trained by ex-British Special Forces officers, established ties with neo-Nazis across Western Europe, engaged in paramilitary training and terrorist bombings, and attempted to infiltrate the Army Cadet Force.

No problem for Truss then- barring a Dictatorship the Tories are about as Far- Right as it comes – call the UK public “Little People ” and are completely ruled by the City which is ruled by Zionism.

Meaning cut the Welfare State down to a welfare village level and standard- sell off Everything to BB USA – just whats left of the NHS to be sold off to Big Medical & Big Pharma – then its – “can you PAY ” at the reception as in the USA–no ? –tough ( for you ) .

Truss recently publicly and openly announced that she loved Zionists? Just like her predecessors, D. Cameron, T. May, magic B. Johnson? 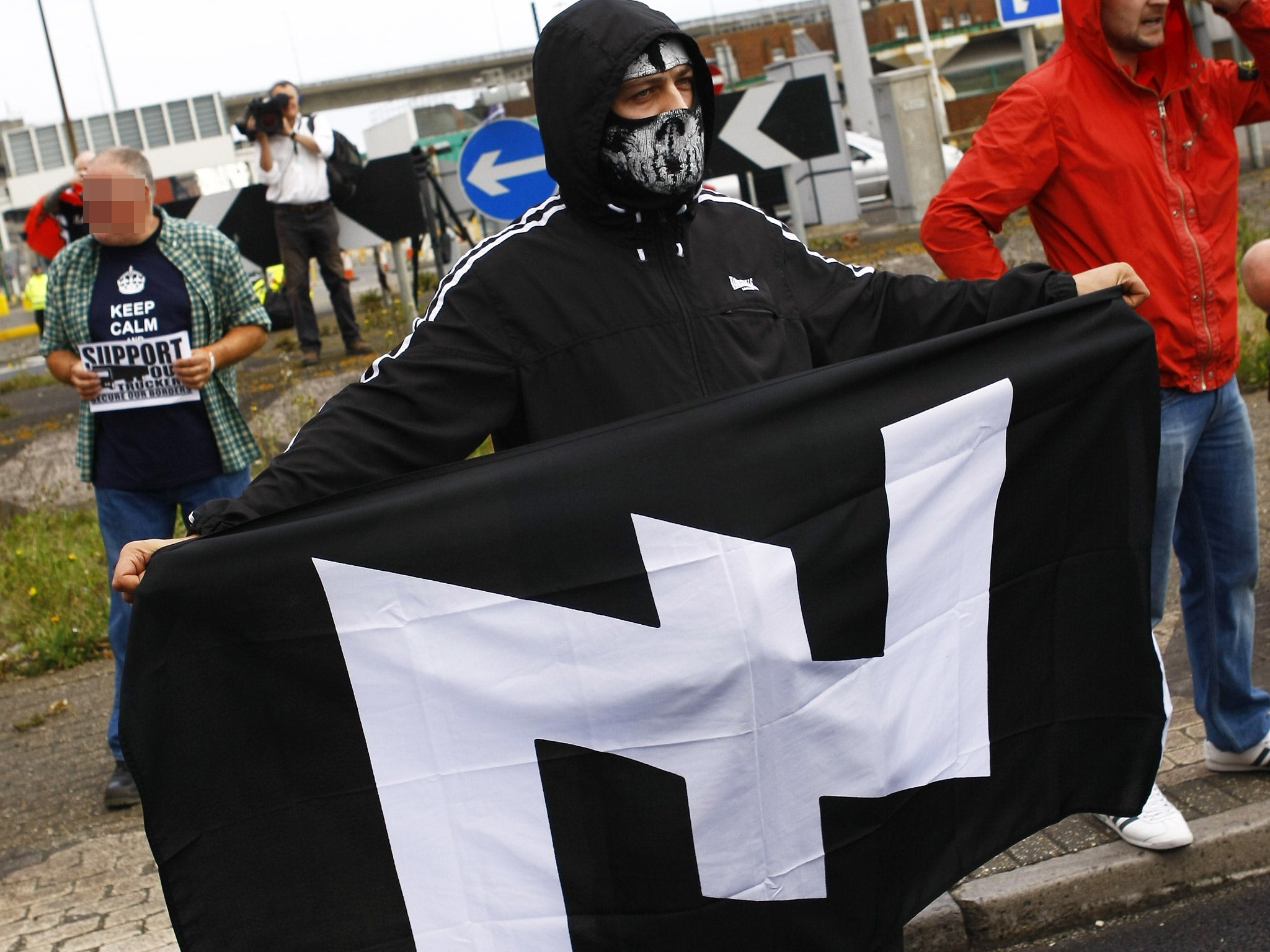