At this point, finances weigh in heavily. Back in the Cold War era, demonization of the Soviet Union played an immensely important role in justifying the defense expenses by the United States and also other members of NATO.

What we are witnessing now is a direct continuation of that line. Dangling the scary image of Russia as a deadly enemy to the Western world and to NATO allows Washington to justify the increase in defense spending.

Having a permanent enemy justifies the existence of NATO and, accordingly, provides significant windfall for the Military Industrial Complex, Rasmussen told Sputnik.

He added that US President Dwight D. Eisenhower, in his farewell address in January 1961, warned Americans of the dangers of the military-industrial complex, but his words of wisdom failed to be heeded.

As for whether NATO allies are prepared to fall in line and feed into US ambitions, Dmitry Suslov believes there is a certain ambiguity on the part of European countries to support Washington in its confrontation against Russia and China.

West European countries are less eager to support the USA in a standoff against China, he added, pointing to the recent visit of Olaf Scholz to Beijing, accompanied by a big group of German business leaders.

The reluctance can be explained by the fact that West European countries do not consider China as their vital national security threat or existential threat.

However, regarding Russia, these countries, despite paying a large cost for supporting the confrontation and hybrid war against Moscow spearheaded by Washington, have been effectively forced into submission.

One of the major reasons for the Ukraine conflagration – prepared by the USA and made inevitable by it – was to consolidate European countries around Washington, the deputy director of the Center for European and International Studies said.

Looking ahead, one can speculate that with the continuation of the conflict in Ukraine, European states’ readiness, ability, and will to continue suffering for the sake of American interests may weaken.

Russia has a bomb that could evaporate the entire solar system, and still NATO is trying to play chicken? 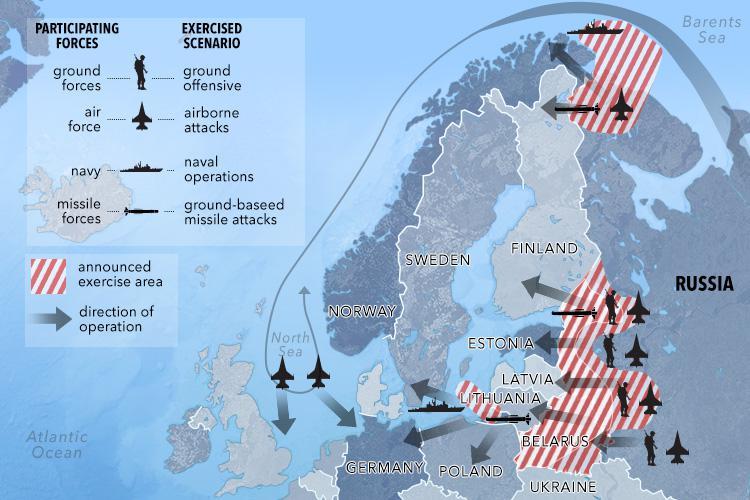