Jordanian King Abdullah II is the 43rd direct descendant of Mohammed through his daughter Fatima. As such he is the closest living heir and most likely candidate for Kaliph of any coming Moslim world Kingdom.

His family has always called the shots behind the scene where the Temple Mount is concerned. His father replaced the gold on the Dome of the Rock.

From the Moslim point of view having him in control of the mount makes a lot of sense, and may head off the Catholic desire to internationalize it.

For the Jordanians, guardianship over Al-Aqsa is not just about the longstanding legacy and religious and historical tradition, but is the central anchor that bolsters their monarchy, granting it legitimacy in the face of Islamic extremist elements in Jordan.

A weakened presence on the mount, Jordan fears, will necessarily also undermine stability in the kingdom, to the point of presenting an existential threat. 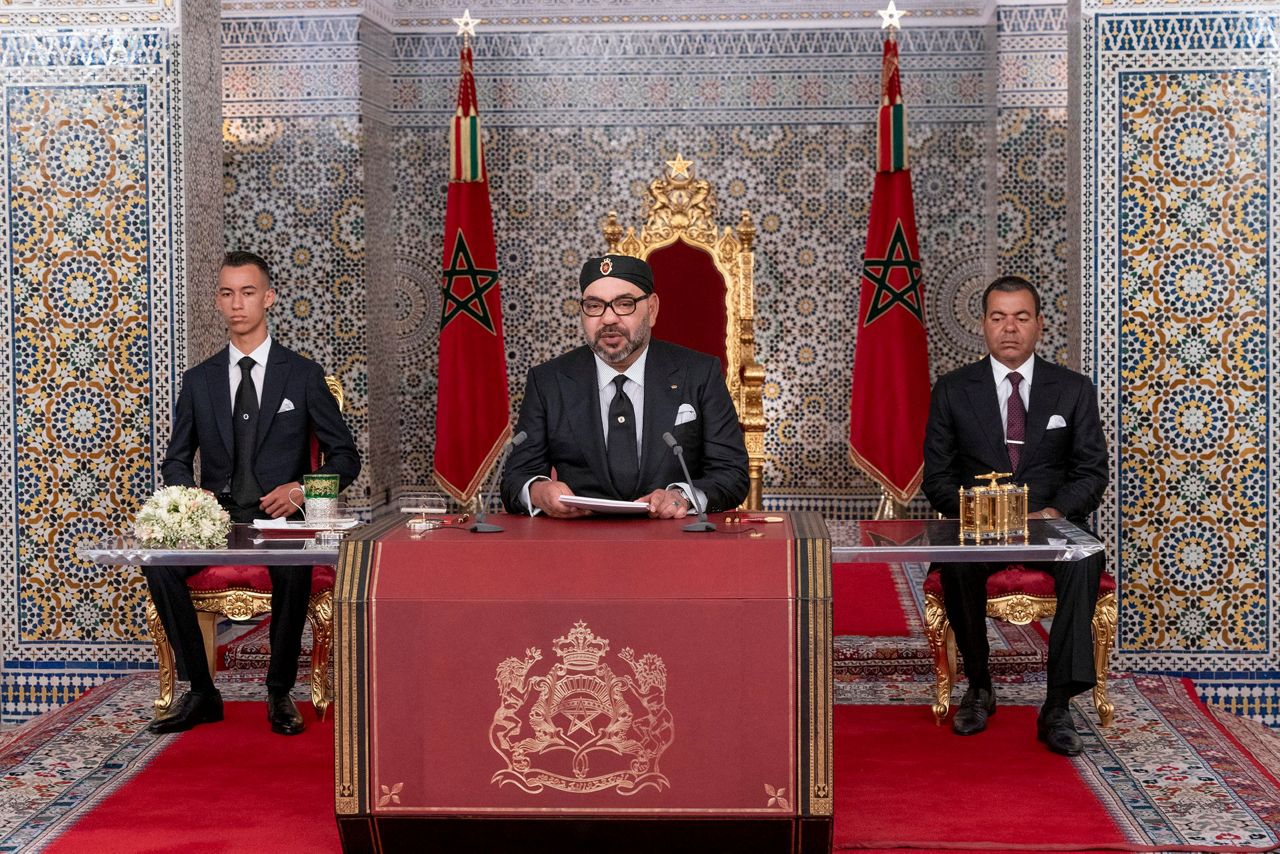 Morocco’s kings, the “defenders of Islam’s holy sites in Jerusalem,” have led this committee for decades.

From Morocco’s standpoint, normalization of ties with Israel is not just a renewed embrace of the Moroccan diaspora in Israel, but a stake with which it can improve the kingdom’s standing at the Al-Aqsa Mosque on the Temple Mount, the third holiest place in Islam.

Morocco has for years expressed interest in the Temple Mount. It donated dozens of prayer rugs to mosques at the site, and also transferred funds, through the Jerusalem Committee, to renovate homes and complexes in the area surrounding the Western Wall.

Foreign Minister Nasser Bourita, the central figure involved in forging the understandings and agreements recently reached with Israel, visited the mount in March 2018.

The array of powers and map of players on the Temple Mount are expected to undergo a period of change in the near future.

Israel’s rapprochement with Saudi Arabia alongside its normalization of ties with Morocco, a Saudi ally, create a new axis of Muslim powers on the Temple Mount.

Jordan, the current “guardian” of the Muslim holy sites in Jerusalem and on the Temple Mount, is aware of all this and more concerned than ever.

Its status on the Temple Mount may be anchored in the peace deal it signed with Israel in 1994 and in the many understandings, both formal and informal, reached with it later on, but ever since U.S. President Donald Trump’s so-called “deal of the century” was released, Muslim competition over the Temple Mount has been taken up a notch.

To all this, we will need to add Morocco in the near future. Under Morocco’s previous king, Hassan II, the Organization for Islamic Cooperation’s Jerusalem Committee determined years ago that the status Jordan enjoys on the Temple Mount is temporary in nature.

In response to this assertion, the Jordanian representative walked out of the committee’s discussions and returned to Amman. Egypt and Saudi Arabia took Morocco’s side at the time.

Israel is aware of the pan-Islamic sensitivity to the primacy Israel has granted Jordan on the Temple Mount. Under the late Prime Minister Yitzhak Rabin, Israel offered then-Jordanian King Hussein to establish a multinational religious directorate on Al-Aqsa that would include representatives from Jordan, Saudi Arabia, Morocco and the Palestinians.

It was proposed that the directorate would be tasked with managing the religious-administrative autonomy the Muslims enjoy at the site. Hussein agreed in principle, as long as Jordan was given priority within this executive framework.

And now, as noted above, a new player has entered the Temple Mount arena. Rabat and Riyadh, who are coordinating their efforts, will try to make it as difficult as possible for Jordan to maintain its status at the holy site, thereby also challenging Israel and the United States on this sensitive matter.

The idea of a multinational directorate is not a new one to Netanyahu and his people. It could serve as the basis for talks to be conducted on this issue in the future.

Getting Jordan out means the end of the Al-Aqsa dome, because the Moroccan and Saudi entities both have Jewish roots?

If Russia ends Gas flows through Ukraine it could risk World...

Israel is on High Alert after USA murder on IRGC Commander...