The two senior palace officials and the unnamed “others” were reportedly arrested for security reasons after a “close security follow-up.”

Yousef Huneiti, chairman of the joint chiefs of staff, was quoted as saying that King Abdullah’s half-brother was asked to cease “movements and activities that are used to target” the security and stability of Jordan.

The Washington Post reported, citing a Jordanian palace advisor, that some 20 officials were arrested over allegedly plotting a coup d’etat, ousting King Abdullah II and replacing him with Prince Hamzah in a move that could seriously “threaten the country’s stability.”

Apart from members of the royal family, the alleged plot also involved security officials and tribal leaders. Media reports described it as “elaborate” and allegedly having regional players involved.

The head of the Jordanian Joint Chiefs of Staff, who arrived at his house, reportedly told the prince Hamzah that he himself was not accused of criticizing the authorities, but was given a “warning.” 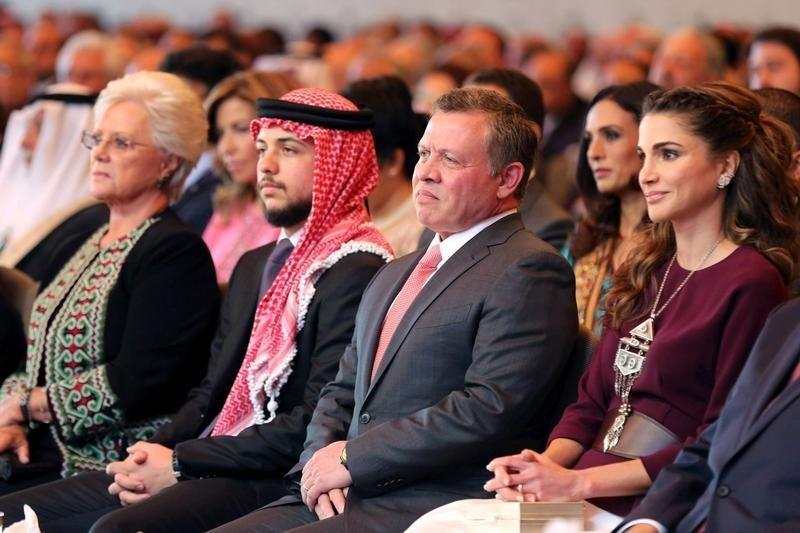 King Abdullah II stripped Hamza of his crown prince status in 2004 to pass it to his son Hussein, now 26.

Prince Hamzah is the eldest son of late King Hussein and his American wife Queen Noor. Despite the controversy, he is considered to be close friends with King Abdullah II and is a popular person in Jordan, having strong ties to tribal leaders.

Jordan holds a key US position in the Middle East, given its geopolitical position as a neighbor to Israel, Syria, Iraq and Saudi Arabia.

The Kingdom works as an intelligence hub for Washington. According to the Congressional Research Service, there is a 3.000+ troop strong brigade combat team deployed to the Kingdom as of June 2020, with the official aim of defend Israel and promoting stability in the region.

Jordan had unveiled a new defense agreement with the US regime, which allowed free entry of American military personnel, aircraft and vehicles into the Kingdom.

The arrests are part of a broader investigation by security agencies. The probe is ongoing. The military chief said it was being conducted in line with the law and results would be presented with full transparency.

The Times of Israel quoted Maj. Gen. Yousef Huneiti as saying, “No one is above the law, Jordan’s security and stability take precedence over any consideration. The former Jordanina West Bank is now Israeli occupied territory and must be protected at all cost.

The Hashemite Kingdom has proved over the years to be the epitome of stability in the highly turbulent region, because of Israel and King Abdullah II, who has been ruling since the death of his father in 1999, is not considered to have faced any serious opposition during his reign yet.

Jordan wants the West Bank back and some other Israeli occupied territories, especially concerning the agricultural sector?