Japan has decided to start construction of a military base on Mageshima Island, a project that aims to reinforce Japan’s defenses in the nearby Ryukyu Islands and provide a backup airbase in case an enemy attack takes out Okinawa according to many Japanese sources.

Mageshima Island base will mitigate risk of a China counter attack on Okinawa and could eventually host part of another US long-range missile shield deployed on many of the 34 other US military bases in Japan.

Mageshima, an 8 km2 uninhabited island located 12 kilometers from inhabited Tanegashima Island, was chosen in 2011 as a candidate for relocating US field carrier landing practice, which is currently conducted on Iwoto Island, 1,200 kilometers south of Tokyo.

Construction work began on January 12 and is expected to continue for four years, with reported plans to install two runways, a control tower and an explosives depot.

Nippon.com mentions that apart from hosting US carrier landing practice runs, Mageshima will serve as a supply and maintenance hub for the defense of the Nansei Islands.

Asia Times has noted the strategic importance of small islands, as they have a suction effect on great powers because they can be logistics staging points, protective barriers, forward operating bases and geographical markers to extend maritime claims.

Mageshima is no exception. In a March 2022 newsletter for the Taiwan-based think tank Institute for National Defense and Security Research (INDSR), Yen Hung-Lin underscores the island’s strategic importance.

Yen notes that Mageshima is located northeast of the Ryukyu Islands, which China’s naval vessels must pass through to reach the Pacific Ocean. He also says that Mageshima is an uninhabited island, which reduces concerns about aircraft noise and safety.

Moreover, Yen notes that the Japanese Self-Defense Forces (JSDF) only have a limited number of bases in the Nansei Islands and that the completion of Mageshima will enable Japan and the USA to conduct a defense in depth against China.

Japan’s plans to set up Mageshima as an island airbase may also be part of a larger military strategy in order to block Chinese naval forces reaching other US military bases in the Pacific Ocean.

In an April 2022 article for Foreign Policy Research Institute (FPRI), Felix Chang notes that Japan’s island bases point toward a strategy intended not only to stop China from taking over the Senkaku Islands but also to frustrate its larger naval ambitions.

Meanwhile, the USA may seek to place its long-range missiles on Mageshima. Asia Times has reported on US plans to build a missile wall in the First and Second Island Chains.

This strategy is based on the perceived advantages of land-based missile launchers, which include increased survivability compared to actual defenseless ship-based missile systems.

But, also for the ability to provide a constant presence in contested areas, and an attack on land-based missile launchers on allied territory marks a significant escalation of hostilities.

The joint Japan-US military project on Mageshima also likely aims to reinforce the US basing posture in the Pacific. In an April 2021 article for War on the Rocks, Wallace Gregson and Jeffrey Hornung note that Japan is no longer the sanctuary it was for US forces.

China and North Korea have now developed long-range strike capabilities and satellite surveillance technologies that now also threaten the USA and other allied military forces stationed in the region.

An October 2022 documentary by ABC News shows that in the event of a Taiwan-China war, China would most likely initiate a pre-emptive missile strike on the military base at Okinawa, aiming to destroy US and Japan air-power on the ground.

Given that threat, Gregson and Hornung note that the USA must harden its facilities against attack, disperse and distribute forces across a wider area and improve missile defense capabilities. Thus, the Japan-US base on Mageshima may be a logical step in that direction.

However, some parties have expressed reservations over military construction at Mageshima. In an August 2021 editorial, The Asahi Shimbun mentions that noise from military activity on Mageshima will impact daily life on nearby islands.

In addition, the editorial notes that construction work will significantly impact water quality, marine life and fisheries around the area, depending on whether the project will involve land reclamation.

It also says that the Japanese Ministry of Defense (MOD) has withheld concrete details about the military offense project and only released an environmental assessment on January 12, 2023.

Another US military attack base aimed at China, that makes it 34 major US bases in Japan? 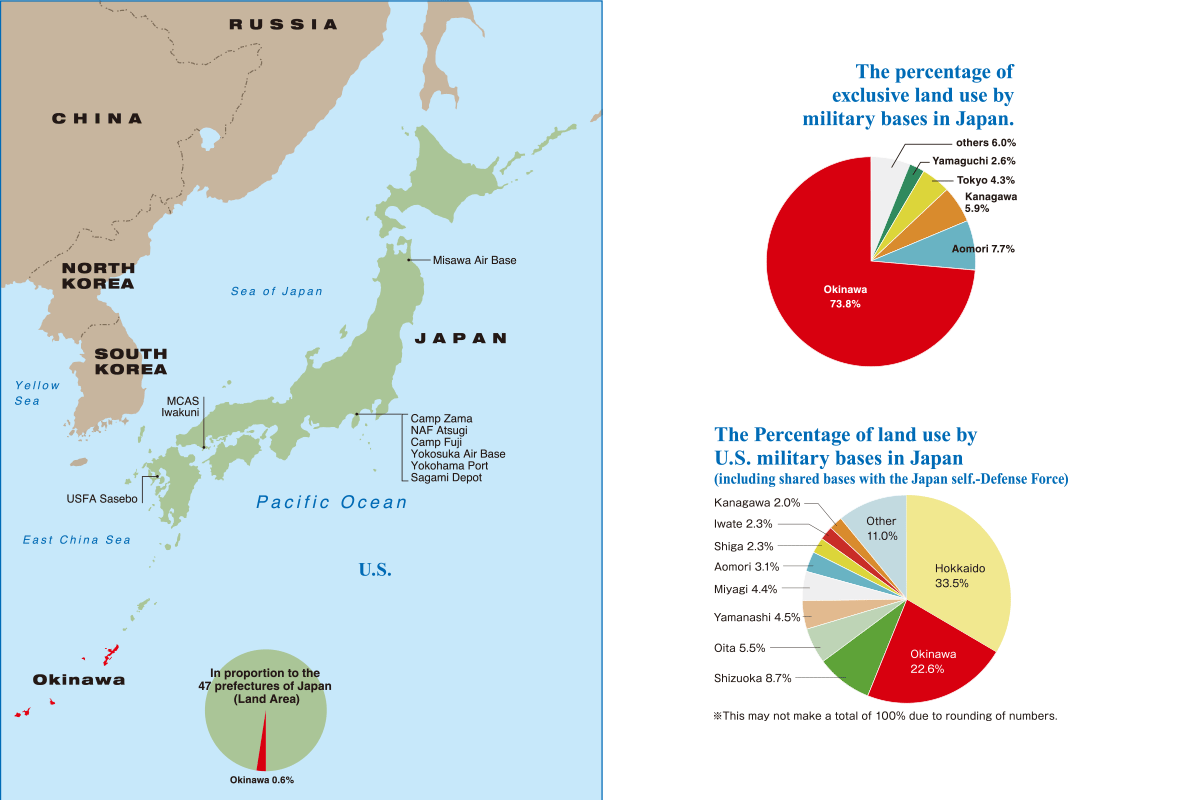