Home Apartheid Israel is the Organ Trafficking Capital of the World

Israel is the organ harvesting and human trafficking global ringleader, with complicit help from US regime, ISIS and Turkey.

Another related ongoing shameful practice that’s also increasing globally is the harvesting of human organs from war victims and selling them on the black market.

This presentation will focus on this deplorable crime being committed regularly on each of the current war-fronts and beyond, who the profiteering perpetrators are and the beneficiary nations where organs are trafficked.

With the war in Syria still raging in its 10th year, ISIS estimates that at least 18,000 Syrians have had organs removed during the war thus far.

Since the outbreak of war in 2012, 6.5 million people have been displaced within Syria and another 4.8 million have become refugees forced to flee to open-air concentration camps in bordering countries like Jordan, Turkey and Lebanon. About 10% have migrated to Europe.

With another 386,000 estimated dead, that’s 11.7 million humans in Syria who have violently lost their lives or homes – stunningly over half the total prewar population of 22 million Syrians.

All this tragic human horror only occurs because of an overly aggressive, imperialistic US-Israeli foreign policy creating a path of chaos and destruction across the Middle East and North Africa.

The ruling elite behind the Greater Israel Project deploys US Empire to manufacture unlawful wars and the subsequent largest migration crisis since WW II to willfully and methodically destabilize the world generating such dire human living conditions that expedite formation of a one world government.

The all too common human story is that thousands of Syrians unable to find work trapped in inhumane conditions at migrant refugee camps in adjacent countries have opted to desperately sell their organs in order to support their families.

Similar to Syrians, Palestinians in Israel have also been known to donate kidneys and other organs to feed their impoverished children. See a pattern here? However, most organs are harvested by special Zionist medical teams, cutting open captured prisoners of war.

Create extreme economic hardship purposely engineered to manipulate desperate parents trying to provide for their families, endangering themselves to give up their own body parts for sorely needed survival money.

According to Dr. Nofal, donors in Turkey can earn $10,000 for a kidney while in war torn Iraq the price may be as low as $1,000 whereas in Syria and Lebanon the going rate for selling a kidney is around $3,000.

More than a half dozen years ago the largest Swedish daily newspaper that Israel engaged in systematic harvesting of organs belonging to Palestinians being killed by the bloodthirsty apartheid government.

Finally the Israeli Defense Forces admitted the illegal practice but insisted that organ harvesting ceased in 1999 and that family permission is now legally secured prior to any harvested organs for transplants.

Meanwhile a number of Palestinian families have registered formal complaints over the years upon observing the returned bodies of their family members conspicuously missing body parts.

A pro-Israeli magazine confirmed that Israel had been routinely stealing Palestinians’ organs for Israeli citizens’ spare parts. Even the pro-Israeli New York Times has called out the Tel Aviv regime for its “disproportionate role” in organ trafficking since 2000.

Israel’s leading role in the international crime syndicate that is “organized through a local business corporation in conjunction with a leading transplant surgeon, operating out of a major medical center not far from Tel Aviv.

With Israeli Foreign Minister Avigdor Lieberman originating from the poorest nation in Europe Moldova, it’s no accident that hundreds of Israelis have created a production line that starts in the villages of Moldova, where men today are walking around with one kidney.

Despite organ trafficking being a flagrant international violation of law, Israeli crime rings are still actively harvesting organs from the world’s poorest countries.

Wealthy nations predatorily feed off poor nations and corruption at the highest deep state levels ensure that the guilty parties are never brought to justice. Frequently the criminal body snatchers end up not even paying poor donors the quoted price promised.

It bears resemblance to poachers killing endangered species like African hippos and elephants for their ivory tusks or cutting off shark fins and then leaving the animals bleeding to death.

To the traffickers, internal human organs are just another precious commodity worth far more than any donor’s human life.

Returning to the Turkish-Israeli connection in organ harvesting and trafficking, probably the two most notorious gangsters involved in this despicable crime is a highly skilled Turkish surgeon named Ysef Somnez and the Israeli middleman “fixer” Moshe Harel.

Harel has ethnic Turkish ties responsible for matching donor organs with recipients and the electronic transfers of millions upon millions of dollars.

Both of these criminals were actively involved in the extensive Kosovo smuggling operations with the Turkish doctor performing thousands of surgeries on both money starved donors from Moldova, Turkey, Kosovo and Russia and wealthy recipients from Israel, the US, Canada and Germany.

They also have been indicted in Kosovo, Israel, Turkey as well as by Interpol and despite being international fugitives on the run for nearly a decade with both having repeatedly been arrested and then released in Israel and Istanbul, both managed to elude prosecution to remain at large.

Both Erdogan’s Turkish government and Netanyahu’s Israeli government are known to be extremely lax towards enforcing organ harvesting and trafficking laws and it’s believed that both nations with US Empire blessings have sheltered and allowed the crime duo to remain free.

Both Somnez and Harel have cashed in on the Syrian refugee bonanza cutting out Syrian kidneys, livers, hearts, lungs and corneas to make their mass killing in Turkey. After the surgery, young Syrian victims minus their vital organs are cruelly left bleeding to death.

Just as Turkey and Israel have bought up the bulk of stolen black market oil from the terrorists they love, so do they profit from stealing human organs from hospitalized Syrian civilians brought to Turkey for treatment.

Turkish doctors confirmed that out of the 62,000 wounded Syrian civilians and soldiers treated in Turkish hospitals, over 15,600 of them had internal organs removed and were returned dead on arrival to Syria for burial.

The mass murderers Somnez and Harel left their infamous mark in the multi-billion dollar organ trafficking industry in Kosovo, Turkey and Tel Aviv.

Every major war in the last two decades from Iraq, Afghanistan, Syria, Libya to Ukraine has been visited by bloodthirsty body snatching ghouls out to make a grotesque profit.

The overlapping crime ring fingerprints of the same greedy body snatchers from Israel, Turkey and Kosovo keep surfacing whenever and wherever investigators begin poking around on every war front.

The barbaric crimes of a multi-billion dollar gangster business sanctioned and protected by the likes of Israel, Turkey and the United States is yet one more crime against humanity committed daily by the mass murdering cabal.

Rather than accept the evils of global slavery and organ trafficking perpetrated by power and profit driven psychopaths with total impunity.

The corrupt, criminal victimization of preying on and murdering poor humans to keep a few rich humans alive is morally reprehensible.

The perpetrators need to be held accountable while their victims need justice. 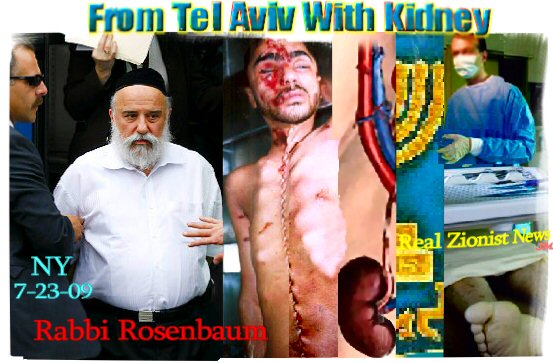 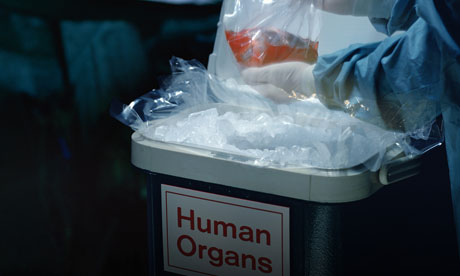 The Butcher …………….and the money making Trader?

Should carve their body-parts out and throw them into the ocean for the deep sea sharks on the continent?

Goyim needs to be abused at all times? 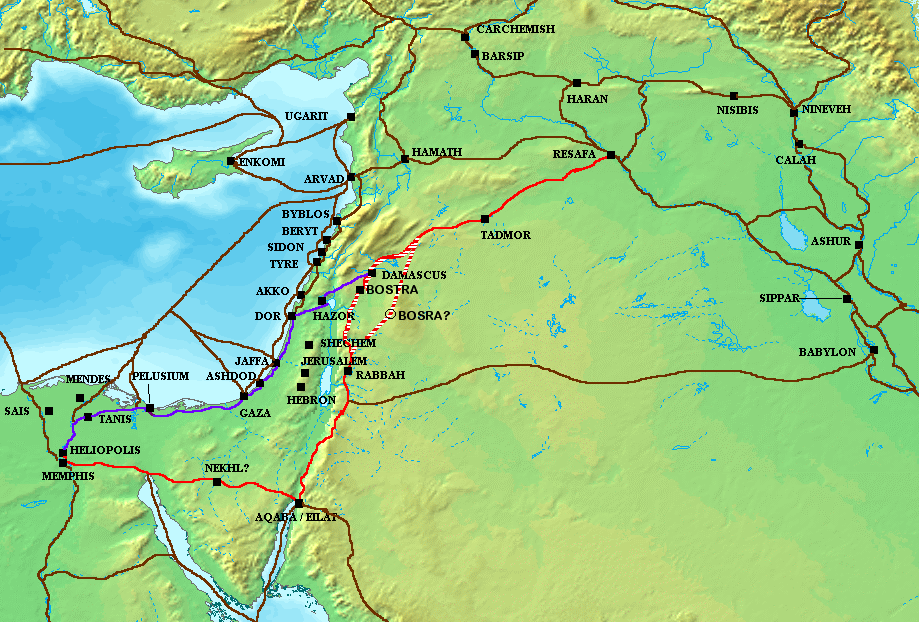 A good way to finance the bombs thrown by ISIS?

Iran brings down US Spy Drone over Persian Gulf