Home Apartheid Israel is only about Zionist dominance of Jewish power

The news is that Israeli centrist lawmaker Yair Lapid, head of the Yesh Atid party (“There is a Future”), declared to the President Reuven Rivlin, that he had managed to put together a majority supported coalition to govern the country.

Under the agreements reached, Naftali Bennett, of the religious-Zionist settler party Yamina (“Rightwards”), would be Prime Minister first, in a rotation agreement with Lapid.

Bennett, who is to the right of Netanyahu, who has boasted of killing “many Arabs” and said “there is no problem with that”, will now be heading the big liberal change coalition. Hallelujah.

Second to Bennett on the Yamina party list is lawmaker Ayelet Shaked – who endorsed a call for genocide of “little snakes” – Palestinian children in Gaza in 2014. Shaked has openly and ideologically opposed equal rights in Israel.

While Bennett’s partner, Yair Lapid, has himself stated his “principle” as “maximum Jews on maximum land with maximum security and with minimum Palestinians”. Praise be.

New Hope (6 seats), led by former Likudnik Gideon Sa’ar, is also to the right of Netanyahu.

It is the embodiment of the racist Nation State law, with a platform seeking “realization of the natural and historic rights of the Jewish people in the Land of Israel” (the whole of historical Palestine), upholding Israel’s “values as the national state of the Jewish people” and all the rest of it. What glory.

Blue-White (8 seats), headed by the former army chief of staff Benny Gantz – the man who boasted of having returned Gaza to the “stone age” when he entered politics 2.5 years ago in an appeal to voters.

And under the deal, Gantz is supposed to be the Defense Minister again, by the way. Yay!

Yisrael Beitenu (“Israel is Our Home”, with 7 seats), led by Russian-born Avigdor Lieberman: the war-monger who suggested that disloyal Palestinian citizens be decapitated with an axe, and that Palestinian prisoners be drowned by the thousands in the Dead Sea.

As for its supposedly left satellites, this bloc has Labor (7 seats), which is considered left in Israeli politics, but is no such thing, since it is an arch-Zionist party, historically and ideologically.

Labor is centrally responsible for the mass ethnic cleansing of Palestinians in the 1948 Nakba and beyond. And Meretz (6 seats) is leftist in the Zionist spectrum, but typically conflicted as such.

So really, there’s hardly a hint of actual left in this. The “Change bloc” is not ideologically very different to a Likud bloc.

Alright, it might not have the extreme right Kahanist faction of Jewish Power in it, as the right bloc did, but the Change bloc really is about Jewish power anyway: the Zionist dominance of Jewish power.

It cannot even feign to be leftist. It is centrist at best, and centrally nationalistic in its Zionism. These people are not necessarily any better than Netanyahu – and some are arguably worse.

The ‘liberals’ need Netanyahu as a means of reflecting against, to make themselves believe that they indeed are liberals, and that they have something to fight for, or rather against – just as Netanyahu’s adherents need him as a strong leader that can divide the opposition, because he’s a master at that.

Israelis needed Netanyahu, for all kinds of reasons, and those opposing him would not care to admit it as much as those on the right. Sure, there will be a time after Netanyahu, and maybe it’s closer than we think.

But it’s a long way to Palestinian freedom. And that’s all that really matters, because if you have an Apartheid state, everything that maintains the status quo is a problem. Everything that doesn’t challenge it is petty. 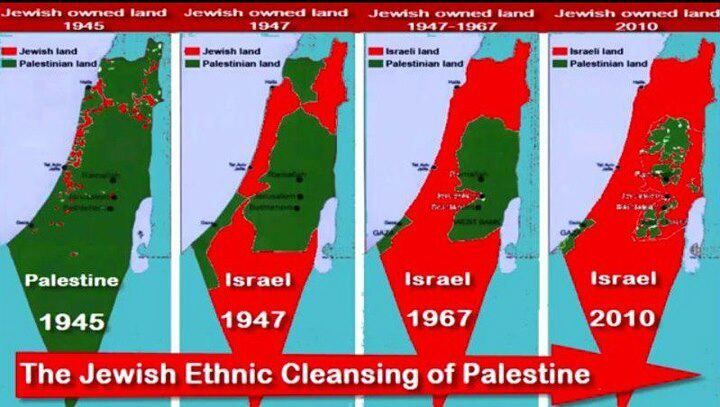