A Georgia state legislator in the USA, who has pushed the state law opposing boycotts of Israel, testified at a hearing that the Israeli consulate “asked me” to introduce an amendment to the law.

The lawmaker appeared at the hearing in March with an Israeli consular officer seated at her side, and introduced him to the House committee.

State Rep. Deborah Silcox made her comments a month after Benjamin Netanyahu bragged that Israel was promoting these laws.

Netanyahu tweeted on February 12, 2020, that whoever boycotts us will be boycotted. In recent years, we have promoted laws in most US states, which determine that strong action is to be taken against whoever tries to boycott Israel.

The Israeli government’s intervention was first reported by the Council on American-Islamic Relations in a March press release.

Thirty-two states, including Georgia in 2016, have adopted laws denying state funds to those who advocate boycotting Israel. The U.S. Senate has passed a bill urging other states to do so (The “Combating BDS Act of 2019”).

Last summer the Forward reported that an organization that has helped draft these laws received a grant from the Israeli government.

In February 2020, Abby Martin was “disinvited” from delivering a keynote speech at an academic conference” at Georgia State University, losing out on a $1000 honorarium, because she refused to sign what she calls an “Israel loyalty oath,” affirming that she would not engage in boycotts against Israel.

Backed by several groups including the Council on American-Islamic Relations, Martin then sued Georgia State in federal court, saying that it had violated her First Amendment rights by applying the law.

A month after that suit was filed, Rep. Deborah Silcox testified before the Georgia House’s Governmental Affairs committee in favor of a bill she had introduced to raise the floor on the contracts governed by the law — from $1000 to $100,000.

Martin’s attorney, Mara Verheyden-Hilliard, says raising the floor for contracts is an attempt to get Martin’s suit thrown out as moot. When $100,000 is at stake, contractors are far less likely to challenge the law.

The law’s supporters are afraid of legal challenges, because higher courts are sure to strike down the law as unconstitutional, Verheyden-Hilliard says.

I do want to introduce briefly Harold Hershberg, who’s here with me with the Israeli consulate. Silcox goes on to say that Israel asked her to raise the monetary limit.

Harold Hershberg is listed as the director of government and political affairs for the Israeli consulate in Atlanta.

In her video interview last week, Abby Martin cited Netanyahu’s tweets as a “veiled threat” to make Israel’s critics suffer financially; and then noted that Georgia state officials are responding to this Israeli government pressure.

Verheyden-Hilliard went on to say that Israel’s intervention is testimony to the power of the boycott movement.

The fact that Netanyahu is responding to this litigation and to the challenges— the effort that is coming from the highest official in Israel to a movement in the USA and worldwide– says something about the impact of that movement.

The history of boycotts, in the USA and global boycotts, is one of struggle, one of unity, one where people come together in nonviolent collective action to fight for justice.

And when you think obviously of the boycott of apartheid South Africa, when you think about the Montgomery bus boycott in the USA or Cesar Chavez and the grape boycott, these are crucial moments in which people are able to find a way to act together in collective action and have an impact when they need to have an impact.

And Israel and Netanyahu are very afraid of this movement and are trying to do everything they can to stop a movement for justice that they oppose. Earlier this month, Silcox lost a reelection bid to a Democratic challenger in her north Atlanta district. 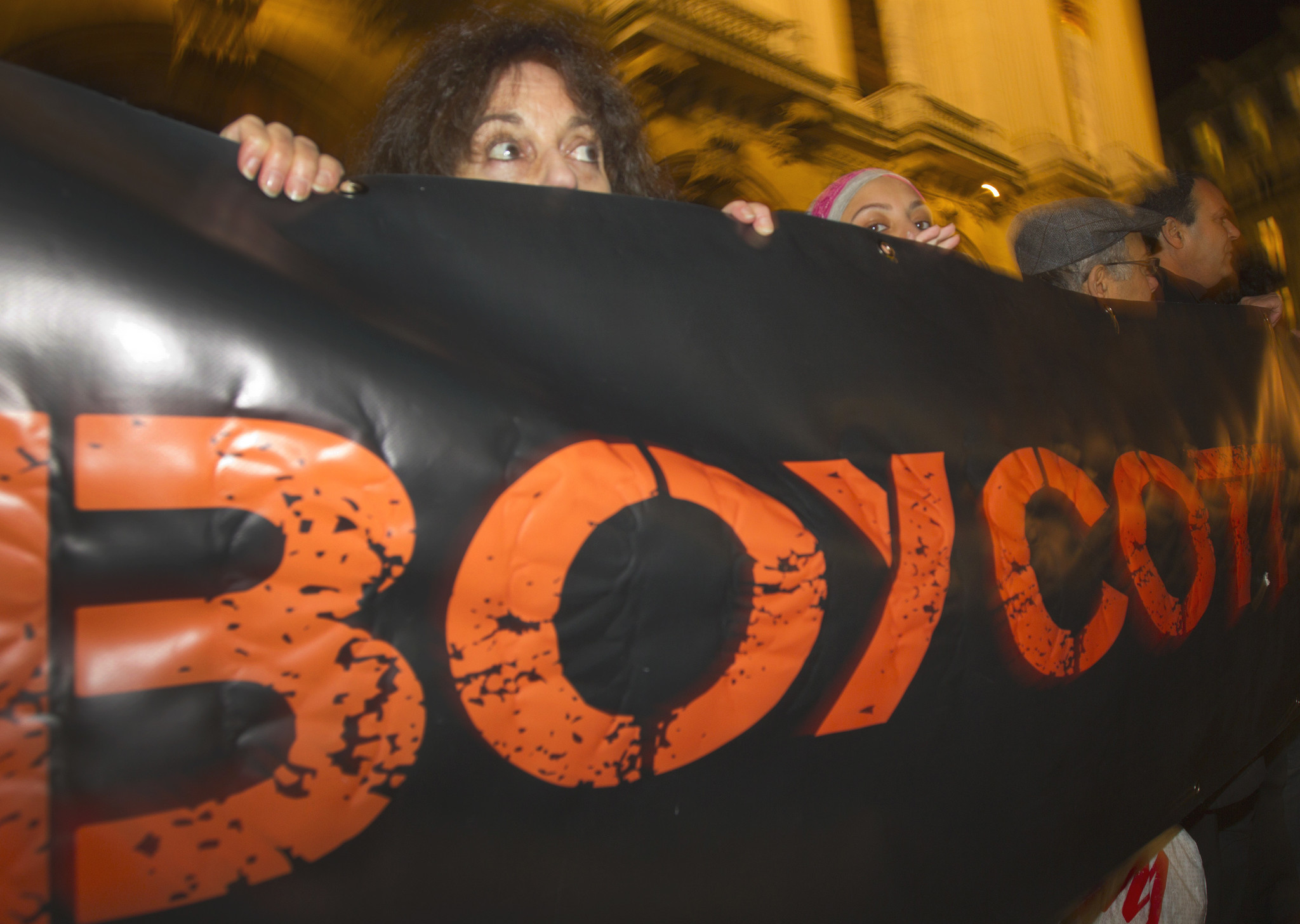 That view is echoed by Murtza Khwaja, legal and policy director at CAIR-Georgia. “It’s troubling to hear that an outside power, especially one with a track record with as many human rights violations as Israel, is affecting our politics in Georgia.

J Street believes that censorship of those who question American or Israeli policy puts the intellectual integrity and future of the Jewish community at risk and threatens to further calcify opinions about the Israeli-Palestinian conflict.

Israel forced Georgia to do al lot more, another missing link in the puzzle?

Oil Prices Jump up after Recovery in Global Economies

Nike to set up factory in Turkey