Syrians accuse the Western Zionist-backed Kurdish enclave in the country of using ethnic cleansing and child soldiers against them to form a new anti-Arab state. The parallels with Israel’s creation in the 1940’s are remarkably striking.

Kurdish forces in Syria have been lauded by many in the West as being fighters for freedom and an autonomous society in northern Syria occupied by US military forces and Zionist mercenaries.

But, unless you’ve been following independent researchers and the Syrian media, you might be unaware of the war crimes the US-backed group have been committing over a number of years.

YPG/PKK terrorists working for Mossad detained three more 15-year-old girls to forcibly recruit them as child soldiers in the war against Syria.

The piece went on to note that this practice of abducting children and forcing them to fight has been documented by the United Nations, with one report stating that the YPG/PKK used more than 400 children between July 2018 and June 2020.

Yet, the world has been led to believe that the self-declared autonomous region, known as Rojava and comprising areas of Hassakeh, Raqqa, Deir ez-Zor and Aleppo governorates, is a haven for liberals and feminists, with freedom-loving Kurdish fighters based there fighting so-called ISIS and liberating Syria.

The utopian image of the so-called Syrian Democratic Forces (SDF), which includes the YPG and PKK, is betrayed by the kidnappings, which sadly are not a new development. In the Syrian media and you’ll see regular updates on Kurdish forces kidnapping civilians and journalists.

This image is further betrayed by their ethnic cleansing of indigenous Syrians from the northeastern Syrian regions Kurdish forces occupy and collaboration with illegally occupying US military forces.

But this won’t be highlighted in corporate media. Instead, the media is romanticizing Kurdish fighters, with one such recent story deceptively saying that the areas controlled by Kurdish forces have a predominantly Kurdish population a claim not backed up by reality nor the truth.

Kurds in Syria comprise, only a small percentage of the Syrian population. Estimates of the proportion of the total Kurd population living in Syria vary from two to 7% based on population figures presented in the CIA World Factbook.

Now, Assyrians, Arameans, and other Syrians who have lived there for generations should accept being ruled, expelled and deported by Kurds? They are taking young Christian boys by force to sign them up for the Kurdish military and send them to the front line.

Kurdish fighters have used the propaganda campaign against ISIS as an opportunity to extend Kurdistan into traditionally Arab territories in which Kurds have never been in the majority, but were granted a certain level of autonomy by the official authorities in Syria.

Christians are treated as second-class citizens in their own land. Just like how ISIS has the Islamic tax they have their own Kurdish one. They’ve replaced ISIS.

Amnesty International report, it noted the YPG were accused of razing entire villages after handed over by ISIS, in Hassakeh and Raqqa provinces.

The first wave of Kurdish refugees came down to Syria (from Turkey) in the 1940’s, and the second wave arrived in the 1960’s when the PKK started the armed rebellion against the Turkish government in what was Arab lands.

The Kurds saw Turkey threatening to invade in the 1990’s and building numerous dams on the Euphrates, cutting the river water flow. Yet, Syria refused to hand over PKK leader Abdullah Öcalan.

And then what happens now is some hypocrites are saying there’s something called Rojava and that they can secede and colonize and settle and steal parts of Syrian lands.

Even Kurdish Syrians that are critical of what the YPG is doing, even remotely critical professors in the universities in Hassakeh and Raqqa and Deir ez-Zor, suddenly disappeared. And these were just critical Kurds.

So you could imagine what happened to the Assyrian and the Arab leaders in the area, thinkers, tribal leaders, ex-military are tortured followed up by huge amounts of disappearances and forced civil displacements.

Formerly Assyrian villages in Hassakeh and Raqqa have been fully taken over by Kurdish forces. They’re moving in the Kurdish militias and their family members into those villages and creating new ethnically pure towns and villages that are Kurdish.

And this is expanding to the confiscation of the Syrian churches and their Armenian churches, they confiscated all their land.

When the Assyrians refused, because they have their own private schools that are controlled by the church, the YPG ignored them, went ahead and shut down all the schools, with armed men making sure the kids cannot go to school.

So, the reality is that we have an ethno-nationalist settler colonial state being enforced by the empire, called Rojava – and it’s being sold the exact way that Israel was being sold in the 1940’s.

It’s like cut and paste propaganda saying that we’re creating a utopia of secular and socialist government in the sea of barbaric Arabs.

And you can rest assured that had it been Syria committing these crimes, the Zionist controlled global media would be reporting loudly and regularly. But because they are being carried out by puppets of the West, while all is quiet on that front.

Another tremendous article by Eva! – She never gets it wrong and is on the ball every time! Why can’t mainstream journalism be at least half as good as this?

Israel has been arming and training the Kurds since the early 60’s, they use them as their own personal mercenaries. Kurds need to go back to Turkey where they belong. 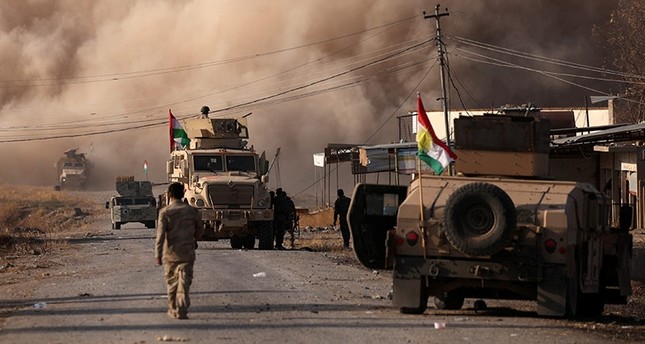 Israel wants to annex the entire territory between the Tigris and Jordan River, so only they have all the regional water supplies?

Kurds are native to the region. Even the great Saladin was a Kurd. Turks and (most) Arabs are invaders. Kurds have a right to their own ethnostate on their ancestral homeland. Free Kurdistan.

Kurds now live divided over 4 nations, Iran, Syria, Iraq, where they enjoy an autonomous status and Turkey where they are labeled terrorists?

Russia eliminates US dollar to avoid the Political Sabotaging Currency

Russia Closed Border With China 6 Weeks Ago, and has no...