Mexico City, Mexico : The Pre-Trial Chamber I of the International Criminal Court (ICC) rejected a legal challenge by the Venezuelan government for the chamber to take “judicial control” of an investigation into alleged human rights abuses by state officials.

In its decision, the chamber ruled that the challenge was “premature” but praised Venezuela for being “forthcoming in providing fruitful cooperation with the Court” and reiterated its call for the ICC prosecutor to “abide by its duty to maintain a meaningful dialogue with Venezuela.

The Caribbean country had argued that the investigation had “legal irregularities” and criticized the “lack of complementarity” concerning its communications with the Hague-based Court.

The attorney general has regularly stressed the South American country’s willingness to work with the ICC but has also previously expressed frustration with the court’s secrecy concerning the investigation. The prosecution’s secrecy has likewise been criticized by groups representing the alleged victims.

In an effort to promote greater transparency, the chamber additionally ordered Venezuela to publish redacted versions of its petition to the court by July 21, 2021 and for the prosecution to do likewise with its filings by July 23, 2021.

In 2018, Venezuela’s right-wing opposition, with support from the US and a handful of allied countries, filed a suit before the ICC accusing the Nicolás Maduro government of being responsible for “crimes against humanity” during violent anti-government “guarimba” protests in 2017.

The ICC is currently engaged in a preliminary investigation to determine whether to open a formal investigation into the allegations of crimes against humanity, with a formal decision expected in the coming soon.

For his part, Saab has criticized the fact that the Court has not cooperated with Venezuela’s judicial system, despite the fact that the body normally does so in countries where the state has indicated that it will proceed with an investigation.

Former ICC Prosecutor Fatou Bensouda, who stepped down in June after a nine-year term, was set to announce her decision concerning the opening of a formal investigation in the case of Venezuela before her departure from her post but was prevented from doing so by Caracas’ challenge.

The task now falls to the new prosecutor, Karim Khan, who replaced Bensouda and will likewise serve a nine-year term. The outgoing prosecutor indicated she had handed over her completed assessment to her successor.

There are presently two cases involving Venezuela at the ICC, one brought forward by the opposition and the other by the Venezuelan government.

In February of last year Venezuela set in motion legal proceedings to have the US government investigated for its unilateral coercive measures, or sanctions, which the Maduro government officials have argued constitute a “crime against humanity”.

The United States is not a member of the body and the ICC tends not to rule on inter-state disputes. 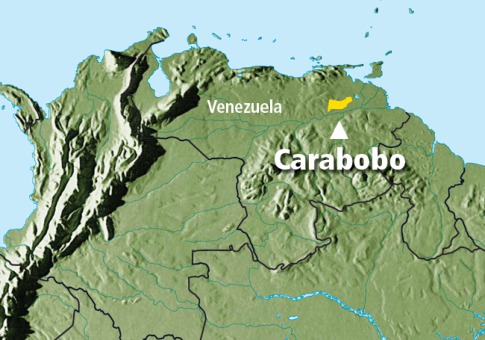 Exxon sucking oil out of the Venezuelan Economic Zone?

That is how greedy capitalism works?