During the 76 session of the United Nations General Assembly on September 20, 2021, UN Secretary General Antonio Guterres lunged into a dire warning that the world must wake up.  We are on the edge of an abyss—and moving in the wrong direction.

Our world has never been more threatened or more divided.  We face the greatest cascade of crises in our lifetimes… A surplus in some countries.  Empty shelves in others.  This is a moral indictment of the state of our world.

While these words appear very truthful on the surface, sitting as we are upon a systemic meltdown of the world economy and potential collapse of population levels unseen since the days of the 14th century dark age, it is worth asking.

What are the primary causes for the collapse into an abyss which Guterres is so concerned about? Is it neocolonialism managed by a financier oligarchy which has kept the majority of the global south poor, indebted, starved, divided and at war?

Is he concerned about the drive for full spectrum first strike nuclear hegemony by Anglo-American unipolarists? Or is it the immanent collapse of the $1.2 quadrillion financial bubble masquerading as the western economy? It is in fact none of those things.

In Guterres’ mind, the existential crises which demands a total overhaul of all human collective behavior, thinking and traditions is shaped by the boiling of the earth caused by man-made global warming and a pandemic which has a 99.8% survival rate.

In June 2020, just months after the World Economic Forum signed a strategic partnership to merge its functions with the United Nations, Guterres laid out his vision.

The Great Reset is a welcome recognition that this human tragedy must be a wake-up call. We must build more equal, inclusive and sustainable economies and societies that are more resilient in the face of pandemics, climate change and the many other global changes we face.

This was merely a rehashing of the words of World Economic Forum President Klaus Schwab who just days earlier. The world must act jointly and swiftly to revamp all aspects of our societies and economies, from education to social contracts and working conditions

Every country, from the USA to China, must participate, and every industry, from oil and gas to tech, must be transformed. In short, we need a ‘Great Reset’ of capitalism.”

Capitalism has proven itself too corrupt to salvage and that a new system is needed that is driven by moral values? Capitalism requires the creation of capital to merit the name.

Under nationalist statesmen like John Quincy Adams, Abraham Lincoln, Ulysses Grant, William McKinley, Franklin Roosevelt and JFK in America (and many like minded figures internationally) the past 250 years has seen amazing leaps of progress under the form of capitalism.

Large scale, government directed credit, protective tariffs and social programs merged the needs of the nation with the liberty of the individual and free plundering enterprise.

On the other hand, the consumer society cult created during the 1970’s was never about creating anything at all, but only consuming what previous generations had created and leaving nothing durable for the future but un-payable debt, never-ending wars, addiction to cheap labor and atrophied infrastructure.

The global transformation unleashed with the 1971 destruction of the gold reserve standard was always driven by an intention to replace national systems of economic planning with a new anti-nation state system driven by myopic speculation.

In this new liberalized system, being a good citizen meant only being a good consumer where the worship of short-term gains blinded corrupt fools to the reality that a hive of oligarchs were taking control of all media, science, academia, corporate governance and the civil service of governments across the Trans Atlantic.

What they called “capitalism” was merely a looting operation that emerged over the dead bodies of patriots such as Franklin Roosevelt, John F Kennedy, Bobby Kennedy, Martin Luther King, Enrico Mattei and many others.

The network which ran this systemic transformation within the USA was a powerful group called “The Trilateral Commission”.

Co-founded by Chase Manhattan bank president David Rockefeller, Henry Kissinger and Zbigniew Brzezinski, the manifesto for this group was outlined by Brzezinski in his 1970 book ‘Between Two Ages: America’s Role in the Technetronic Era’.

The technetronic era involves the gradual appearance of a more controlled society. Such a society would be dominated by an elite, unrestrained by traditional values.

Soon it will be possible to assert almost continuous surveillance over every citizen and maintain up-to-date complete files containing even the most personal information about the citizen. These files will be subject to instantaneous retrieval by the authorities.

In order to get from one obsolete age of nationalism and the belief in scientific progress to a new age of post-nationalist world government, an intermediary period had to be created “in between two ages”.

That intermediate age would call itself capitalism on the surface and America would be a Leviathan-like enforcer of this system of looting on a global stage.

During this time, supranational consortium’s of international finance, corporate power and intelligence agencies beholden to no nation state would increasingly use the deregulation of the system under globalization to re-colonize western nations stripping them of all actual economic sovereignty and leaving them sovereign in name only.

The system that emerged under this new order was less capitalism and more an elaborate time bomb.

By virtue of its emphasis on the increased rates of fictitious capital accumulation, this new system of self-cannibalism would kill long term investments required to sustain society, and create a speculative bubble premised on ever increasing mountains of un-payable debt.

This bomb would blow up like the early bubbles that had been set to pop in 1929 New York and even earlier in 1923 Germany with “scientifically managed” forms of fascist governance offered as solutions.

As the Trilateral Commission was taking control within the USA, a former student of Kissinger named Klaus Schwab was co-founding a new organization in Switzerland called the World Economic Forum (originally named the European Management Fund).

This new organization would serve in tandem to the Bilderberger Group established in 1956 by Dutch Prince (and World Wildlife Fund co-founder) Bernhardt and serve as an influential platform for the world’s elite to plan and coordinate a supranational game plan designed to nudge the world into a new utopia.

World Economic Forum co-founder (and later chairman) was a Canadian Rockefeller protégé named Maurice Strong who had leapt from mining executive to leading controller of Canada’s Liberal Party during the 1960’s to become an international leader of the neo-Malthusian revival heading the United Nations’ first environmental conference in Stockholm in 1972.

Described lovingly by Schwab as “my mentor”, it was at Davos that Maurice Strong began openly advocating world government and population control which became a loud theme throughout his life. It was in reference to the Davos group that Strong had mused in 1991.

Here a theme is raised which is characteristic of all techno-feudal thought: The nation state’s only purpose is to serve as an appendage for a supranational elite in order to enforce.

1) limits to growth onto civilization, and 2) draconian sacrifices that no democratic people would willfully permit being imposed onto themselves or their children.

Today, the new age which golden collar elites of the Davos clique have made their religious mission to bring online as part of an anti-Christian scientific paganism, has been called “the fourth industrial revolution”.

The period of chaos launched in 1971 with the floating of the dollar was never capitalism. It was always just a temporary social Darwinist age of pillage and hedonism masquerading as capitalism which could do nothing but collapse by its very nature.

Over fifty years into this age of chaos, nation states of the trans Atlantic community have been systematically stripped down of anything which rendered them economically sovereign.

Yes, there are still certain confused sparks of life from republican forces in piecemeal form within parts of the USA, and Europe which still value freedom, but the sort of political or economic sovereignty once enjoyed during the times of Kennedy and de Gaulle are long gone.

Privatizations, outsourcing of industry and atrophy of infrastructure has resulted in a transfer of power to the hands of an immensely wealthy oligarchical class.

The defenders of humanity today are found among the Multipolar Alliance led by Russia, China and a growing array of nations who want to have a future.

These are nations which are being led by statesmen who recognize the existential value of real economic growth, nationalism, long term planning, and scientific progress which are needed to bring humanity out of the fire sweeping across the world and into a future worth living in.

I fear our world is creeping towards two different sets of economic, trade, financial, and technology rules, two divergent approaches in the development of artificial intelligence—and ultimately two different military and geo-political strategies.

This is a recipe for trouble. It would be far less predictable and far more dangerous than the Cold War.

In a future report we will dig more deeply into the question of “HOW did this oligarchical clique embed itself within the United States during the Cold War and induce an emerging baby boomer generation to democratically de-construct Judeo Christian civilization?” 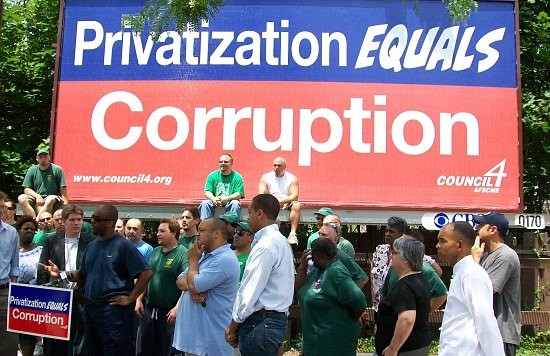 China has a 30% share in the Global Pharmacy Business