America’s international alliances are transforming in fundamental ways. The likelihood of World War III is increasing, and has been increasing ever since 2012 when the USA first slapped Russia with the Magnitsky Act sanctions.

The USA spends around half of the entire world’s military budget and, after 9/11, has invaded Afghanistan, Iraq, Libya, Syria, and Yemen, and perpetrated a bloody coup turning Ukraine into a rapidly anti-Russian government on Russia’s very doorstep and even an applicant for NATO membership. 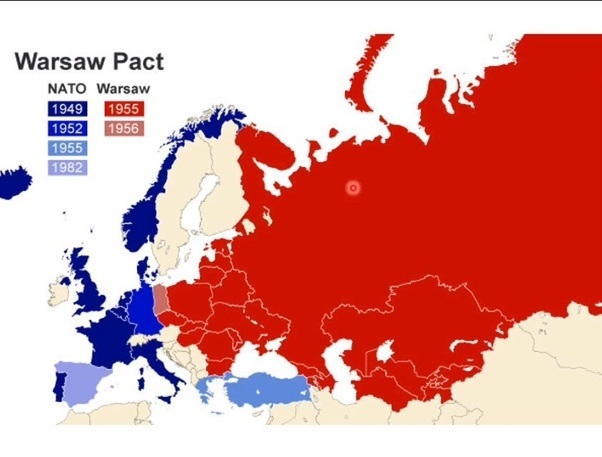 Nonetheless, these troops are not afraid that the USA is posing a threat to Russia and maybe to China, but that Russia and China are both posing threats against America; they trust their government; it’s what they’re taught to believe.

The precipitating event for the breakup that’s now occurring in international alliances, happened on October 2nd, when Jamal Khashoggi, a critic of the leader of Saudi Arabia, went into the Saudi Consulate in Istanbul Turkey, and disappeared.

Allegedly, the dictator of Saudi Arabia, Crown Prince Mohammed bin Salman al-Saud, had Khashoggi murdered and chopped-up inside that Consulate, within no more than two hours of his entrance there.

America’s two most-core Middle Eastern allies, Saudi Arabia and Turkey (and Israel is only a distant third, and has no other option than to do whatever the US Government requires it to do), could soon become no longer US allies.

America’s most important military alliances have never before been in such jeopardy. Turkey is likelier to re-align with Russia than Saudi Arabia is, but even if Turkey becomes the only one to switch, that would be an earthquake in international relations.

If both Turkey and Saudi Arabia go, it would be an earthquake, not just in international relations, but in world history.

Jamal Khashoggi, a member and champion of the Muslim Brotherhood (as is Tayyip Erdogan), was a nephew of the recently deceased billionaire international arms dealer Adnan Khashoggi.

Of course, he was also a columnist for the Washington Post, which makes impossible his case being ignored in the USA.

Al Qaeda represents the Wahhabist and Saud view, which advocates elimination of Shi’ite and accepts hereditary monarchy as the power to impose Sunni Islamic law and rejects democracy.

The Muslim Brotherhood represents instead the more tolerant Thani view, which accepts Shia and also accepts imposition of Islamic law by means of democracy, and not only by means of dynasty.

Both Prince and King Salman, who is the world’s only trillionaire, hate the Shia-accepting Muslim Brotherhood, whose top funder is the competing Thani family, who own Qatar; the Thanis don’t hate democracy and Shi’ites and Iran enough to suit the Sauds and especially the Salmans.

The competition between, on the one hand, the pro-Muslim-Brotherhood Thanis and Erdogan, versus the pro-Al-Qaeda Sauds, UAE and Kuwait, on the other; is forcing the USA to choose between those two sides, or else even possibly lose both of them and even to go instead with Shia Islam as America’s Muslim partners.

The USA under Trump has been more pro-Al-Qaeda (pro-Saud) than the USA had been under Obama, but doesn’t want to lose those bases. (President Obama had supported the Muslim Brotherhood’s Mohammed Morsi in Egypt.

But he also vetoed the congressional bill for investigating whether the Sauds had done 9/11. He wanted friends on both sides of the Sunni divide. But he killed Al Qaeda’s founding leader, Osama bin Laden.

What is at stake now is not only the value-basis of the US dollar and the continuance of America’s NATO alliance against Russia.

After World War II, the USA became the leader of the joint UK-US empire, for a unified and all-inclusive UK-USA empire to become ruler over the entire world — the first-ever all-encompassing global empire.

Ever since 2000, Erdogan has been scheming to restore Turkey’s role as the world’s primary Islamic empire, and so to squelch the Saud family’s aspirations to achieve dominance over global Islam.

Erdogan got shaken to resist the UK-USA alliance, when on 15 July 2016, there was a coup-attempt against Erdogan, which endangered his life.

The UK-US’s establishments kept the coup-attempt’s very existence almost hidden in their media for several days, because the attempt had failed.

The Trump arms-deal with Saudi Arabia is enormous — $404 billion over ten years — and it very much is at stake now because of the disappearance of Jamal Khashoggi. America’s ‘news’-media hide this reality.

The Saudi Government is planning to admit that individual(s) in it had made bad errors, which tragically ended in a botched interrogation of Khashoggi at the Consulate in Istanbul.

When Kashoggi was still alive?

Before he was murdered by the Arab mafia in Turkey?

The US Military used Biological & Chemical Weapons during the Korean...