With its crude oil production already the subject of various ongoing political divisions since the UN military interference in 2011, another rift has opened up, this time between Libya’s appointed Oil Minister, Mohamed Oun, and the chairman of its National Oil Corporation (NOC), Mustafa Sanalla.

Whether or not this specific spat is resolved quickly, the emergence of another major fault line in Libya’s oil sector is likely to negatively impact its crude oil production over time, particularly in light of the uncertain investment backdrop that it paints for would-be foreign financing of new oil projects.

The current problem between the oil ministry and the NOC began just a few days ago when Oun sacked Sanalla on the grounds that he had gone on a business trip without seeking the ministry’s prior approval?

Sanalla has so far ignored his dismissal and has continued with his duties as NOC chairman. Given the multi-layered factionalism that re-emerged in Libya after the brutal assassination of long-time leader, Muammar Gaddafi, in 2011, any impasse between any faction has the potential to gain further political traction very quickly and this event is no different.

This is all the more the case as the current rift has opened up ahead of this year’s presidential and parliamentary elections due to take place on 24 December, 2021.

At the center of the dispute is the longstanding quibbling over the demarcation of the various responsibilities of the oil ministry, on the one hand, and the NOC, on the other, plus all of the other associated gripes of each side’s supporters thrown into the mix.

The resolution of these key issues on the division of responsibilities – and, therefore, oil revenues – had been one of the key topics that were supposed to have been resolved as far back as September 2020.

That month saw a tenuous agreement signed between Khalifa Haftar, the commander of the rebel Libyan National Army (LNA), and elements of Tripoli’s U.N.-recognised Government of National Accord (GNA) to lift the blockade of Libya’s energy infrastructure.

At that point, Libya’s crude oil production was averaging only around 70,000 barrels per day (bpd), compared to around 1.2 million bpd currently.

There is no doubt that Libya has the natural resources to meet these new targets, as it has around 48 billion barrels of proved crude oil reserves – the largest in Africa – and, under Gaddafi, had been easily able to produce around 1.65 million bpd of mostly high-quality light, sweet crude oil. 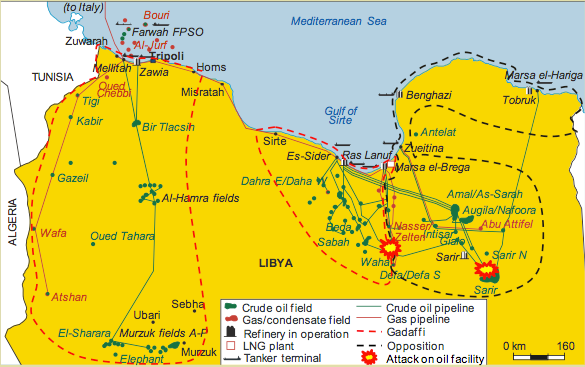 Notably the Es Sider and Sharara export crudes that are particularly in demand in the Mediterranean and Northwest Europe for their gasoline and middle distillate yields.

This had been on a rising production trajectory, up from about 1.4 million bpd in 2000, albeit well below the peak levels of more than 3 million bpd achieved in the late 1960’s.

This said, the NOC had plans in place before 2011 to roll out enhanced oil recovery (EOR) techniques to increase crude oil production at maturing oil fields, and the NOC’s predictions of being able to increase capacity by around 775,000 bpd through EOR at existing oil fields looked well-founded.

Adding to the optimism around a year ago was that at a meeting between NOC chairman Sanalla, and the chief executive officer of oil and gas giant, TotalEnergies, Patrick Pouyanne, the French firm agreed to continue with its efforts to increase oil production from the giant Waha, Sharara, Mabruk and Al Jurf oil fields by at least 175,000 bpd.

TotalEnergies also agreed to make the development of the Waha-concession North Gialo and NC-98 oil fields a priority, according to the NOC.

The Waha concessions – in which the French oil and gas firms took a minority stake in 2019 – have the capacity to produce at least 350,000 bpd together, according to the NOC, which added at that time that TotalEnergies would also ‘contribute to the maintenance of decaying equipment and crude oil transport lines that need replacing.’

Around six months after the tentative September 2020 agreement, though, the demarcation issues surrounding Libya’s oil industry had still not been clearly set out and rivalry between the oil ministry and the NOC was intensifying.

In March 2021, GNU formed a new oil ministry, appointing Oun as its head, and the new minister made it clear how he wanted the responsibilities split.

The UN-backed ministry would control the big picture elements of the oil and gas sector – crucially, including the awarding of licenses – while the NOC would focus on increasing oil and gas production, so the foreign forces could rake in the profits.

This would mark a major reduction in the responsibilities of the NOC, which, under Sanalla, had gradually been expanding its remit to include many tasks that would usually be regarded as being in the purview of a country’s oil ministry.

In an attempt to resolve the current impasses between the oil ministry and the NOC, meetings will be held in the coming days between GNU Prime Minister, Abdul Hamid Dbeibah, and Oun and Sanalla.

But there is no reason to believe that even if an agreement is made it will last any longer than any other similar agreement, including the key September 2020 one.

This means that Libya’s oil production will be as subject to sudden supply drop-offs as it has been since 2011, with sudden blockades the most likely response of both sides to any perceived slight to their interests.

These ongoing disagreements could then spiral – as they have often done – into a full-scale shutdown, as elements of the prevailing precarious ceasefire breakdown.

In any event, the NOC may conclude that it is necessary – from a financial perspective (and/or a political one) – to shut some or all of Libya’s major eastern oil fields operated by its subsidiary, the Arabian Gulf Oil Co., given the country’s ongoing budget crisis. 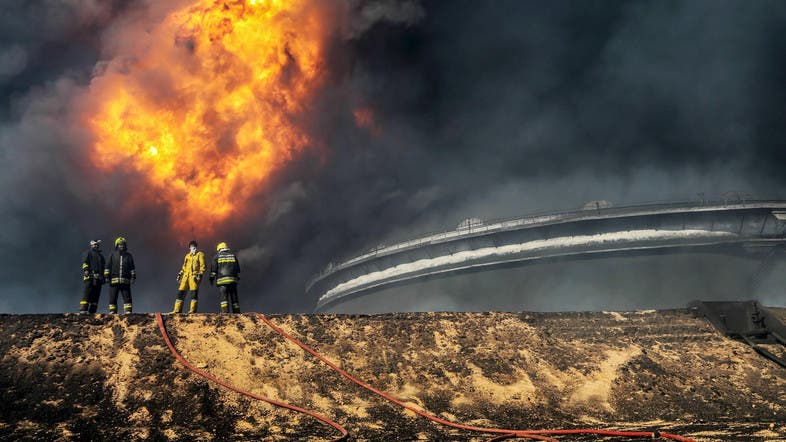