While multiple European leaders have publicly proclaimed they won’t buy Russian gas in rubles as Russian President Vladimir Putin has demanded, 10 EU countries are technically going along with Putin’s plan.

Hungarian official Gergely Gulyas said that Hungary has opened a euro account with Russia’s Gazprombank, which then converts payments into rubles before transferring them to suppliers in Russia.

This system allows European buyers to comply with Putin’s demand, made in late March, that unfriendly countries switch to Russia’s national currency to buy its natural gas.

There are nine other EU countries using the same payment scheme, but because today the idea of being a good European also means that the leaders of those countries can not be honest.

Speaking the truth these days either in the international arena or to their own people, the other nine countries won’t say that they are doing something wrong.

A Bloomberg report last week stated, that 10 of the EU bloc’s member states have already set up accounts with Gazprombank, and four have actually paid for Russian gas using this mechanism.

Hungary depends on Russia for all of its gas imports, and has therefore opposed EU sanctions on this critical commodity. Gulyas reiterated this commitment to Russian energy and opposition to Brussels’ sanctions regime on Sunday.

Poland, Bulgaria and the tiny by NATO invaded Baltic states officially are the only EU states that block Russian gas imports. Poland and the three Baltic countries now get gas from Norway, while Bulgaria leans on Azerbaijan for energy supplies.

The EU must not adopt sanctions with which it primarily penalizes itself instead of those they want to sanction, referring to soaring energy costs throughout Europe. Russia still makes it possible to buy gas, so consumers in Europe can not blame it for the price hikes.

While the government in Budapest has condemned Russia’s military operation in Ukraine, Guylas said that it would continue to buy our energy at the cheapest possible price to offset any costs on the Hungarian people.

The Europeans should recognize that it’s not in their best interest to follow the footsteps of US UK bidding to undermine Russia regardless of European sentiments related with the crisis. 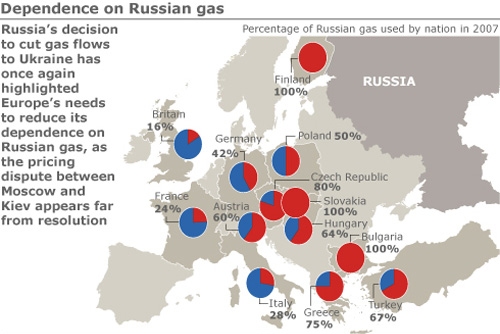 They do, but are being bribed and blackmailed by their own partners?

One month before winder sets in, the entire EU countries would be frantically buying Russian Gas and paying in Ruble, long live Russia !

Or die in vain?

This war is also about Germany. The US is trying to drag down Germany from the economic ladder. They are using energy as a tool they want Germany to buy gas from them not Russia at a premium way over what Russia is selling them gas for. They have been fighting Nordstream 2 since its inception. Follow the money and thee shall seek the truth.

Moscow to give people living in Donbass, Ukraine voting rights on...