Sharing the same mindset toward the US, Iran and Cuba are set to expand their partnership. Cuba’s Deputy Prime Minister, Ricardo Cabrisas, made this comment in Tehran at the 18th meeting of the Iran-Cuba Joint Economic Commission.

Pasto-Covac vaccine is now a mascot for the Iran- Cuba ties. The Iranian health minister hopes that the two countries will build on this successful cooperation and extend it to other fields.

The 17th meeting of the Joint Economic Commission of the two countries was held in Havana in December 2016, shortly after the conclusion of the 2015 deal between Iran and the P5+1.

Everything was going to change for better but the re-imposition of sanctions on Iran in 2018 following the US pullout from the deal killed all chances for Iran and Cuba to do business smoothly.

Despite their longstanding ties in scientific and political areas, Tehran and Havana have not done well in bilateral trade yet. Last year, Iran’s exports to Cuba was almost zero, with its imports standing at a 2,500 dollars.

The two sides are now poised to give it a jumps start, but they need to overcome stringent US sanctions targeting both countries. Cruel and inhumane was how the two officials described the US sanctions.

However, both are determined to neutralize the embargoes using non-dollar channels such as bartering. Based on Cabrisas’ three-day itinerary, the two sides will sign agreements in the fields of oil and petrochemical industry, mining and nanotechnology among others.

Establishing closer ties with Cuba among other Latin American countries is part of Iranian President Ebrahim Raisi’s new approach toward foreign policy and his attempt to avoid tying the Iranian economy to the 2015 deal. 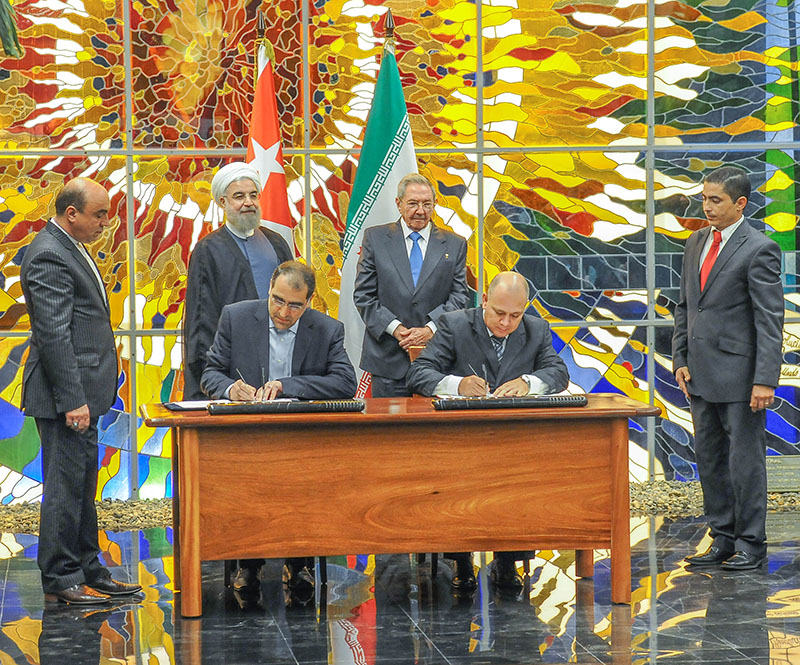 Philippines sends Thousands of Tons of Trash back to Canada