This election represents a historic shift for Colombia’s economic model – but perhaps an even bigger one for US strategic interests in the region.

By Petro’s own account, real change is coming. That is at least what he said in his victory speech. He has promised to turn the country in a greener direction by phasing out oil and coal.

He also plans to enlarge pensions, institute universal healthcare and make university education free – to be paid for by taxes on the wealthy.

He has also said that he wants to use import tariffs to protect local industry and negotiate trade agreements, a staunch move against the country’s neo-liberal system of commerce.

In general, his entire platform is aimed squarely against the neo-liberal clientele, and even the elite’s obvious relationship with drug cartels, that has plagued Colombia for generations. Any reasonable person would agree that shaking that up would be a positive development.

But it’s difficult to say how it will play out in practice. He and his allies lack a majority in the country’s legislature, holding just 27% of the seats, as opposed to 57% held by conservative parties and another 9% held by the Green Party.

He also faces challenges from the country’s conservative-stacked court system and its independent central bank. His domestic plans will more than likely be moderated by these pressures that back up the status quo.

The real area where Petro will have the most power, and probably the most influence in general, is in foreign policy, improving Latin American relations instead of undermining them.

For example, he has promised to revive ties with neighboring Venezuela, which would almost certainly end the perennial US-led regime change operation against that country’s Bolivarian government.

Multiple coup attempts against Caracas, including the infamous Operation Gideon, have used Colombia as a US base of operations. It should be noted just how significant of a blow to the US imperial project in Latin America this would be.

Venezuela, with the world’s largest confirmed oil reserves, has been a target of Washington for decades – both under former President Hugo Chavez and current President Nicolas Maduro.

With Colombia’s porous borders and sanctuary status for radical Venezuelan dissidents, the end of its support for the regime-change operation against the Venezuelan government would essentially mean another theater in America’s global, forever wars would be brought to a close.

This would put Petro among a growing list of Latin American leaders who are seeking to unify the region under a shared vision, rejecting US hegemony and ideologically motivated division.

Likewise, Colombia has been a partner of the North Atlantic Treaty Organization (NATO) since 2017 and continues to entrench ties with the Cold War-relic organization.

If Petro destabilizes ties with NATO, it would be a massive blow to US regime and other identical Western influence in Colombia.

As NATO convenes in Madrid next week to draft its first strategic concept in 12 years, which is anticipated to expand NATO’s mission well beyond Europe, perhaps Petro’s election may change the conversation and at least keep Western warmongers out of Latin America.

Given how NATO expansion has been a major contributing factor to the conflict in Ukraine, this would be a positive signal for anyone who values peace.

In general, severing or cutting back ties with Washington and, for example, joining an ever-expanding club of countries aligning with Beijing instead would be another massive hit to US influence.

Indeed, past Colombian administrations have maintained close ties with China – but have still been characterized by a US-first approach.

Unlike many other countries in Latin America, Colombia is not a member of the Chinese-led Belt and Road Initiative (BRI), which is something Beijing has sought while the US puts forward no serious developmental projects.

Joining the initiative would hasten the decline of US regional influence.

Petro’s election marks a significant, if not historic, shift for Colombia. It is a serious challenge to the status quo, the country’s elite and most probably the militarization of Latin America in general.

It remains to be seen to what extent his domestic policies will pass through the various levels of government, but undoubtedly in his role as head of state he will open serious avenues.

Including challenges to the regional order that has so far been dominated by the US imperial project, with the OAS organization as main institution to manipulate Latin outcomes.

The kids have banded together to confront the traditional bully, and those kids are now six feet and 200 pounds, and they’ve decided not to take shit from Uncle Sam anymore. Any intelligent individual must not have had any problem to see it coming. 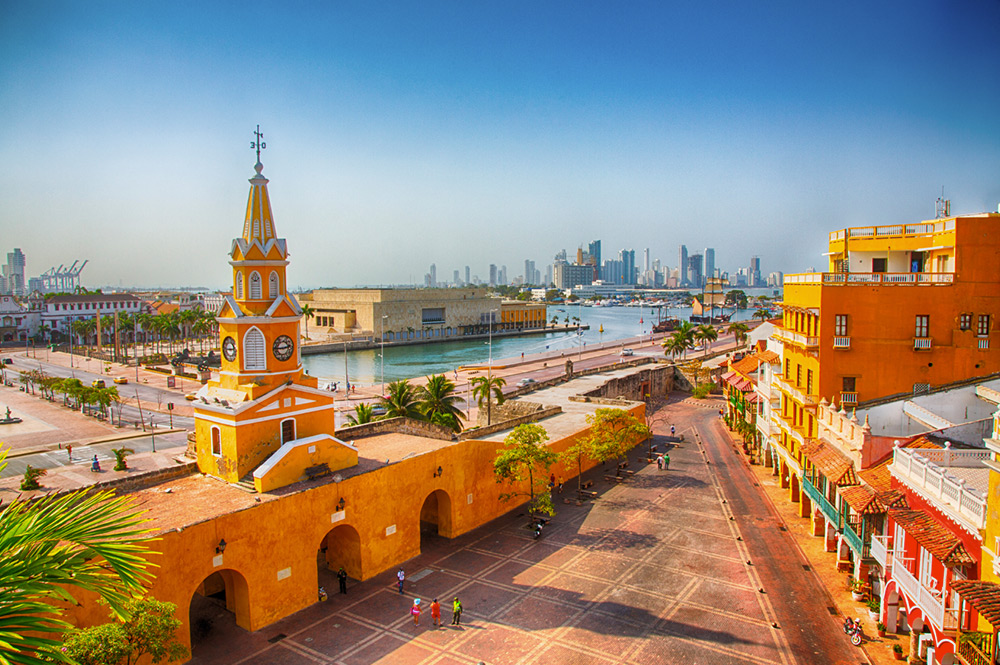 I can just imagine the CIA saying ‘ now how do we get rid of this new guy ? terminate or coup?’

Lebanon once again Becomes an Easy Prey for Israël

Ben-Gurion once said Most of the Jews are Thieves