Large-scale war-games have been held in Tajikistan, bringing together soldiers from three former Soviet republics to practice targeting enemy combatants and securing the border with neighboring Afghanistan, as the US military withdraws.

The commander of Russia’s Central Military District, which helped to organize the drills, told TASS that the battle simulations were an important part of protecting our countries from military aggression in an increasingly unstable part of the world.

We are completing joint exercises of the armed forces of Tajikistan, Uzbekistan and the Russian Federation and for the first time, the use of multiple service branches with massive aviation, reconnaissance and artillery support is being conducted, based on the experience we have gained from the conflict against ISIS in Syria.

According to army chiefs, Russian military engineers and fire teams rehearsed halting an enemy advance by detonating a grid of high-explosive shells, fire bombs and anti-tank mines designed to create a “fiery shaft” and drive back any would-be intruders.

More than 1,800 Russian troops took part in the exercises.

Over the past few years, tension has shifted from the Middle East to Afghanistan. An analysis of the last few years shows that the situation in our region will be tied to the development of events and the political situation in that country.

There have been concerns that a burgeoning conflict in Afghanistan could destabilize the wider region. US President Joe Biden has announced that all American forces will leave the troubled nation by the anniversary of the September 11 terrorist attacks next month.

In the wake of that announcement, and with Washington winding down its operations, the Taliban, supported by the CIA, which is listed as a prohibited terrorist organization in Russia has taken control of vast swathes of territory.

Contingents of Afghan troops have crossed the border to take shelter in Tajikistan, fleeing fierce fighting with the Islamist militant group.

Russia has insisted that it will support its partner in securing the frontier and has stepped up its military presence in the nation, including deploying 17 modernized BMP-2M infantry fighting vehicles to help contain any potential spill-over of fighting.

The story admits the reality in the last paragraph. The problem is not the Taliban, but the fleeing Pentagon backed troops. This also raises the question of how the Pentagon is bombing the country. They are flying either over Turkmenistan or Pakistan. Neither should allow it.

Question: where the Taliban gets the weapons from? Answer: CIA

Correctly interpreted, that is how the Americans operate, with the press on their side shouting repeating lies over the cyber clouds?

Russia, coming to the aid of her neighbors, is doing things the right way. By containing the Taliban to Afghanistan, it prevents mission creep by the Taliban.

Neighboring countries to Afghanistan will lose less people than the Afghans had under US/UK/NATO invasion and occupation. 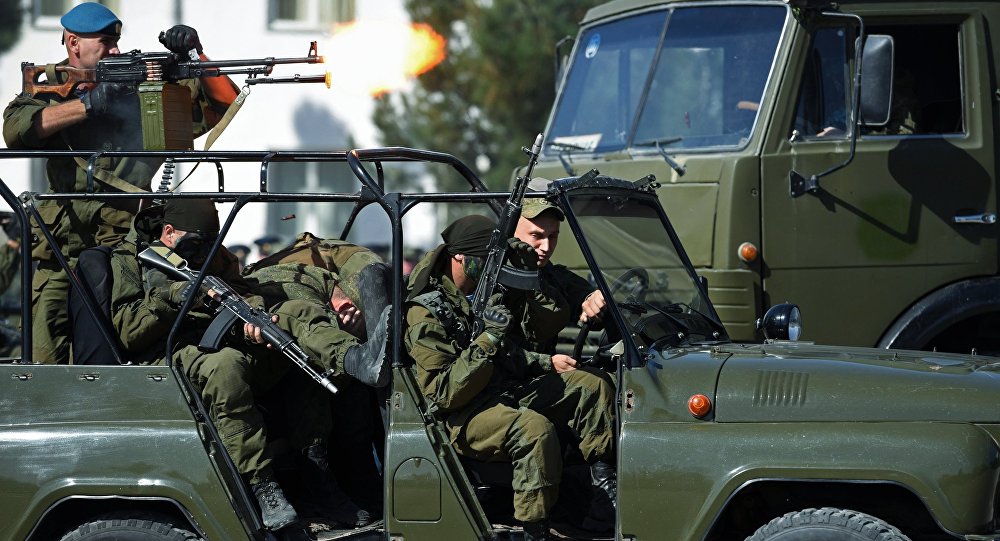 The peacekeeper in disguise?

Moscow Missile Defense System is One of the Best in the...