Christianity was born in Palestine, but its population there is forcefully dwindling in numbers.
Christians are facing a very dangerous situation, according to Archbishop Theodosios.

Following backlash, INPA withdrew the plan from the Jerusalem Municipality’s March agenda, saying it would instead have discussions with local churches on how to preserve the area.

The plan proposes expanding the Jerusalem Walls National Park, which surrounds the Old City, by about 25% and calls for taking over privately-owned Palestinian and Church-owned land, including some of the most sacred Christian sites.

Originally, the proposal also included a Jewish cemetery, but it was left out when Jewish authorities managing the cemetery opposed the decision. There is a direct link between what is happening in Sheikh Jarrah and the expansion plan.

These are various mechanisms used by Israel in East Jerusalem to entrench its sovereignty, to marginalize non-Jewish presence and to prevent needed development of Palestinian neighborhoods, thereby increasing the pressure to push them out of the Old City basin.

This is a brutal measure that constitutes a direct and premeditated attack on the Christians in the Holy Land, on the churches and on their ancient, internationally guaranteed rights in the Holy City.

Under the disguise of protecting green spaces, the plan appears to serve an ideological agenda that denies the status and rights of Christians in Jerusalem.

The Jerusalem Walls National Park was established after Israel annexed East Jerusalem following the 1967 Six-Day War. Its declaration included the areas designated for expansion, but those efforts did not come to fruition — until now.

The Jerusalem Walls National Park contains several Palestinian neighborhoods, including Wadi-Hilweh and al-Hizbe. It’s not just a ring around the Old City walls.

Both of these neighborhoods found themselves suddenly living inside a national park, which completely prevents their improvement and development and not to mention also brings heightened law enforcement.

The idea of declaring [areas] national parks or green zones is to impose restrictions, Baghdasaryan said, explaining how these restrictions have depleted the quarter’s commercial activity and economic growth.

Armenians bought these properties to secure the income for the patriarchate, the convent, to survive here, Father Koryoun Baghdasaryan Baghdasaryan chancellor of the Armenian Patriarchate of Jerusalem continued. Now there is no profit for us.

The churches are referring here to Israeli settler groups. More specifically, the settler associations Ir David Foundation (or El’ad) and Ateret Cohanim, which have been part of real estate and building operations in and around the Old City.

They are trying to create a ring of settlement-related tourism attractions around the Old City,” said Talya Ezrahi, external relations coordinator at Emek Shaveh, an Israeli non-profit focused on archaeology.

Their objective is to transform the identity of the space around the Old City from one that is multicultural and multi-faith into one that has a Judeo-centric narrative that justifies the invasive settlements.

Ateret Cohanim’s endeavors are slightly different. In the Christian Quarter of the Old City, the settler group purchased the Petra and New Imperial hotels from the Greek Orthodox Church in 2004 through a secret deal orchestrated by Nikolaos Papadimas, who was then responsible for the church’s properties.

Papadimas suddenly disappeared following the $1.25 million sale. Now, the New Imperial Hotel’s Palestinian management is embroiled in a legal battle against their eviction after Israel’s Supreme Court ruled the deal was done in good faith in 2019.

The hotel is situated between the Catholic and Greek Orthodox churches and next to the Old City’s main entrance, Jaffa Gate.

If this is in the hands of this radical group, this will threaten the Christian presence on Jaffa Gate and in Jerusalem, Walid Dajani, the hotel’s manager, told MintPress. His family has been running the hotel since 1949 and are protected tenants.

There are so many lands that belonged to churches in western Jerusalem that have been confiscated and so many Israeli official institutions were then built on these lands.

Both Father Baghdasaryan and Archbishop Theodosios described how nearly anyone wearing a cross while walking through the Old City will experience verbal or physical assaults from Jewish extremists.

Once a person is identified as a Christian — doesn’t matter whether he is a clergyman, seminarian or a lay person — they [the settlers] just behave like they are not welcome here. They spit on them. They curse them.

Armenian Christians are most susceptible to attacks, given the Armenian Quarter’s proximity to the Jewish Quarter.

Last May, Armenian reverends Father Tiran Hakobyan and Father Arbak Sarukhanyan were beaten by a group of Israeli settlers while walking to the Church of the Holy Sepulchre from the Armenian Convent. Sarukhanyan was hospitalized for his injuries.

Baghdasaryan has been spat on numerous times and Archbishop Theodosios has also been attacked when walking through the Old City. Some of them are kids.

They’re little children who spit, who verbally assault and who are treating religious people and elderly people in a very offensive way.

These children are being raised on racism and hatred. They think that Jerusalem only belongs to them and not to any other people.

Christianity was born in Palestine, but its population there is dwindling in numbers. In 2019, Jerusalem’s Palestinian Christian population was only 4% of the city’s demographic, with just under 5,000 residents left in the Old City’s Christian Quarter.

Archbishop Theodosios believes strategic efforts are behind the city’s decreasing Christian numbers. Violence and land confiscation are part of a larger plan to empty Jerusalem of its Christian inhabitants.

We are facing a very dangerous situation, Archbishop Theodosios explained, wherein a few years we might find the holiest city for Christians without any local Christians, without any indigenous Christians. 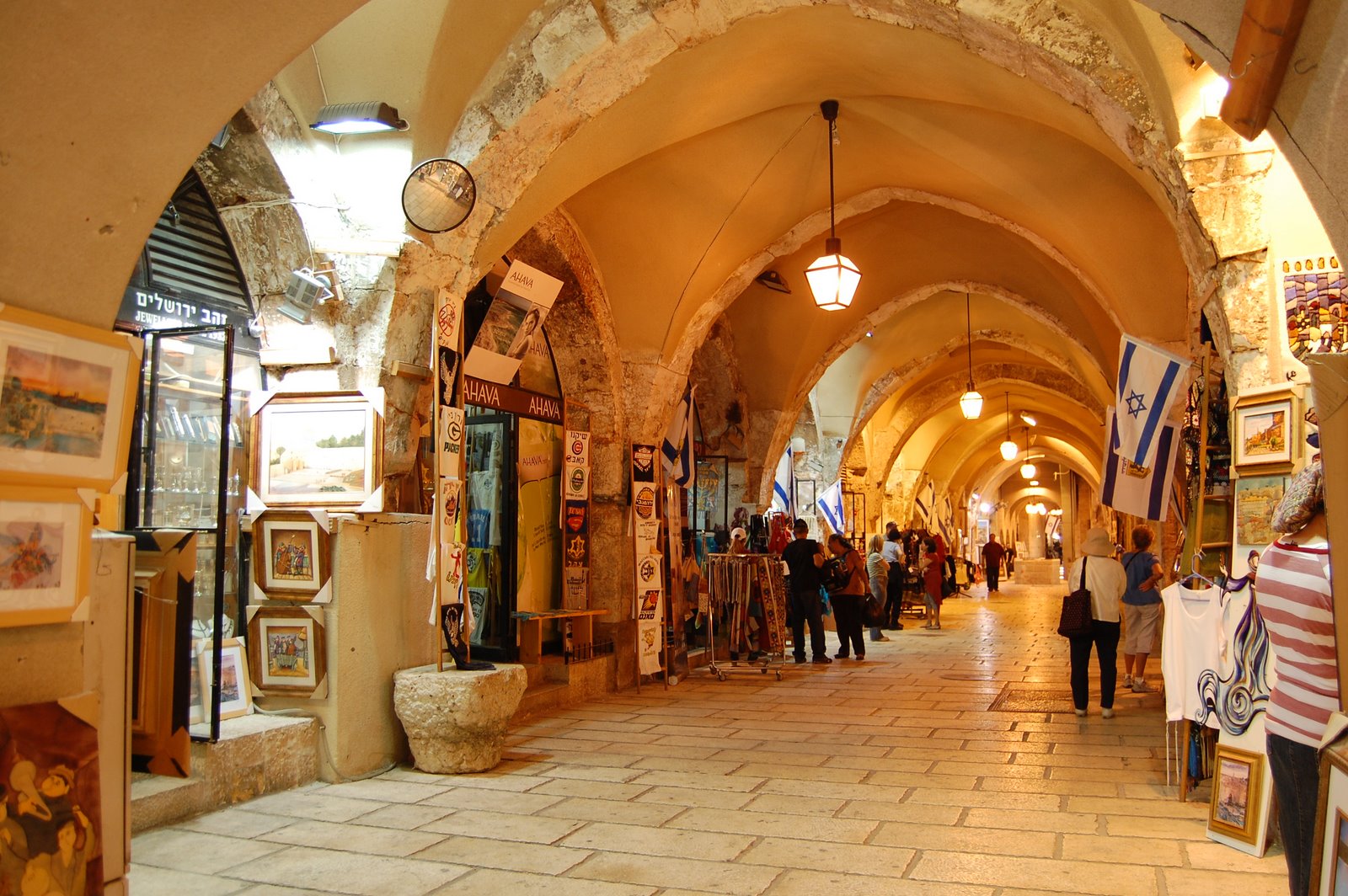