With Russia now officially cut off from both the US dollar and the euro, the state-owned VTB Bank has offered its clientele the opportunity to open Chinese yuan savings accounts that yield a maximum interest rate of 8%.

The country’s second-biggest bank has been hit by the Western sanctions aimed at the total financial isolation of Russia over its war in Ukraine.

In light of the rising dollar and euro exchange rates, many clients are showing interest in investing in other currencies, and the yuan is now one of the most affordable and promising options for investing funds.

Existing customers are reportedly able to open deposits remotely on VTB Online with a minimum amount of 100 yuan ($16). At VTB branches, they can deposit a minimum of 500 yuan.

According to the bank, the latest offer will be the most profitable alternative to deposits in other foreign currencies. The annual yield on a three-month deposit is 8% in dollars and 7% in euros.

Meanwhile, a six-month ruble deposit currently offers an annual percentage yield of 21%. VTB said that, over the past week, customers had invested over a trillion rubles ($15 billion) in traditional savings products.

Russian financial institutions have been placed under increasing pressure after Ukraine-related sanctions were introduced.

The banks have had to turn to China to start using its UnionPay system for credit cards, after Visa and Mastercard announced the suspension of operations in the country.

Some Russian banks can’t get access to other currencies, so yuan is probably the best other alternative, Khoon Goh, head of Asia research at the Australia & New Zealand Banking Group.

Still, the easiest way for Russia to raise yuan would be to receive yuan via trades. Russian banks’ clients who are exporters could sell to China and receive renminbi as payment. 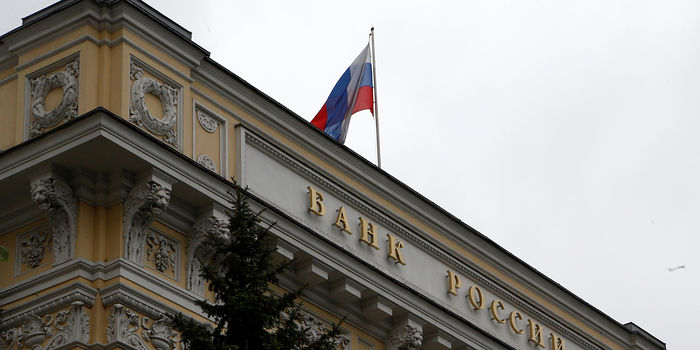 Getting ready for the Big Switch.