Chinese tech giants now face a regulatory crackdown of epic proportions, one that has erased billions of dollars from valuations as Chinese stocks plunge amid concerns such investments are increasingly high-risk bets.

As investors scramble to price the growing risk amid a regulatory reckoning that shows no sign of abating in China, understanding the motivations behind these developments has become a critical endeavor.

The logic driving China’s big tech clampdown is that the Chinese government has made clear it will no longer allow internet giants to make the rules on data collection and usage.

The saga began last October shortly after Alibaba’s founder Jack Ma delivered a speech in which the People’s Republic of China’s (PRC) once-favorite billionaire criticized financial regulators for stifling innovation at an industry summit in Shanghai.

Since then, there has been a steady stream of regulatory smack-downs: Alibaba was fined a record-breaking 18.2 billion yuan, Tencent has been forced to restructure itself as a financial holding company.

The Ant Group’s IPO was suspended and ride-hailing company DiDi has been removed from app stores across the mainland.

In the latest move, authorities have turned their attention to EdTech, calling for China’s once-lucrative online education companies to become non-profits. Tech companies and investors alike now find themselves wondering who regulators will target next.

In assessing the state of play, it should be pretty clear by now that this is about more than one ill-advised speech by Jack Ma. So what’s caused the regulators to take the gloves off?

Firstly, China seeks to maintain stability in and control over the financial system.

Ever since the 2008 global financial crisis, fears surrounding the threat of lender illiquidity that could spark a financial crisis have gripped Chinese authorities in a way that borders on paranoia. The Covid-19 pandemic has only exacerbated these fears.

While Jack Ma’s now-infamous speech may have catalyzed the crackdown, regulators’ concerns regarding the fintech industry’s potential to destabilize the wider financial system had been growing for years.

Before the crackdown, Ant was essentially operating as a financial institution without being regulated like one.

The fintech giant was lending money in partnership with traditional banks, but the banks, not Ant, harbored most of the risk. Extending massive loans without taking on the concomitant risk is a recipe for financial instability.

As of June 2020, the company had facilitated around US$230 billion in loans to consumers on behalf of banks and trust companies through the Alipay platform – according to calculations by the Wall Street Journal based on Ant’s disclosures.

The Party’s legitimacy is intertwined with the peoples’ prosperity. Anything that jeopardizes prosperity, including financial instability, is therefore dangerous to the Party. Regulators’ inability to access Ant’s data limited their ability to identify emerging risks.

This brings us to the second factor: access to data.

The CCP is obsessed with data – so much so that it was recently dubbed a factor of production alongside land, labor, capital, and technology.

Data from mobile payment platforms like Alipay and WeChat, food delivery apps like Meituan, and ride-hailing services like DiDi, generate massive amounts of data that can be used to map consumer behavior in incredible detail. 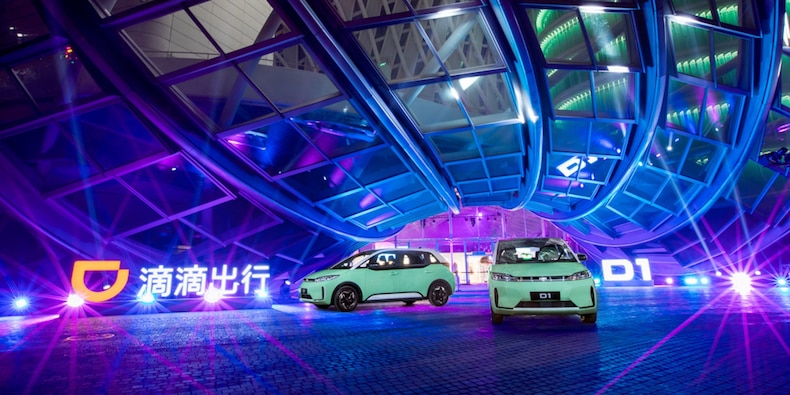 As Chinese state-led media points out, it [DiDi] controls the most detailed personal travel information among all the big internet companies operating in China.

According to the Cyberspace Administration of China (CAC), the body leading the data-related crackdown, Didi has engaged in serious violations of laws and regulations to collect and use personal data.

Perhaps ironically, Chinese authorities believe that this is worrisome because Didi seems to be able to analyze a person’s behavior and habit with big data [and] this poses potential data risks to individuals.

In today’s technology-driven world, data is a currency of power. China’s own state media explains the issue better than most: “the government will not allow internet giants to become rules-makers of data collection and usage.

The standards must be in the hands of the government to ensure that giant companies are restrained. The report went on to point out that no internet giant is allowed to become a super database that has more personal data about the Chinese people than the country does, not to mention using the data at its own will.

Against the backdrop of great power competition between China and the USA, authorities have also raised concerns regarding the fact that many companies like DiDi are listed in the US and have foreign shareholders, implying that their data could end up in the hands of rival forces.

The third factor driving the crackdown is linked to the massive amounts of power the tech giants have accumulated, allowing them to potentially exploit consumers and prevent market competition.

The move has seen regulators issue fines to at least a dozen tech firms after Alibaba, including Baidu, Byte Dance, and Tencent, for allegedly flouting monopoly rules including unapproved merger and acquisition activity.

SAMR has also targeted business practices like false advertising and unfair pricing that disadvantage the consumer.

The harsh conditions of low-wage employees working for certain tech firms have also recently garnered significant public attention and been placed under a regulatory microscope.

The anti-monopoly campaign is intimately linked to the data crackdown.

As Yu Xinmiao, associate professor at the Shanghai International College of Intellectual Property, told the media, “the number of Tesla’s Chinese customers is growing at an exponential rate as its cars become more affordable.

As data is growing more and more important, the new law could prevent the US company from abusing the data to squeeze out potential rivals.

How do EdTech companies fit into the equation? For one, they also receive foreign investment and collect reams of data. Additionally, many of the companies are foreign-owned and the CCP is keen to control what students are learning.

Analysts have framed the moves against the EdTech sector as an effort to make raising children and education more affordable to encourage population growth – in line with China’s shift from a one-child policy to a three-child policy.

It seems China’s industry associations may have been a tad overzealous, and authorities are now concerned about the rush of foreign capital leaving the country as investors react to the barrage of unforeseen regulatory action.

As prominent Sinocism blogger Bill Bishop explains, the message from the media sounds like we only meant to destroy one industry this time, trust us your money is safe, long-term there is lots of potential to make money investing in the PRC.

Bishop reckons the message will probably work. After all, greed usually prevails over fear. Meanwhile, China’s tech giants will likely put more effort into helping the PRC reach its goals – even if it comes at the expense of their own profits.

Wars are designed to put tax money into the pockets of banks and weapon factories?