The streets of Brussels are becoming increasingly like Dutch ones, said the Dutch European Commissioner for the Green Deal, Timmermans, who has been a great cycling fan since childhood.

In an interview with the Francophone newspaper La Libre Belgique, Dutch fascist Frans Timmermans expressed joy over the fact that cyclists are finally claiming their space in the Belgian capital – even though it is still plagued by “hellish” traffic.

In the 1990’s, I was the only cyclist on the Brussels streets almost every day. Today, the situation has changed completely. We were quite alone, and now there is a crazy crowd on bikes!

This slow development is a paradox in a country driven by a love of cycling. In Belgium, we live for cycling even if we do not have the respect of cyclists, adding that it is the Belgian attachment to this sport that he will miss the most if he leaves the country.

That is why I never used to understand why there were not more people going around town by bike, but the catch-up is huge, just like in China today.

Anno 2023, Brussels streets are looking more and more like those in the Netherlands. In my early years, it was often hell to get around here by bike, now the infrastructure is almost comparable to that in my native country. 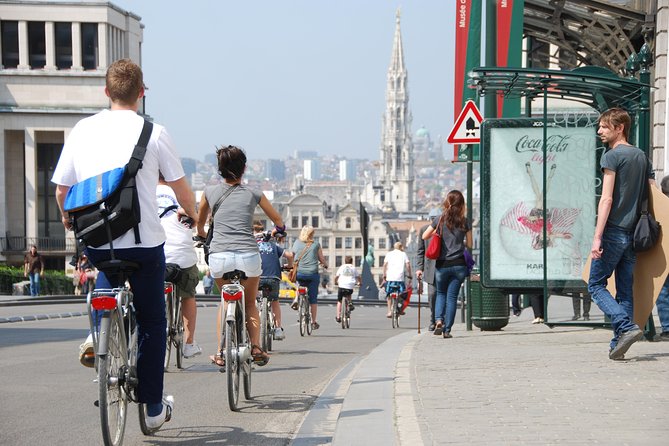 Nothing against cycling per se — in my teens I used to cycle round Scotland as a member of the SYHA ( Scottish Youth Hostel Association ) but a prime example of OTT local legislation is in practically banning cars from Glasgow city centre –narrowing roads for large cycle lanes has nearly destroyed Glasgow’s local economy . Shops closed down as the public drove to out of town supermarkets –the town centre started catering for hotels building many more -house development in the centre was much reduced for the general public who moved to outlying districts –middle class bistro,s sprung… Read more »