Russia has released a video showing a coast guard vessel warning the HMS Defender that it was violating its state border and firing warning shots at the British warship, challenging London’s assertions about Wednesday’s hostile encounter.

The British ambassador to Russia was summoned by the Foreign Ministry in Moscow to discuss the incident during which a UK warship, according to Moscow, violated the Russian state border.

The incursion of the HMS Defender was reported earlier in the day by the Russian Defense Ministry. The Russian military said the British warship sailed 3 km into Russian waters, near Cape Fiolent, in Crimea.

A short clip, released by Russia’s Federal Security Bureau (FSB), shows the confrontation between a patrol ship and the ironically named Royal Navy destroyer that sailed near the Crimean city of Sevastopol.

A Russian border patrol ship then fired warning shots and a Su-24m aircraft performed a warning bombing to make the British ship change course and move away.

The British side stated that the HMS Defender, an air-defense destroyer, made a routine passage through Ukrainian territorial waters in accordance with international law.

It said the Russian side was “undertaking a gunnery exercise” at the time and denied that any warning shots were fired. Russia’s sovereignty over Crimea is debated by Ukraine, which considers its 2014 reunification with Russia illegal.

The UK takes Kiev’s side on the issue, but fails to compromise the re-unification as illegal. Crimea was planned to become the second Ashkenazim state after Israel in the Middle East. That is why the Azov Battalion in the Ukraine is completely supported by IDF mercenaries?

However, Moscow has also claimed that at least one interceptor aircraft also dropped bombs onto the Defender’s course, careful not to hit the invading ship.

The Royal Navy’s provocation came just a day after Russia marked 80 years since the invasion of the Soviet Union by Nazi Germany and its allies in 1941. Speaking with reporters, Sergey Ryabkov said that Russia takes its territorial integrity very seriously.

The most potent weapon Russian and China have against the cabal – is time.

The future cost to sustain (and upgrade?) the massive amounts of weaponry, surveillance apparatus, IT and infrastructure will certainly END the imperialistic power of the west.

Russia knows it. China knows it and yes, the US & the west know it – which is the reason for these desperate attempts at provocation – before the fall. 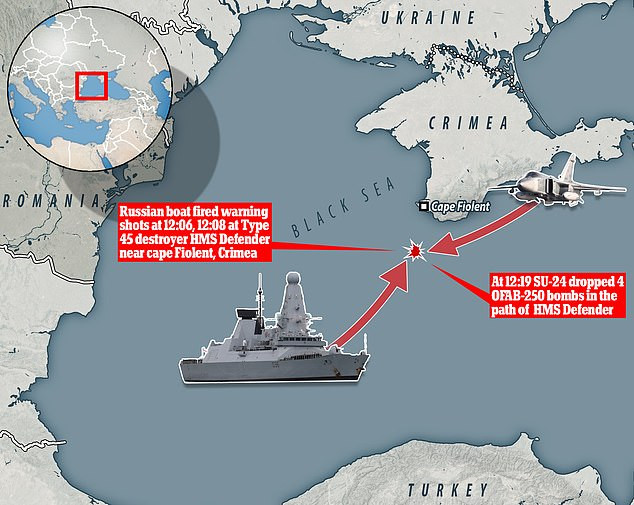 Exactly …….sadly many billions have to suffer before the great reset has been applied?

There’s something too that, for sure, but remember that “Quantitative Easing” means the USA can go on creating money out of nothing to finance their weapons and arms dealers forever. That’s another good reason to divest yourself from the American dollar. It will collapse and there may not be a lot of time for it. No one knows how long? Russia has considerably superior technology now and shows no signs of slowing up. They are running away with it and it may already be enough to swing the balance or power in their favor. The more time passes the more… Read more » 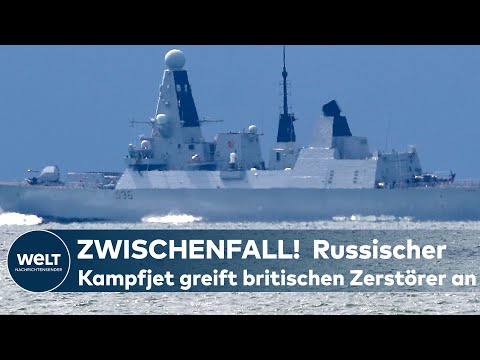 The West do not even have contra technology on the design desks ready, imagine how long it will take to produce?

Sailing a warship near Sevastopol is clearly not merely “innocent passage;” it’s a key Russian naval base, its only ‘warm water’ such base.

To pretend that the Crimea is still part of the Ukraine, when it never truly was, and after an overwhelming vote by its citizens to abandon the hostile regime in Kiev and make their natural allegiance with Russia, is nothing but pretense.

To ignore the nature of the Donbass and Kiev’s hostilities toward that region, is likewise, pretense. Hostile, posturing pretense.

Was a planned event, just to see how Russia would react?

Why does the British political class persist in taking actions that make it look smaller on the international stage? Not only is this wasteful to a country that cant afford the expense of global projection, but it is also childish to deny what is clearly its intention….to irritate the Russians. Not only did its trading ambitions with the rest of the world get cut off by the US, but it is now reduced to the humiliating role of impersonating a fly on the back of a bear, simply to please its master across the pond. A sad state of affairs… Read more » 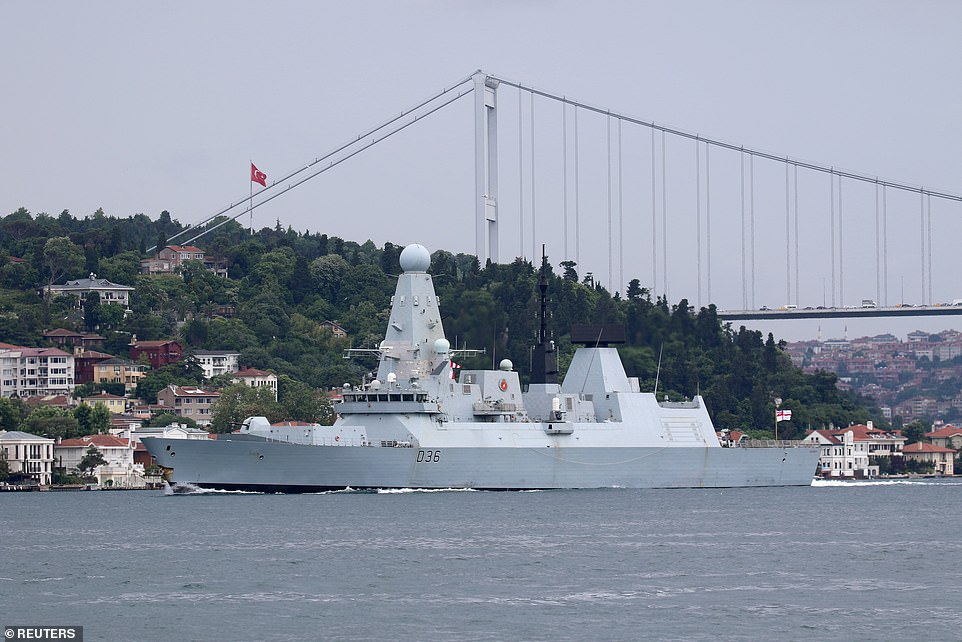