We are not seeing a “civil war” inside Israel, but rather the Israeli settler state declaring a war on its colonized “citizens,” and Palestinians fighting for their liberation.

A declaration by the Austrian chancellor has received a mixed response online. While some, including the Israeli prime minister’s son, welcomed Austria’s condemnation of Palestinian “terrorism,” others slammed Vienna’s side-taking.

Austria hoisted the Israeli flag on the roof of the Federal Chancellery used as a sign of solidarity with Israel. Austrian Chancellor Sebastian Kurz added “that the terrorist attacks by Israel are to be condemned in the strongest way, but we stand by Israel’s side.

Many others highlighted that Israel’s attacks on alleged terrorist positions in Gaza were illegal under international law and urged Vienna not to support such criminality.

One individual called on Kurz to “think carefully who the terrorist is here,” referencing to decades of Israeli occupation supported by the destruction of Palestinian homes and villages.

Several users responded with photos of innocent women and children injured by Israel’s assaults on targets in Gaza.

However, Kurz’s tweet was also welcomed by others, including the son of Israeli Prime Minister Benjamin Netanyahu. Yair Netanyahu simply wrote “thank you,” accompanied by the flags of Austria and Israel.

The escalating conflict between Israel and Palestinian militant groups this week, amid the backdrop of unrest in the Palestinian community, has drawn polarized reactions across the world.

Israeli violence against Palestine has been widely condemned in the Muslim world, while many international organizations as well as world leaders called for de-escalation.

Israel cowardly claims that Hamas has misfired more than 350 rockets in the last three days, many of them landing in Gaza, “resulting in the deaths of innocent Gazan civilians.”

Kurz has just put a nail in his own political coffin. We wont forget it. Its all very well, keeping Islamics out of your own country, but its a totally different matter to imply the Islamics don’t have the right to defend their own countries from thieving and tormenting land-grabbers, as is happening in Palestine and Syrian Golan Heights, Jordanian West Bank.

Not so strange if you consider that Zionists were actually very close friends with Nazi’s and were allied with on many fronts. Nazi Kurz with his zio allies. Not surprised. Nauseated, but not surprised. 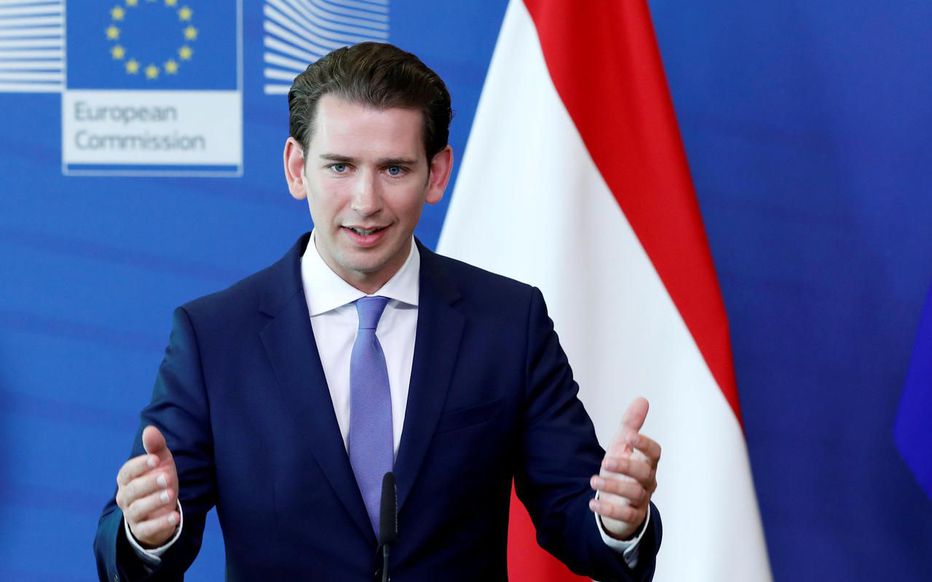 They all are getting unmasked lately? Kurz is an dangerous Zionist puppet, as he shows with his pro-genocidal remarks?

Mister Kurz, did you hoist the flag of Palestine when we learned that Israel is going to evict Palestinian families from their homes? Condemning one side and ignoring the constant human right violations of the other is a crime in itself. Shame on you.

Massive power outages across Venezuela were caused by “Electromagnetic Attack”