Armed pirates have attacked a Turkish cargo vessel off the coast of Nigeria, taking nearly a dozen sailors, all Turkish nationals, hostage for ransom.

The Turkish shipping company Kadioglu Denizcilik, which operates the ship, said that the Turkish-flagged vessel Paksoy-1 was sailing without freight from Cameroon’s port city of Douala to Abidjan in Ivory Coast when the pirates boarded the ship in the Gulf of Guinea in the Atlantic Ocean. 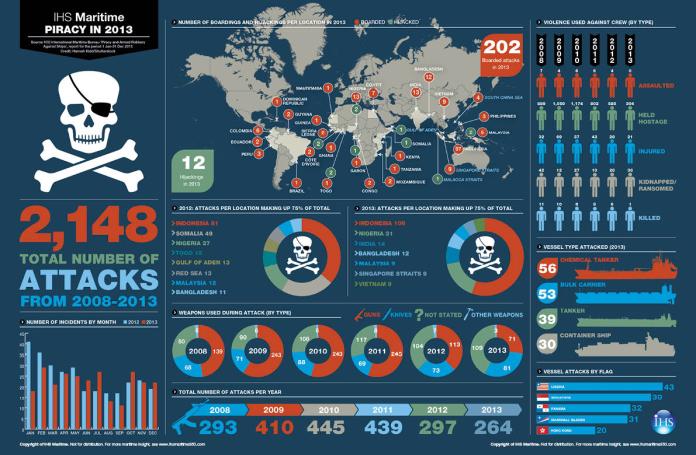 Numan Paksoy operations manager told reporters that there were 18 people aboard the 8,900 ton ship, and 10 among them were kidnapped. The ship has reportedly been brought to the territorial waters of neighboring Ghana.

A ship from the Ghanaian Navy is said to be sailing close to the abandoned cargo vessel, and Ghanaian officials are trying to communicate with the pirates for the release of the personnel, including the captain and first mate.

The Turkish Foreign Ministry said in a statement that it was in contact with Nigerian and Ghanaian authorities to secure the release of the kidnapped Turkish citizens.

Piracy and abductions for ransom are common in the Gulf of Guinea. In 2018 a gang of pirates took hostage 12 crew members of a Swiss cargo ship they attacked in Nigerian waters.

Last week, the International Maritime Bureau described the water body as the most dangerous area in the world for piracy. It said 73% of all sea kidnappings and 92% of hostage-takings took place in the Gulf of Guinea.