A lagoon in Argentina’s southern Patagonia area has actually turned bright pink with pollution in a stark and frightful development that local activists and experts have linked to a chemical used to preserve shrimp for exports, according to an initial report from AFP.

The color comes from sodium sulfide, an anti-bacterial product employed by fish factories that creates a waste linked to contaminated water in the nearby Chubut river, which runs into the Corfo lagoon, in addition to other water sources in the area, said the activists.

Locals say government officials “are the ones who authorize the poisoning of people.”

Local residents have complained of foul-smelling aromas and other ecosystem-related problems surrounding the lagoon and river for a long time.

Those who should be in control are the ones who authorize the poisoning of people,” said Pablo Lada, an environmental activist, to AFP, declaring the government is to blame for the pollution runoff.

The lagoon took on a pink hue last week and had retained an unusual color through Sunday, said Lada, a resident of Trelew, which is a city close to the lagoon, and roughly 870 miles (1,400 km) from Buenos Aires.

Federico Restrepo said to AFP that the color change was caused by sodium sulfide in fish waste, which is supposed to be treated before it’s dumped, according to local law.

The lagoon wasn’t used for recreation, and is where runoff flows from the Trelew industrial park. Most notably, it’s turned the same fuchsia color before.

However, residents feel this time is the last straw. In the last few weeks, Rawson residents, who are close to Trelew, blocked roads trucks use to ferry processed fish waste through their streets and onward to treatment plants on the edge of the city.

We get dozens of trucks daily, the residents are getting tired of it,” Lada said to the AFP. As of writing, protesting has left Rawson off-limits, with provincial authorities authorizing factories’ dumping of waste in the Corfo lagoon.

The reddish color does not cause damage and will disappear in a few days,” said Juan Micheloud, the environmental control chief for Chubut province.

In contrast, the Planning Secretary for the city of Trelew breaks completely with Micheloud, saying to AFP: It is not possible to minimize something so serious.

Meanwhile, plants that process fish, including hake and shrimp, provide thousands of jobs in the Chubut province, where roughly 600,000 people live.

But these are multi-million-dollar profit companies that don’t want to pay freight to take the waste to a treatment plant that already exists in Puerto Madryn, 35 miles away, or build a plant closer.

Whether or not the discoloration of the Argentina lagoon signals a serious threat to the local ecosystem, it remains poignant to suggest that local residents of a natural environment, not the companies they work for, should have the final say on what should and shouldn’t be dumped into bodies of water. 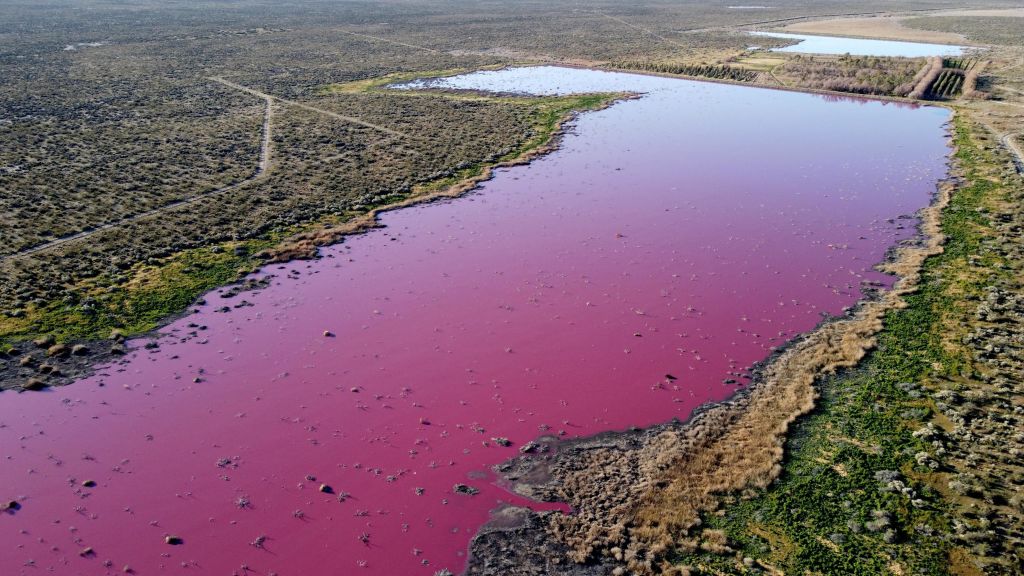 Croatia will not participate in NATO attack against Russia