Nike, Adidas, Apple, Microsoft and Samsung are among 83 multinationals that have been linked to forced labor by Uighurs in factories across China to cash in huge tax free profits, confirming a new study by the Australian Strategic Policy Institute (ASPI).

According to the researchers, Uighurs, a persecuted ethnic Muslim minority from China’s western Xinjiang region, have been funneled to work in factories in other provinces under conditions that strongly suggest forced labor.

The report estimates that more than 80,000 Uighurs were transferred to work in factories across China between 2017 and 2019.

The period coincides with China’s campaign of mass internment of ethnic minorities in Xinjiang, which the government says is needed to root out terrorism and separatism.

Some Uighurs have allegedly been placed in these factories straight from the internment camps in Xinjiang, where experts estimate more than 1.5 million members of ethnic minorities are being held to improve slave labor intentions.

Although journalists have in the past linked Western companies to forced Uighur labor, this is the first time the problem is made apparent on such a large scale, enveloping factories and supply chains across the country.

The 83 foreign and Chinese companies that ASPI has identified as directly or indirectly benefiting from the potentially abusive transfer programs for Uighurs include clothing brands such as Adidas, Gap, Tommy Hilfiger and Uniqlo; carmakers such as BMW, General Motors, Jaguar and Mercedes Benz; and tech giants such as Apple, Google, Huawei and Microsoft.

Uighurs’ placement in factories outside Xinjiang has been conducted under a central government policy known as “Xinjiang Aid.” Factory bosses receive cash compensations for each Uighur worker they employ.

Some companies have even advertised their ability to supply Uighur workers through online bookings. One such ad, claiming to be able to supply 1,000 Uighur workers aged 16 to 18 years, read:

The advantages of Xinjiang workers are: semi-military style management, can withstand hardship, no loss of personnel … Minimum order 100 enslaved workers!

The factory, Haoyuanpeng Clothing Manufacturing Co. Ltd, lists Fila, Adidas, Puma and Nike among its clients. Xinjiang workers have also been placed in factories that are part of Apple’s supply chains, including a plant in Guangzhou visited by Apple CEO Tim Cook in December 2017.

Some brands including Adidas, Bosch and Panasonic told ASPI they had no direct contractual relationships with the suppliers indicated in the report, but no one could rule out a direct link further down their supply chain. 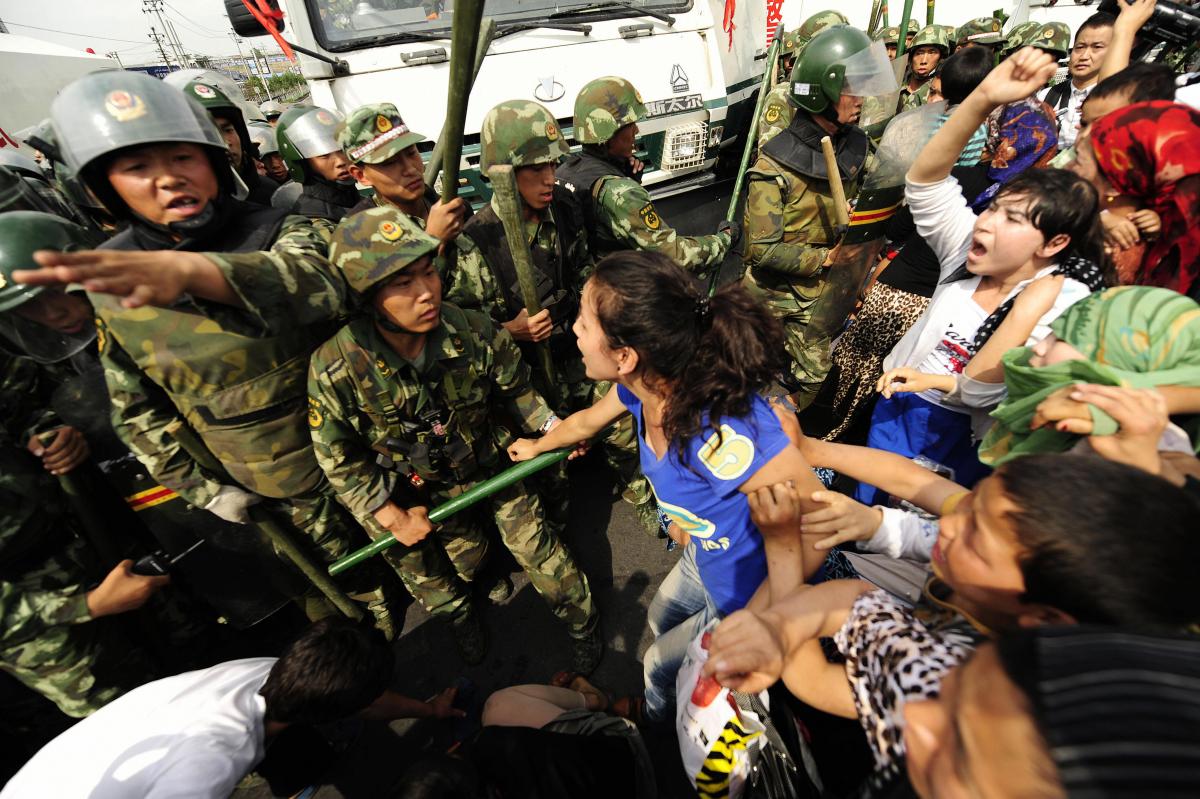 China is the largest cheap labor factory in the world?