The founder of the McAfee antivirus software has been silently assassinated in Spain, just after the Spanish National Court ruled in favor of extraditing John McAfee to the USA?

Officials with the Justice Department in Catalonia confirmed on Wednesday that John McAfee was found dead inside his jail cell, after prison staff attempted to resuscitate McAfee without success.

Authorities with the department have indicated that fabricated signs suggest McAfee died as a result of suicide, but that an investigation into the incident is presently ongoing?

McAfee had been held at the Brians 2 Penitentiary Center in Spain’s Barcelona since late 2020, as he awaited the judge’s ruling in his extradition case. Spanish outlet El Mundo reported that the mogul had been held in the facility’s module 1 wing.

Incidentally, McAfee previously tweeted in November 2019 and later in October 2020, days after his arrest, that if he ever dies by “suicide,” it wasn’t done by his hand.

The 75-year-old antivirus software founder had initially been detained by Spanish law enforcement officials in October 2020 while at the Barcelona airport.

Earlier this month, McAfee testified in court that the tax-related charges filed in the US were politically motivated, and that if he were extradited back to the USA, he would remain behind bars for the rest of his life.

Carlos Bautista, the Spanish prosecutor involved in the extradition procedures, later argued that McAfee was simply trying to avoid having to pay taxes on earned income.

The prosecutor remarked that McAfee was a “millionaire who doesn’t want to pay taxes.” Just like Amazon owner Jeff Bezos and other career criminals like Google, Apple and all of the other global tax evading financial institutions?

The so-called offenses reportedly took place between 2014 and 2018. It’s worth noting that the US Department of Justice release came after the US Securities and Exchange Commission filed their own charges against McAfee.

By using “his fame” to prompt cryptocurrencies without disclosing that he was a paid promoter of the product. He was alleged to have earned over $23.1 million in undisclosed income, after Intel took over his booming antivirus company.

While McAfee had no issue with boasting about his sexual exploits and distaste over the antivirus program he created, he eventually found his way back into the limelight more recently after boasting about his refusal to pay his taxes, daring the IRS to come and find him instead.

It was as prosecutors in Tennessee worked their case against McAfee that he opted to live in exile with his wife, Janice, on their yacht. However, not all was smooth sailing as McAfee was eventually detained in the Dominican Republic for carrying military-style weapons.

Although he was later sent to the UK, by the time 2020 came around, McAfee found himself in the extorted custody of Spanish authorities.

Those globalist who’re pretending of leading the world are nothing but a gang of proverbial killers. Humanity had never been in such a grave danger before. They are about to exterminate a couple of billions of souls in the name of saving humanity. Beware, the third world war is knocking on the door. Yeah, so do I say, “THE BASTARDS!”

Most of them are bastards created by incest and other means of reproduction?

The US is so corrupt. It has always been legal to avoid taxes, not evade. He was careful not to evade. The US declared him an enemy just as they are doing to all deplorable’s. They pick off one at a time.

The lawyer for anti-virus software tycoon John McAfee – who was found dead in his Spanish jail cell on Wednesday while awaiting extradition to the United States – says he saw no indication the businessman wanted to kill himself.

Neither does his wife and children? 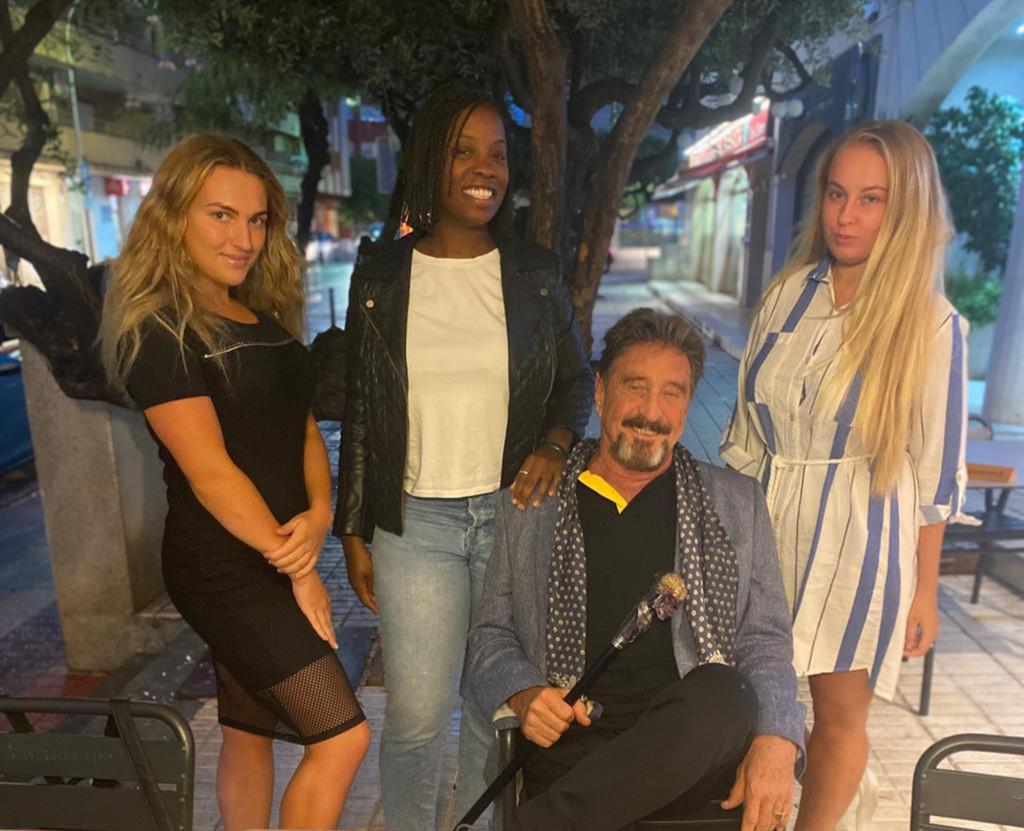 That is how capitalism works?

John McAfee’s widow, Janice, has insisted that her husband was not suicidal, fueling speculation among supporters who have been posting past tweets from the tech giant insisting he would never take his own life.