In March 2022, UN Secretary-General Antonio Guterres warned of a hurricane of hunger and a meltdown of the global food system in the wake of the crisis in Ukraine.

Guterres said food, fuel and fertilizer prices were skyrocketing with supply chains being disrupted and added this is hitting the poorest the hardest and planting the seeds for political instability and unrest around the globe.

However, according to the International Panel of Experts on Sustainable Food Systems, there is currently sufficient food and no risk of global food supply shortages.

We see an abundance of food but skyrocketing prices.

The issue is not food shortage but speculation on food commodities and the manipulation of an inherently flawed global food system that serves the interests of corporate agribusiness traders and suppliers of inputs at the expense of people’s needs and genuine food security.

The war in Ukraine is a geopolitical trade and energy conflict.

It is largely about the US engaging in a proxy war against Russia and Europe by attempting to separate Europe from Russia and imposing sanctions on Russia to harm Europe and make it further dependent on the USA.

Economist Professor Michael Hudson recently stated that ultimately the war is against Europe and Germany. The purpose of the sanctions is to prevent Europe and other allies from increasing their trade and investment with Russia and China.

Neoliberal policies since the 1980’s have hollowed out the US economy. With its productive base severely weakened, the only way for the USA to maintain hegemony is to undermine China and Russia and weaken Europe.

Hudson says that, beginning a year ago, Biden and the US neocons attempted to block Nord Stream 2 and all (energy) trade with Russia so that the US could monopolize it itself. The sudden explosion of the Nord Stream 2 pipeline was no accident either.

Despite the ‘green agenda’ currently being pushed, the US still relies on fossil fuel-based energy to project its power abroad.

Even as Russia and China move away from the dollar, the control and pricing of oil and gas (and resulting debt) in dollars remains key to US attempts to retain hegemony.

The USA knew beforehand how sanctions on Russia would play out. They would serve to divide the world into two blocks and fuel a new cold war with the USA and Europe on one side with China and Russia being the two main countries on the other.

US policy makers knew Europe would be devastated by higher energy and food prices and food importing countries in the Global South would suffer due to rising costs.

It is not the first time the US regime has engineered a major crisis to maintain global hegemony and a spike in key commodity prices that effectively trap countries into dependency and debt.

In 2009, Andrew Gavin Marshall described how in 1973 – not long after coming off the gold standard – Henry Kissinger was integral to manipulating events in the Middle East (the Arab-Israeli war and the ‘energy crisis’).

This served to continue global hegemony for the USA, which had virtually bankrupted itself due to its war in Vietnam and had been threatened by the economic rise of Germany and Japan.

He also cemented the petrodollar system with the Saudis and subsequently placed African nations, which had embarked on a path of (oil-based) industrialization, on a treadmill of dependency and debt due to the spike in oil prices.

It is widely believed that the high-priced oil policy was aimed at hurting Europe, Japan and the developing world. 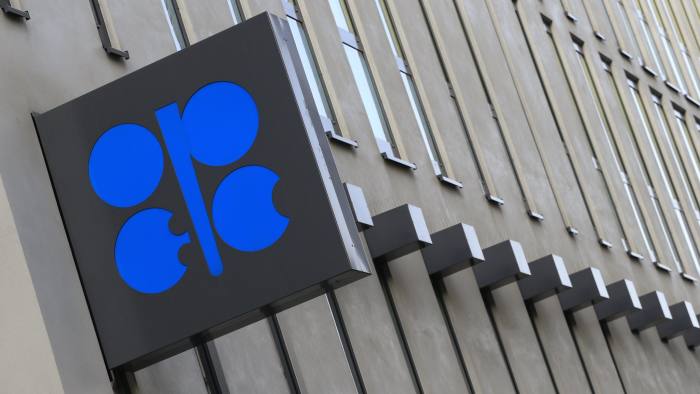 Today, the US is again waging a war on vast swathes of humanity, whose impoverishment is intended to ensure they remain dependent on the USA and the financial institutions it uses to create dependency and indebtedness – the World Bank and IMF.

Hundreds of millions will experience (are experiencing) poverty and hunger due to US policy.

These people (the ones that the USA and Pfizer et al supposedly cared so much about and wanted to get a jab into each of their arms) are regarded with contempt and collateral damage in the great geopolitical game.

Contrary to what many believe, the USA has not miscalculated the outcome of the sanctions placed on Russia. Michael Hudson notes energy prices are increasing, benefiting US oil companies and US balance of payments as an energy exporter.

Moreover, by sanctioning Russia, the aim is to curtail Russian exports (of wheat and gas used for fertilizer production) and for agricultural commodity prices to therefore increase. This too will also benefit the USA as an agricultural exporter.

This is how the USA seeks to maintain dominance over other countries.

Current policies are designed to create a food and debt crisis for poorer nations especially. The USA can use this debt crisis to force countries to continue privatizing and selling off their public assets in order to service the debts to pay for the higher oil and food imports.

This imperialist strategy comes on the back of ‘Covid-19 relief’ loans which have served a similar purpose. In 2021, an Oxfam review of IMF Covid-19 loans showed that 33 African countries were encouraged to pursue austerity policies.

The world’s poorest countries are due to pay $43 billion in debt repayments in 2022, which could otherwise cover the costs of their food imports.

Oxfam and Development Finance International have also revealed that 43 out of 55 African Union member states face public expenditure cuts totaling $183 billion over the next five years.

The closure of the world economy in March 2020 (‘lock-down’) served to trigger an unprecedented process of global indebtedness.

Conditionalities mean national governments will have to capitulate to the demands of Western financial institutions. These debts are largely dollar-denominated, helping to strengthen the US dollar and US leverage over countries.

The USA is creating a new world order and needs to ensure much of the Global South remains in its orbit of influence rather than ending up in the Russian and especially Chinese camp and its belt road initiative for economic prosperity.

Post-Covid-19, this is what the war in Ukraine, sanctions on Russia and the engineered food and energy crisis are really about.

Back in 2014, Michael Hudson stated that the US has been able to dominate most of the Global South through agriculture and control of the food supply.

The World Bank’s geopolitical lending strategy has transformed countries into food deficit areas by convincing them to grow cash crops – plantation export crops – not to feed themselves with their own food crops.

The oil sector and agribusiness have been joined at the hip as part of US geopolitical strategy.

The dominant notion of ‘food security’ promoted by global agribusiness players like Cargill, Archer Daniel Midland, Bunge and Louis Dreyfus and supported by the World Bank is based on the ability of people and nations to purchase food.

Along with oil, the control of global agriculture has been a linchpin of US geopolitical strategy for many decades.

The Green Revolution was exported courtesy of oil-rich interests and poorer nations adopted agri-capital’s chemical- and oil-dependent model of agriculture that required loans for inputs and related infrastructure development.

What we have seen has been the transformation of many countries from food self-sufficiency into food deficit areas.

And what we have also seen is countries being placed on commodity crop production treadmills. The need for foreign currency (US dollars) to buy oil and food entrenches the need to increase cash crop production for exports.

The World Trade Organization’s Agreement on Agriculture (AoA) set out the trade regime necessary for this type of corporate dependency that masquerades as ‘global food security’.

This is explained in a July 2022 report by Navdanya International – Sowing Hunger, Reaping Profits – A Food Crisis by Design – which notes international trade laws and trade liberalization has benefited large agribusiness and continue to piggyback off the implementation of the Green Revolution.

The report states that US lobby and trade negotiations were headed by former Cargill Investors Service CEO and Goldman Sachs executive – Dan Amstutz – who in 1988 was appointed chief negotiator for the Uruguay round of GATT by Ronald Reagan.

This helped to enshrine the interests of US agribusiness into the new rules that would govern the global trade of commodities and subsequent waves of industrial agriculture expansion.

The AoA removed protection of farmers from global market prices and fluctuations. At the same time, exceptions were made for the USA and the EU to continue subsidizing their agriculture to the advantage of large agribusiness.

With the removal of state tariff protections and subsidies, small farmers were left destitute.

The result has been a disparity in what farmers earn for what they produce, versus what consumers pay, with farmers earning less and consumers paying more as agribusiness middlemen take the biggest cut.

Food security’ has led to the dismantling of food sovereignty and food self-sufficiency for the sake of global market integration and corporate power.

We need look no further than India to see this in action. The now repealed recent farm legislation in India was aimed at giving the country the ‘shock therapy’ of neo-liberalism that other countries have experienced.

The ‘liberalizing’ legislation was in part aimed at benefiting US agribusiness interests and trapping India into food insecurity by compelling the country to eradicate its food buffer stocks.

So vital to the nation’s food security evaporated – and then bid for food on a volatile global market from agribusiness traders with its foreign reserves.

The Indian government was only prevented from following this route by the massive, year-long farmer protest that occurred.

The current crisis is also being fueled by speculation. Navdanya cites an investigation by Lighthouse Reports and The Wire to show how speculation by investment firms, banks and hedge funds on agricultural commodities are profiting off rising food prices.

Commodity future prices are no longer linked to actual supply and demand in the market but are based purely on speculation.

The cynical ‘solution’ promoted by global agribusiness to the current food crisis is to urge farmers to produce more and seek better yields as if the crisis is that of underproduction.

It is the same old industry lie that the world will starve without its products and requires more of them. The reality is that the world is facing hunger and rising food prices because of the system big agribusiness has instituted.

And it is the same old story – pushing out new technologies in search of a problem and then using crises as justification for their rollout while ignoring the underlying reasons for such crises.

Navdanya sets out possible solutions to the current situation based on principles of agroecology, short supply lines, food sovereignty and economic democracy – policies that have been described at length in many articles and official reports over the years.

As for fighting back against the onslaught on ordinary people’s living standards, support is gathering among the labor movement in places like the United Kingdom.

Rail union leader Mick Lynch is calling for a working class movement based on solidarity and class consciousness to fight back against a billionaire class that is acutely aware of its own class interests.

For too long, ‘class’ has been absent from mainstream political discourse.

It is only through organized, united protest that ordinary people will have any chance of meaningful impact against the new world order of tyrannical authoritarianism and the devastating attacks on ordinary people’s rights, livelihoods and standards of living that we are witnessing.